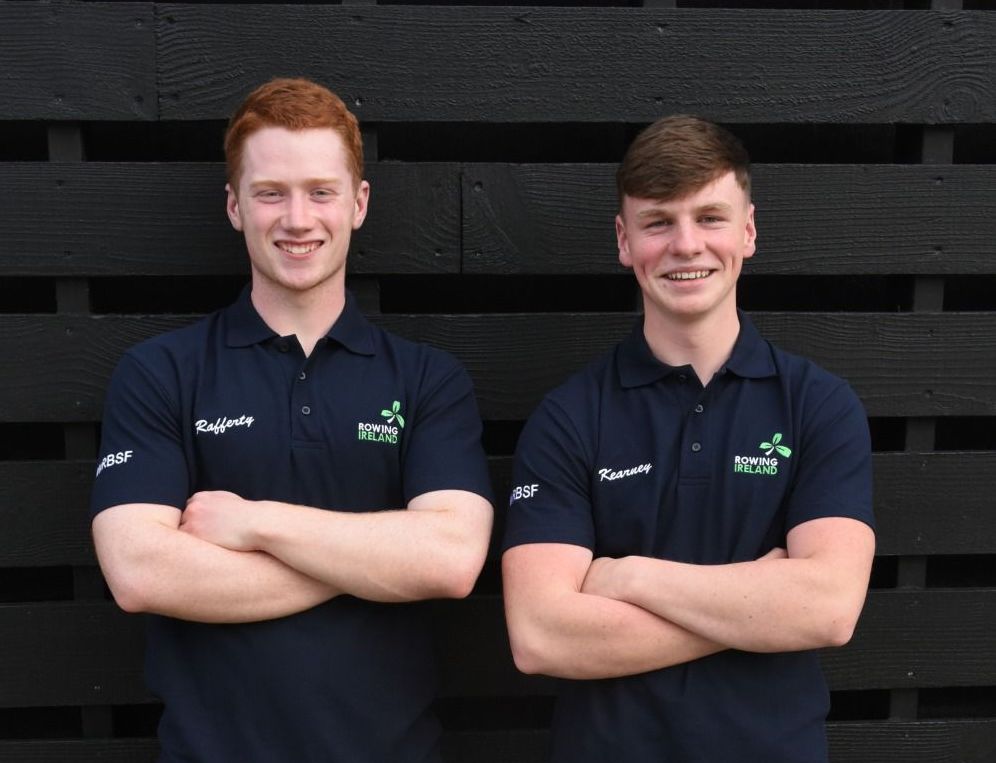 A number of Ireland crews made the grade on what was a tough first day of competition at the World Rowing Beach Sprints at Saundersfoot in Wales.
The junior (under-19) double of Shane Rafferty and Aidan Kearney (pictured) finished seventh in their time trial, then beat Germany in round two to qualify for a quarter-final on Sunday. They will take on the United States.
The mixed coxed quad of Niamh Doogan, Dineka Maguire, Noel Creedon, Kealan Mannix and Cian Mac Suibhne were eighth in their time trial and beat Japan in round two. Their quarter-final is against France on Saturday. Monika Dukarska’s placing of sixth in the women’s solo time trial was enough to send her directly to the last sixteen on Sunday – the top time triallists were double Olympic gold medallist Helen Glover and Emma Twigg, the reigning Olympic champion in the single sculls.

On Saturday, Kealan Mannix will compete in a second time trial of the men’s solo and the mixed double of David Hussey and Miriam Sheehan are set to compete in a repechage.
Both junior solos, the junior mixed double and junior women’s double missed out on qualification.