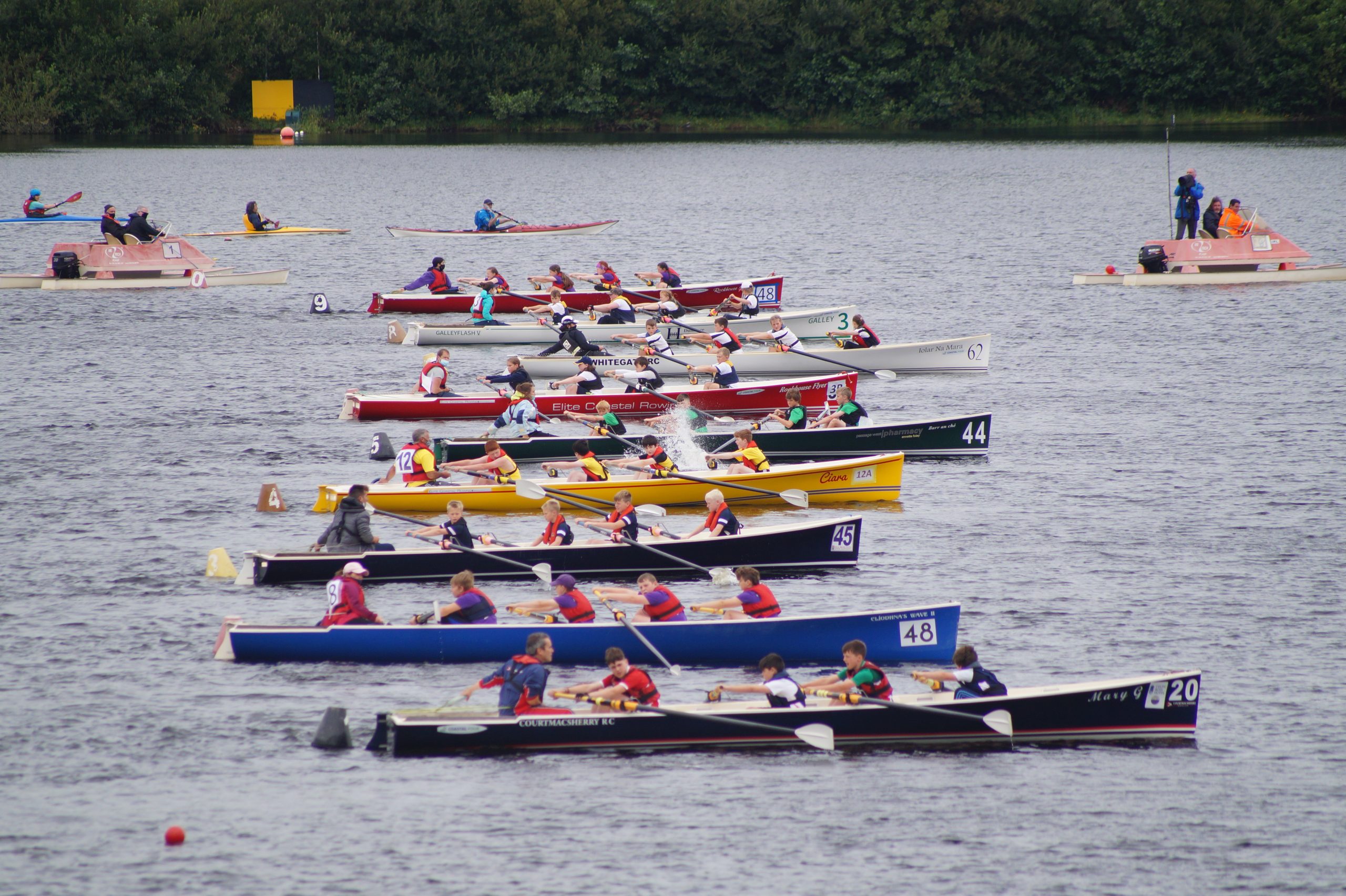 Two hundred and thirty seven crews competed in the Irish Coastal Rowing Championships, hosted by Portmagee Rowing Club at the National Rowing Centre. The event was held over two days and the crews were spread across 37 categories, featuring a mix of coastal four and traditional boat races.

The competition for Overall Club of the Championships was hotly contested. Whitegate Rowing Club took it, ahead of Passage West (second) and Kimacsimon in third.

The first race on Saturday was the senior mixed and his was won by a composite crew of Wicklow and Killorglin. In the coastal four under-16 women even the photo finish could not separate the two leading boats from Rosscarbery and Whitegate. A dead heat was declared and both clubs shared first place.

In the veteran mixed it was the Castletownbere/Myross who took home the gold ahead of Passage West in second and Kimacsimon in third.

In the traditional races Wicklow, Edermine Ferry and Portmagee dominated proceedings and in the Cork Yawls race it was Galley Flash from West Cork that won the men’s race and Whitegate from East Cork took the women’s honours.

In one of the most competitive races of the event the masters mixed Edermine Ferry from Wexford won, with Kilmacsimon of Cork in second place and Callinafercy from Kerry taking bronze. This race saw an outstanding achievement: Callinafercy’s John Joe O’Sullivan (75) became the oldest person to secure a medal at the Irish Coastal Championships.

John Joe also had five grandchildren taking part over the weekend, showcasing the family-orientated nature of the sport of coastal rowing.

The senior men’s race was won by the Wicklow/Portmagee composite crew and Castletownbere took the gold in the senior women’s race.

Regatta Director Shane Russell said the event was a wonderful success and thanked everyone who made the event possible. “Given that many of these crews have not had a race in well over a year it was great to see so many clubs and crews attending the event. I would also like to thank the volunteers, stewards, race officials and medical teams who did a superb job over the weekend. A huge thanks must go to our host club, Portmagee Rowing Club, who arranged a wonderful event.”