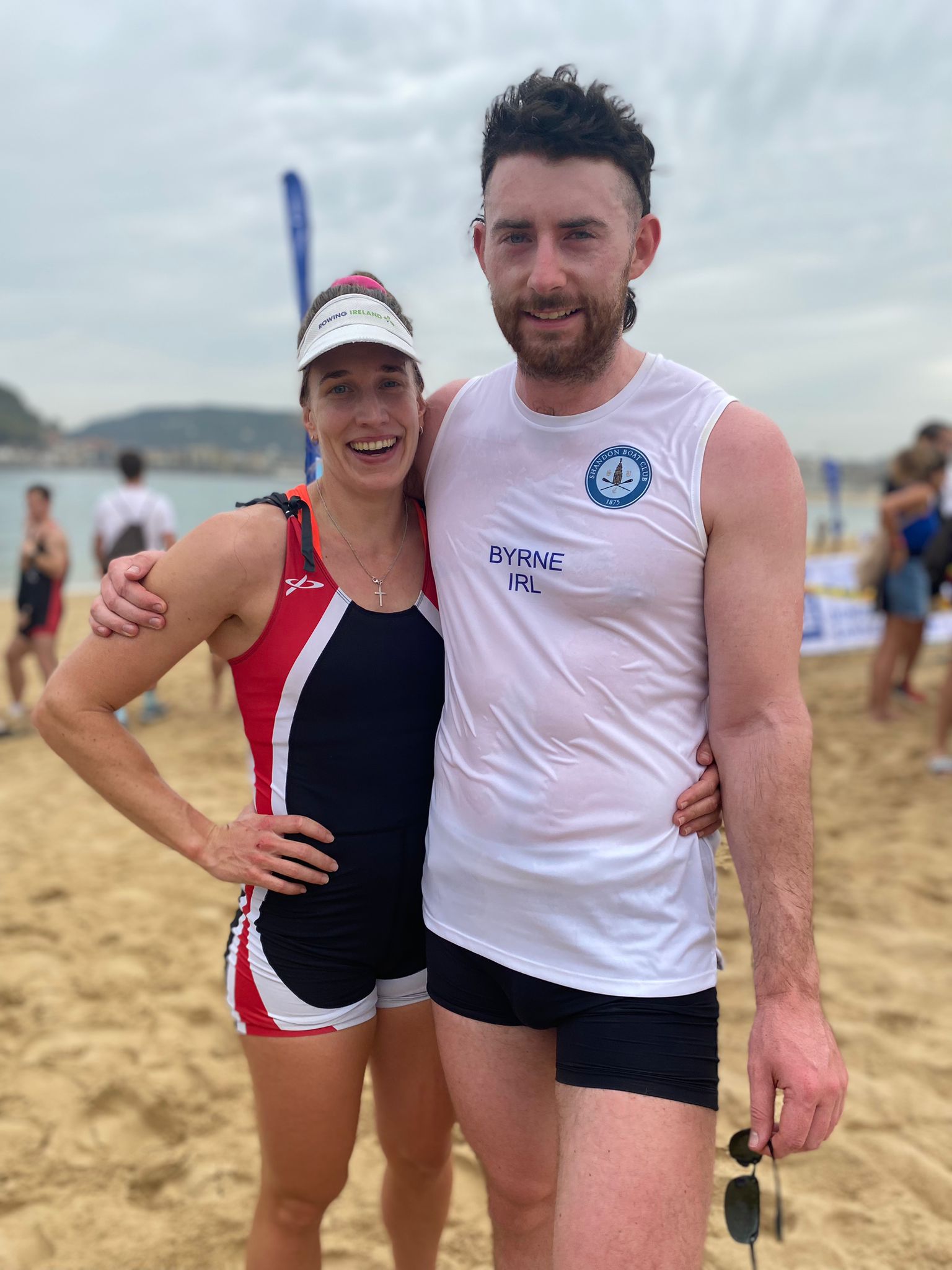 Ireland landed one podium finish on the second day of the European Rowing Coastal and Beach Sprint Championships – and might well have had a second.
Natalie Long and Ronan Byrne showed grit and determination to take bronze for Lee Valley and Shandon in the club mixed double. They demonstrated good tactical sense to edge their way into third by one kilometre into the six-kilometre race. They then fought off challenges to maintain that slot behind two crews from Spain.
British-Irish relations were certainly not at their best in the first race of the day.
Patrick Boomer and Miriam Sheehan led the way in the final of the national mixed doubles. France were their main challengers in the fifth kilometre of the six kilometre race. As they rounded a turning buoy Britain came through on the inside, ploughed into the Irish and robbed them of their chance of a medal.
France and Spain swept past as the Irish tried to extricate themselves. The Ireland crew did their best, but Sheehan lost an oar. France won from Spain, while Sheehan and Boomer got home in 10th.
In the club men’s double, Ireland placed sixth through Luke Keaney and David Hussey of Portmagee and Donegal Bay. Sionna Healy of Arklow also took sixth in the club women’s single.