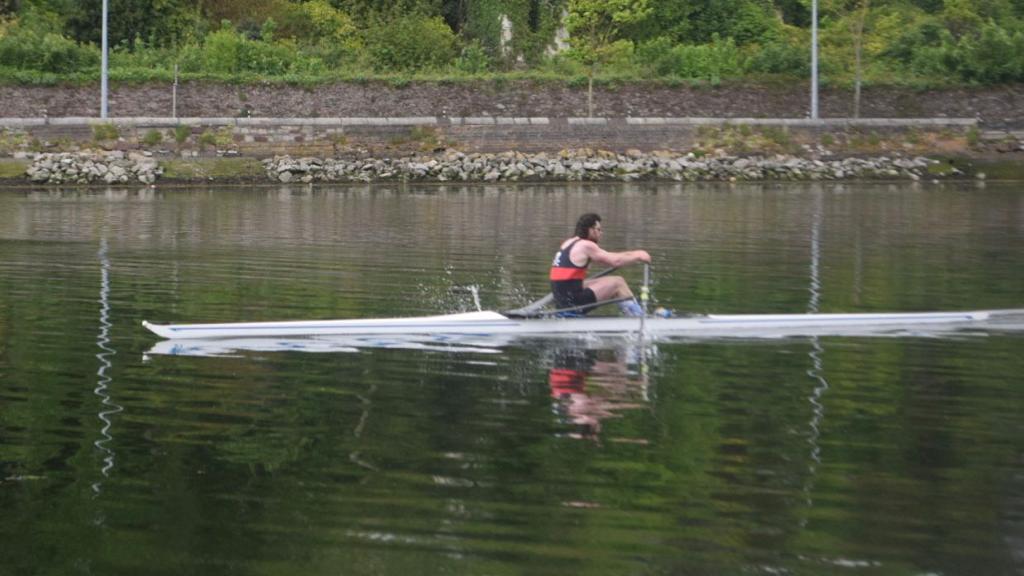 Ronan Byrne (above) has won the Cork Sculling Ladder outright for a record-equalling fourth time. The UCC man draws level with Brian Crean.

Andrew Sheehan of Lee (below) had been the fastest in the time trial in November at the Marina course. Having won the toss and selecting the inside station, Sheehan produced his trademark blistering start to open up a half-length lead in the first minute.

Rowing steadily and staying in the middle of the river, Byrne pulled level at the end of the railings. The UCC sculler started to put on the mid-race power and eased away from Sheehan.  With 250 metres to go, Byrne was very composed and powered home at a comfortable 30 strokes per minute. Sheehan tried right to the end and could not close the four-length gap.

Byrne, an Ireland Olympian, has returned from an international camp in Italy which necessitated the postponement of the finalisation of the ladder. At Skibbereen Regatta, Byrne had mixed results.

The ladder is sponsored by Argos Fire. 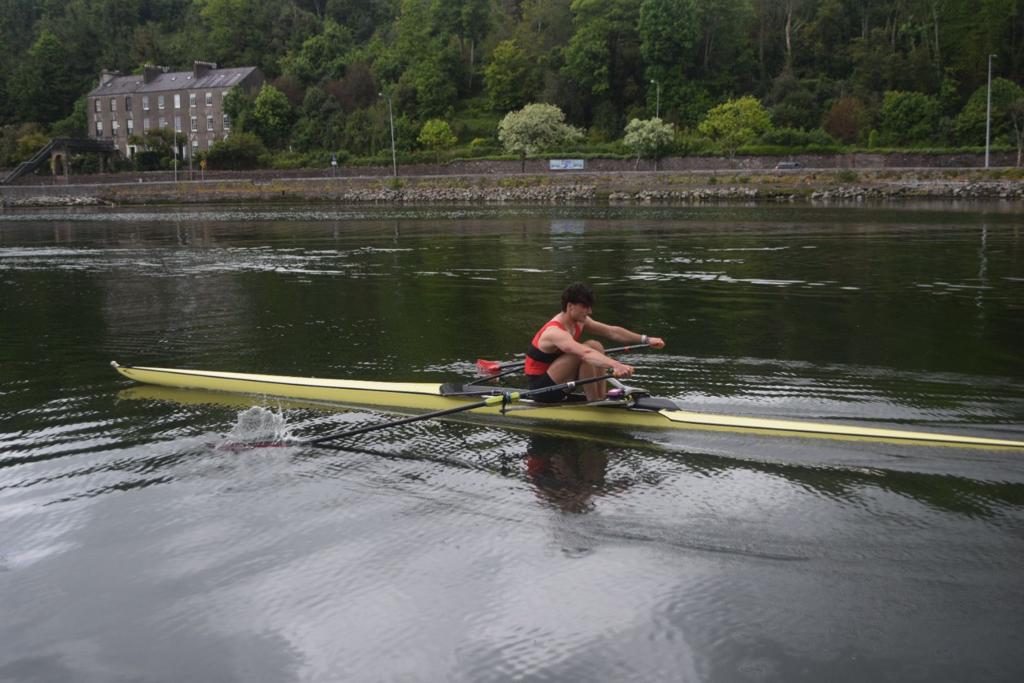