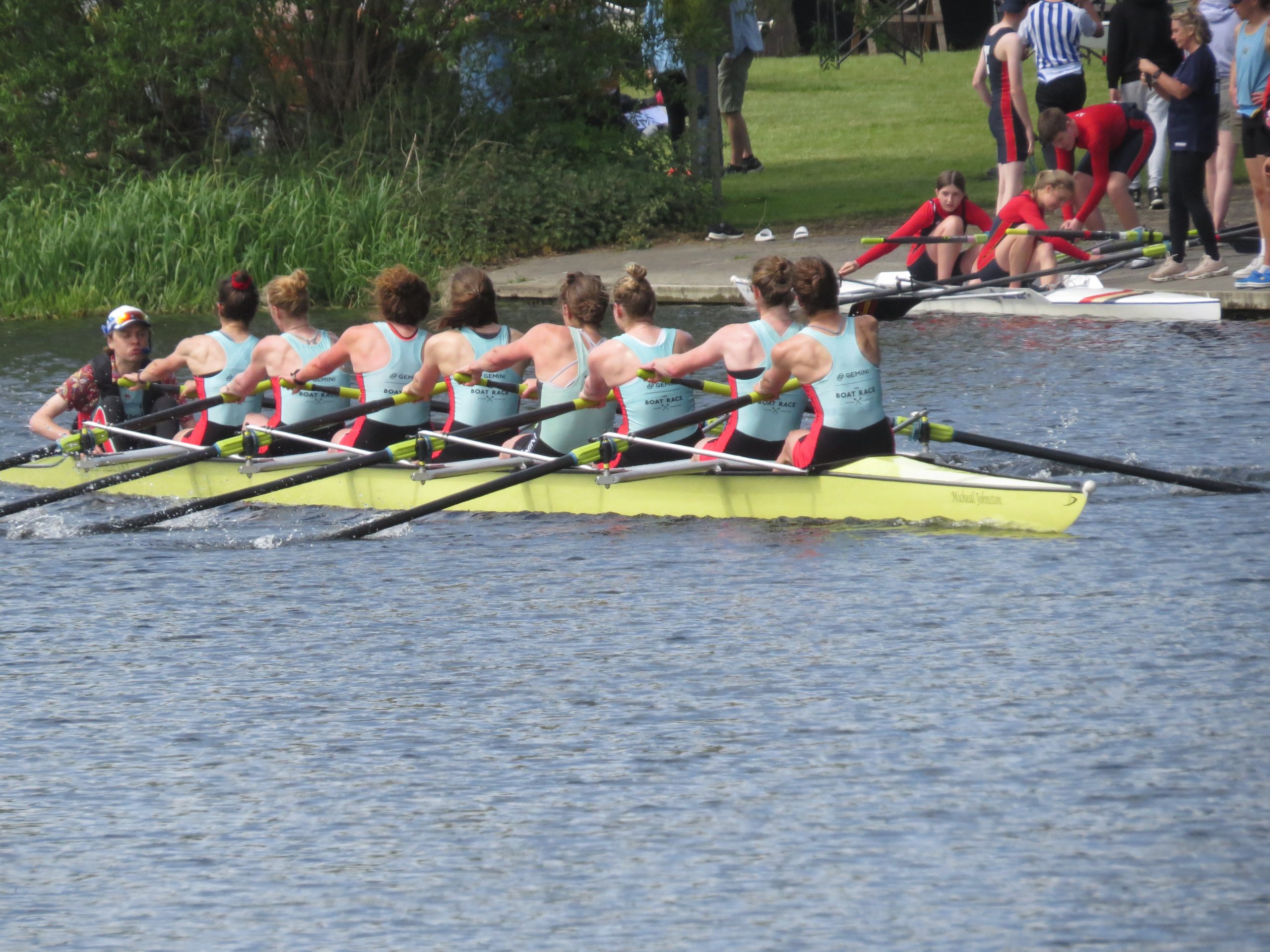 Cork Boat Club won the men’s senior eight and Cambridge the women’s at Trinity Regatta today – the latter in their last race together.

The Cambridge women’s eight, featuring the world’s number one female rower for 2021, New Zealander Grace Prendergast, was the same crew as that which won the Boat Race. This crew will never compete again together, and only Ireland’s Caoimhe Dempsey and cox Jasper Parish go forward for next season. Dempsey will be attempting to win her third successive Boat Race title.

If Cambridge beat UCD comprehensively, the men’s senior eight final was, unfortunately, decided by a disqualification. Trinity were the guilty party, their wayward steering allowing Cork to continue their impressive early-season run. They won at Skibbereen and had a good placing at London Head of the River. Coach Aidan Bugler said that the last time they won the senior eights at Trinity was 1991.

The men’s club eight provided a close finish for the crowd (below) as they enjoyed the good atmosphere on a beautiful day. Trinity, stroked by Jack Butler, held off UCD to win by a canvas. A clash near the start made the result moot, with the race restarted but UCD being officially disqualified. Commercial’s won the women’s junior 18 eight; Shandon had also been disqualified.

Commercial reeled off a set of wins later in the day: Niall Beggan won the senior single and they also won the women’s senior double and women’s club coxed four and men’s senior coxed four. 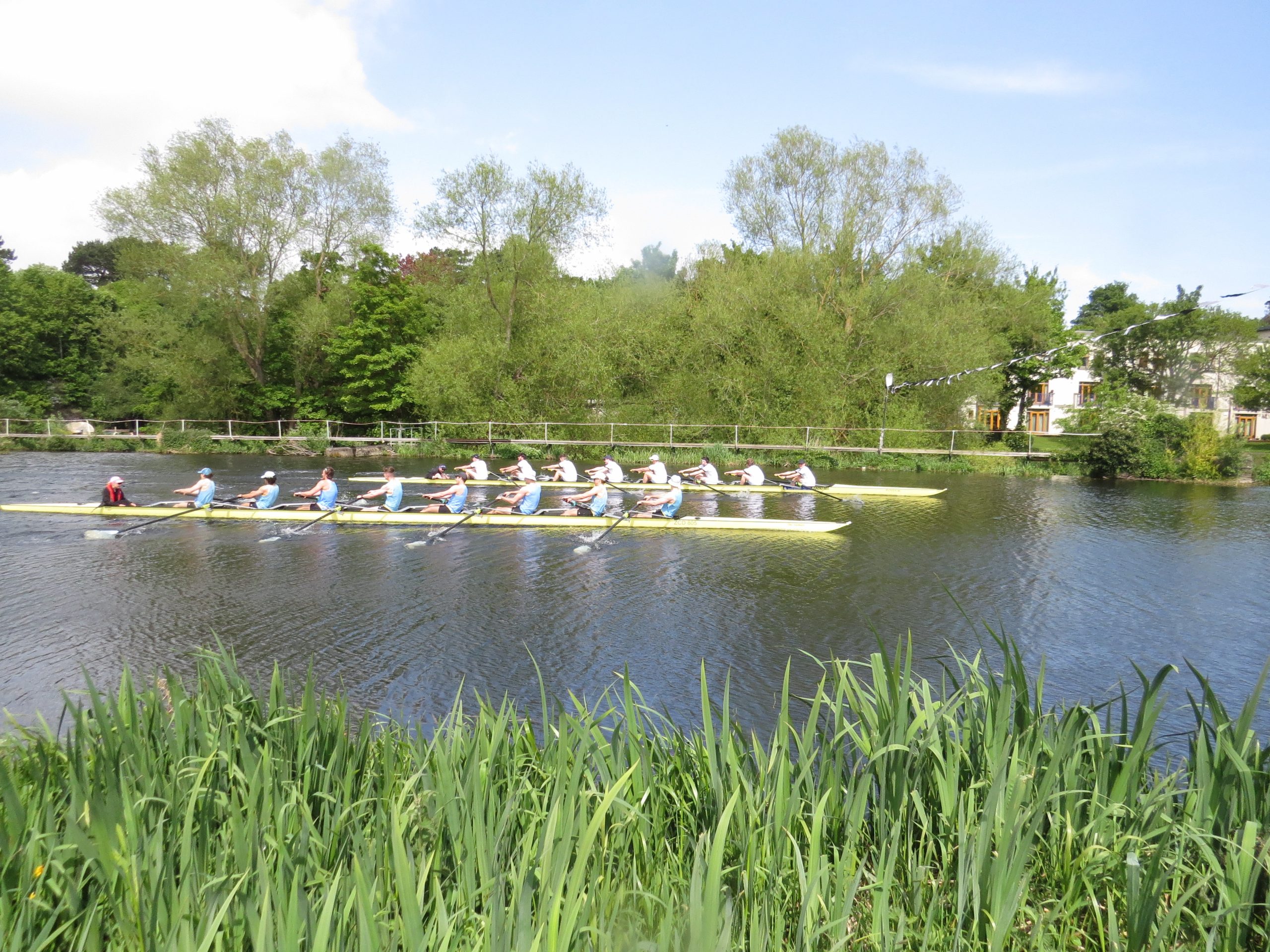