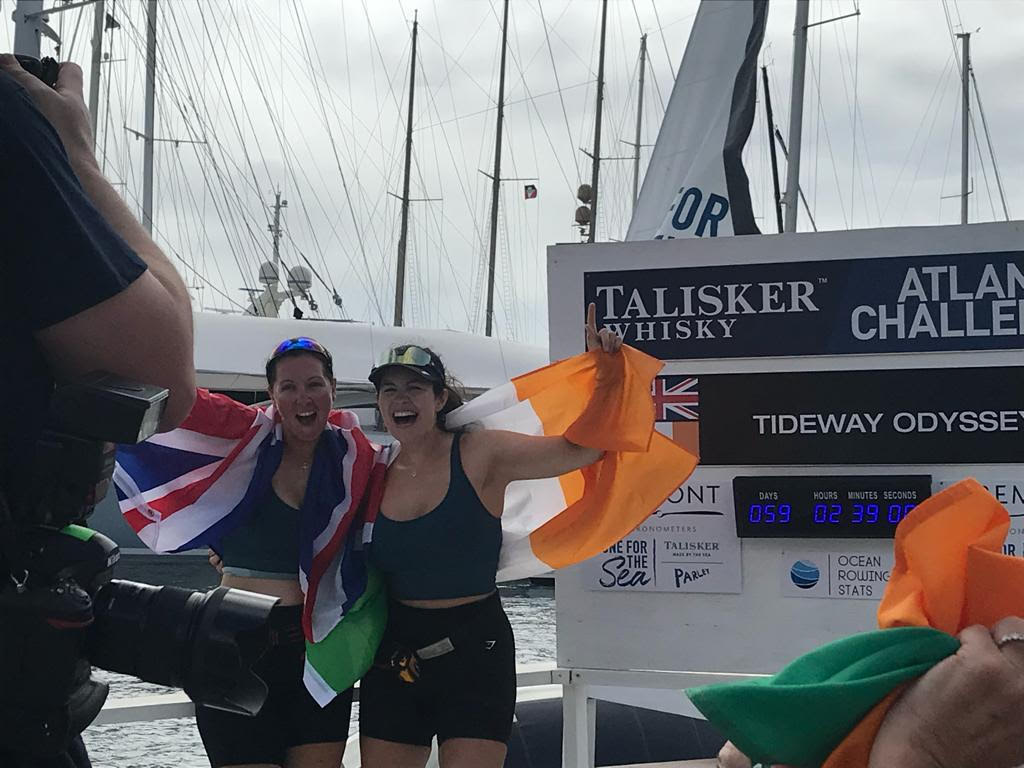 Victoria Carroll and Saf Greenwood crossed the finish line in Antigua today after rowing the 3,000 nautical miles across the Atlantic in 59 days and 39 minutes.

Carroll’s mother, Bernie, is one of the famous Caseys from Sneem and Victoria’s grandfather, Noel, is a coach in Killorglin rowing club at 88 years of age. There has been interest in Sneem in the progress of the crew and Victoria was quick to say hi to Noel once she landed and was being interviewed.

Noel Casey said it was great to see the two women safe on land. They had encountered tough conditions but he said they did not look the worse for their experience. “They looked like they’d just tipped up from Putney to Richmond Lock,” he said, referring to the relatively short training spin in London, where he coached for years.

The ocean race in which the women competed, the Talisker Whiskey Atlantic Challenge, has been a good one this year for crews with Irish connections. Jessica Oliver, originally from Limerick, partnered English woman Charlotte Harris in a crew which set the fastest time ever for a women’s pair, 45 days, seven hours and 25 minutes.