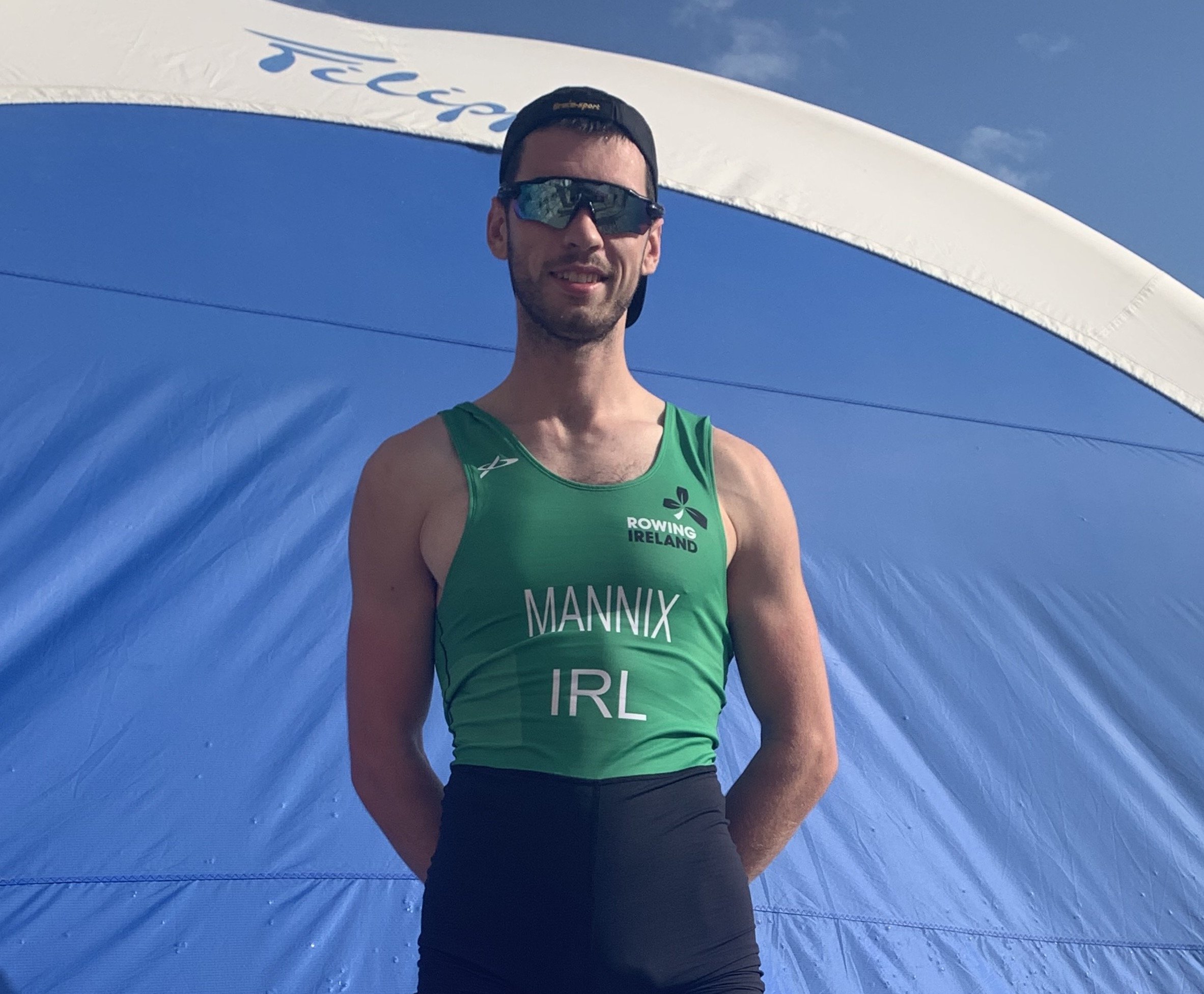 It was a day of tiny margins for Ireland at the World Rowing Beach Sprints in Oeiras in Portugal.

The mixed coxed quadruple competed very well in their quarter-final. David Hussey was first off the mark in the initial sprint and they rowed together competently. They looked to be on course to qualify. However, Sweden managed the transition from the beach to the final sprint better and just pipped the Ireland crew of Sionna Healy, Cormac Kelly, Rosie Temple and Luke Keaney, with Hussey coxing.

Miriam Sheehan in the solo came ever closer in her bid to win through in her head-to-head race with Agnieszka Kobus-Zawojska of Poland to stay in the competition. She sprinted up the beach to the line and fell over it – but was just under half a second slower than the Poland international.

Kealan Mannix (pictured) made it through in the men’s solo, and will give Ireland a representative in the Sunday finals in Oeiras.