Colsh and Pazzaia Win Heat at World Under-23 Championships 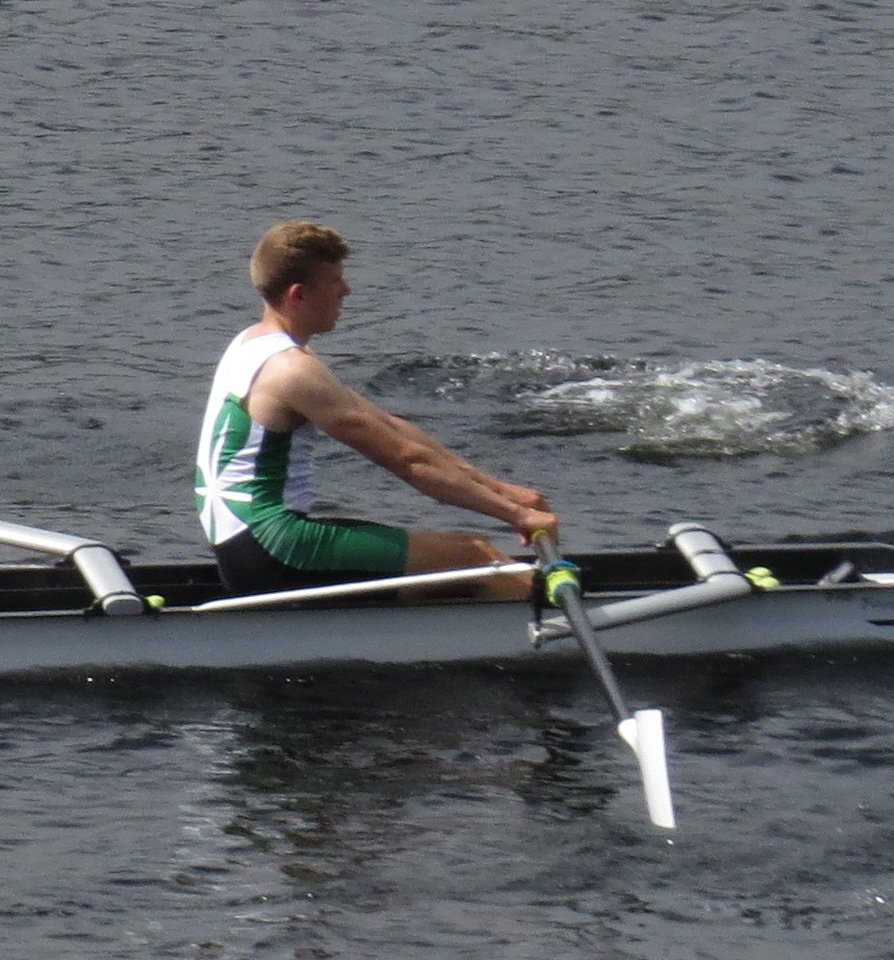 Ireland had a super start to the second day of the World Under-23 Championships. Brian Colsh and Konan Pazzaia blasted into the lead of their heat of the men’s double sculls and never lost it. With just two crews going directly to the final it worked well – Switzerland won a battle with Croatia and Britain and took second.
Ireland had to settle for second in the heat of the men’s four. Britain were simply better here, and took the one qualification spot for the A Final. They nudged ahead of Australia and Ireland at the 500 metres mark and built their lead from there. Ireland, stroked by John Kearney (pic), were the best of the rest, snatching second from the Australians.
The lightweight double of Hugh Moore and Ciarán Purdy also missed out on automatic qualification by one place. Two semi-final places were on offer in this heat. The Netherlands were the hot crew early on, with Greece and Belgium their closest rivals. Belgium pushed into the lead in the second half, but the Netherlands passed them and took first to their second. Ireland pushed on to take third ahead of Greece.

Alison Bergin had a huge win in the repechage of the women’s single sculls. The woman from Fermoy Rowing Club raced all alone in the lead for much of the race, guaranteeing herself a semi-final place on Thursday. Peru’s Adriana Maria Sangueneti Velasco took a distant second and also qualified.