Commercial and Killorglin Find the Way to Win 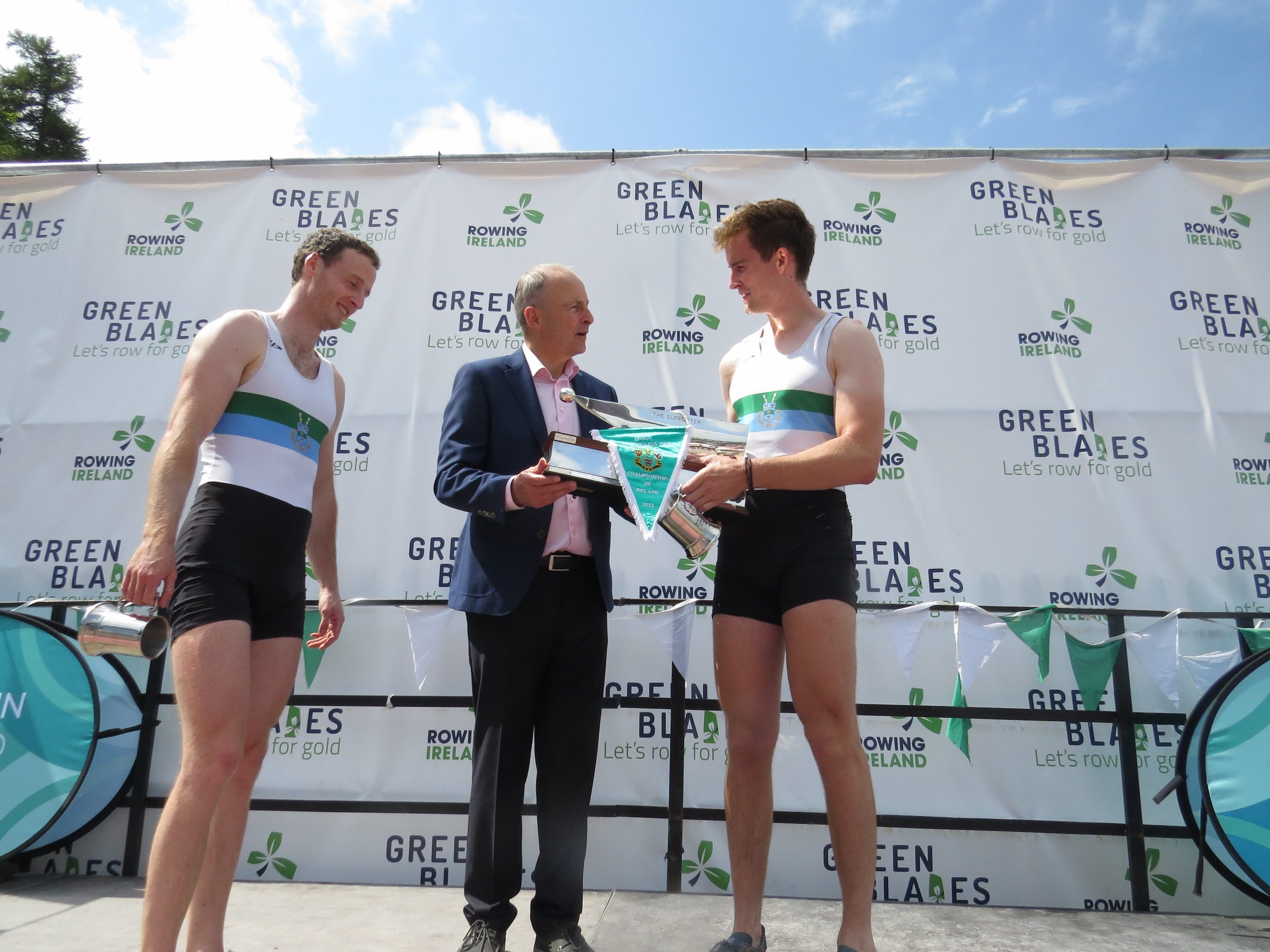 The men’s senior pair was the outstanding race of the first session of finals on Saturday at the Irish Rowing Championships. The contest was keen all the way to 1500 metres, with four of the five crews contending. But Commercial’s Niall Beggan and Paddy Moreau edged ahead and brought it home, despite a strong challenge by NUIG.

Beggan, who is a tall lightweight, and Moreau, a very tall heavyweight, are an interesting combination. “We complement each other,” said Moreau.

The prizegiving was special, as the Taoiseach, Micheal Martin was on hand to present the trophy to Beggan (left in picture) and Moreau.

The final of the women’s senior quadruple was a straightforward win for Killorglin – on the water. Their crew had to make a late change. Lily Gallagher deputised very well for Zoe Hyde, an international who was asked to miss this race, apparently because of an injury concern.

The impressive set of wins for Western clubs continued, as NUIG, who had won the non-Championship junior 16 women’s eight, then went on to take the women’s coxed quadruple, the women’s intermediate pair and the intermediate single sculls, through Tom Kelly.

St Michael’s and Bann are also having a good Championships. The Limerick club won the men’s junior quadruple, while Ellie Kate Hutchinson and Flynn Green quite simply dominated the junior women’s double.

UCD overcame a wobble late in their race to win the men’s novice coxed quad. They were approaching the line and were far enough clear of nearest challengers, Queen’s University, to take back control.