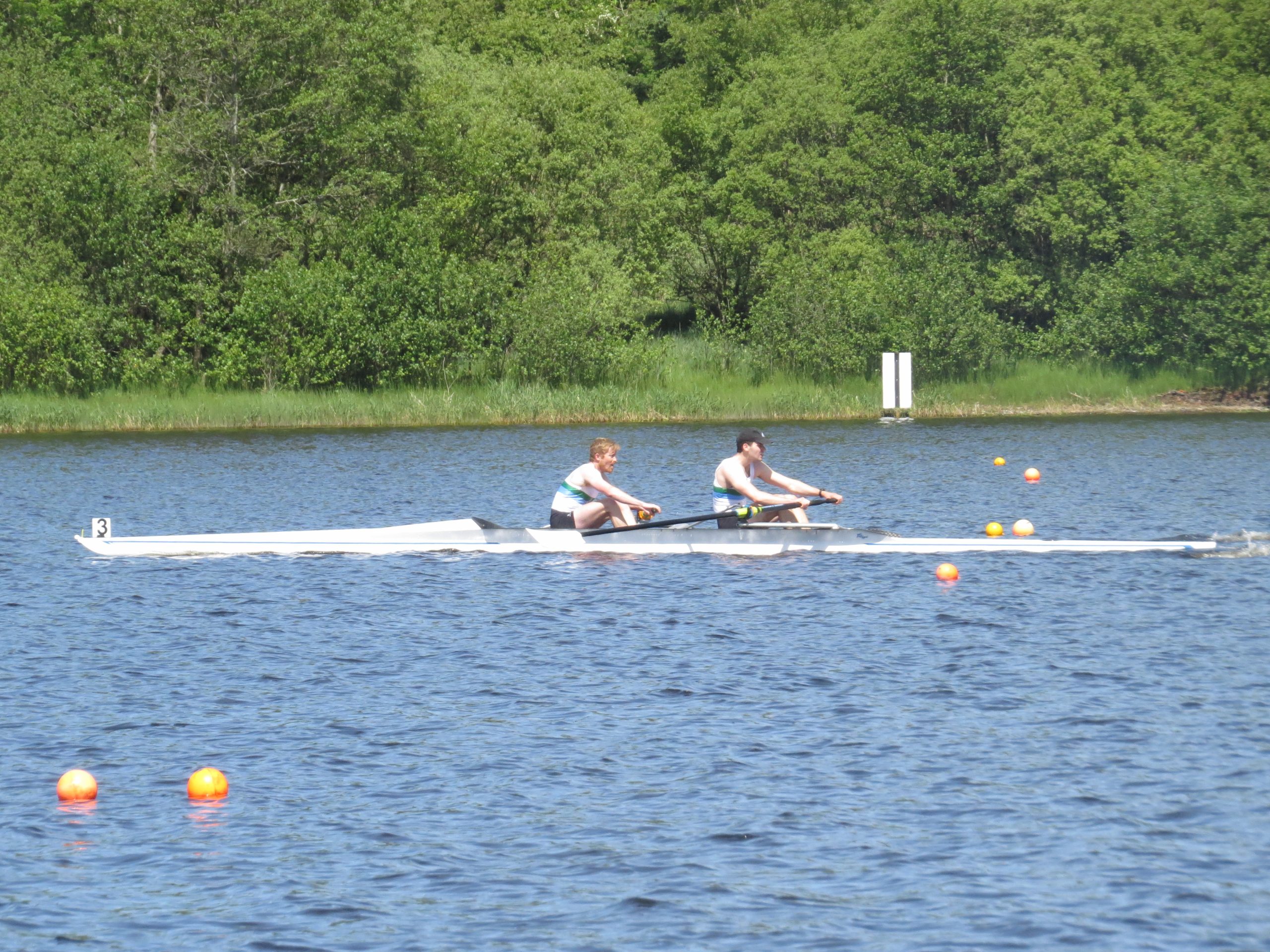 Commercial’s Niall Beggan was a strong winner of the men’s single sculls and the Commercial pair of Colm Dowling and Jack Smith (above) also won well at Dublin Metropolitan Regatta today.

Trinity had a good run coming up to the close of the afternoon session of finals: in three successive races they won the men’s coxed and coxless fours and the women’s eight.

The wins continued – in the men’s Division One eight final, Trinity and UCD fought right to the line, with Trinity winning by under a second. Commercial also added the men’s double to their tally, while Trinity’s women’s four beat UCD.

The regatta was held in bright sunshine and good conditions. There were some problems with timing, an important part of a Grand League regatta.