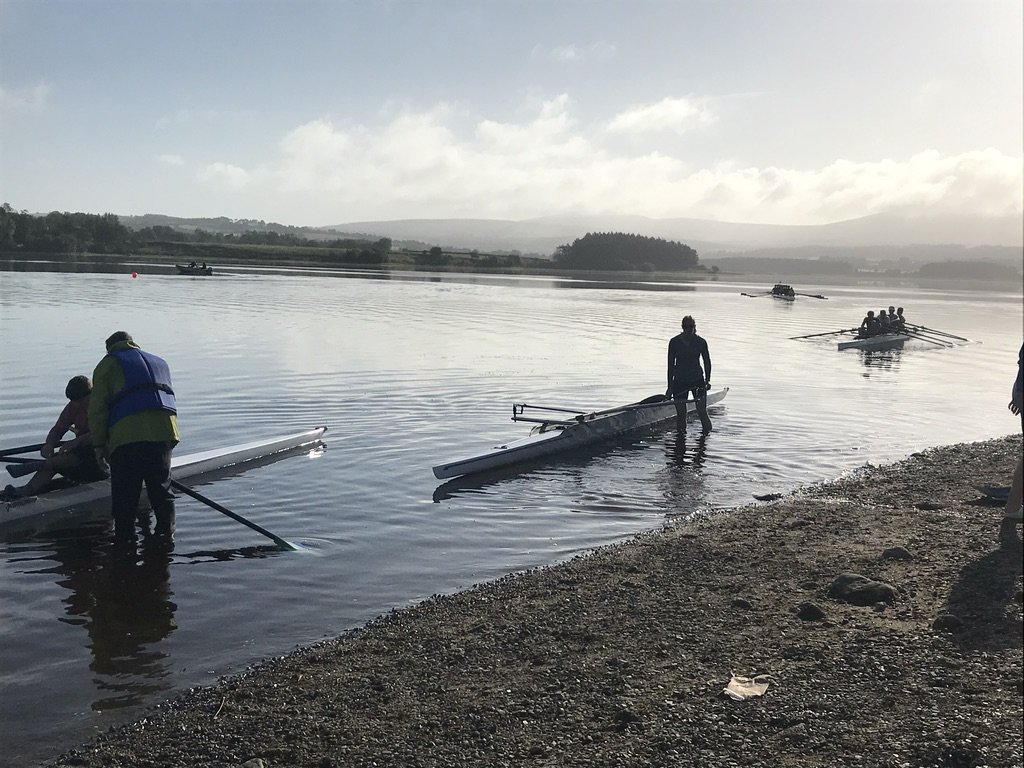 Top Irish coach and former Olympian Derek Holland believes a slimmed-down Irish Championships would benefit rowing in this country and help keep junior athletes in the sport into their adult lives.

Holland, who has done tremendous work in helping build Enniskillen RBC into one of the strongest clubs in the country, believes the present system is built around ‘one for everyone in the audience’, whereas a more streamlined Championships, featuring seniors, juniors and an under-23 competition would help retain juniors – and facilitate them as they became stronger and could compete against the top internationals.

Holland’s presentation to the Rowing Ireland EGM this year makes the point that there has been a significant drop off in senior entries at the Championships, with just 78 in the 2019 Championships, falling from 86 in 2014. The comparable figures for juniors are 981 (2019) and 658 (2014).

He says that introducing the under-23 grade as a replacement for the multiple non-senior Championships would, amongst other advantages:

– aid retention and give rowers a more enjoyable experience

– allow clubs to have longer-term approaches to personnel development

– show athletes the connection between training and progression

– give club athletes a chance to race against internationals

– generate a longer lifespan in the sport for rowers

– give coaches the chance to build long-term, athlete-focused training regimes

– give the top event of the year a clean, fair structure which would be a better spectacle for fans and media

What Holland deems the ‘Elephant in the Room’ is that some clubs are focused on winning as many Championships as possible. He says the events are devalued as they rise in number. Rowing at all levels would improve if this was changed, he contends.