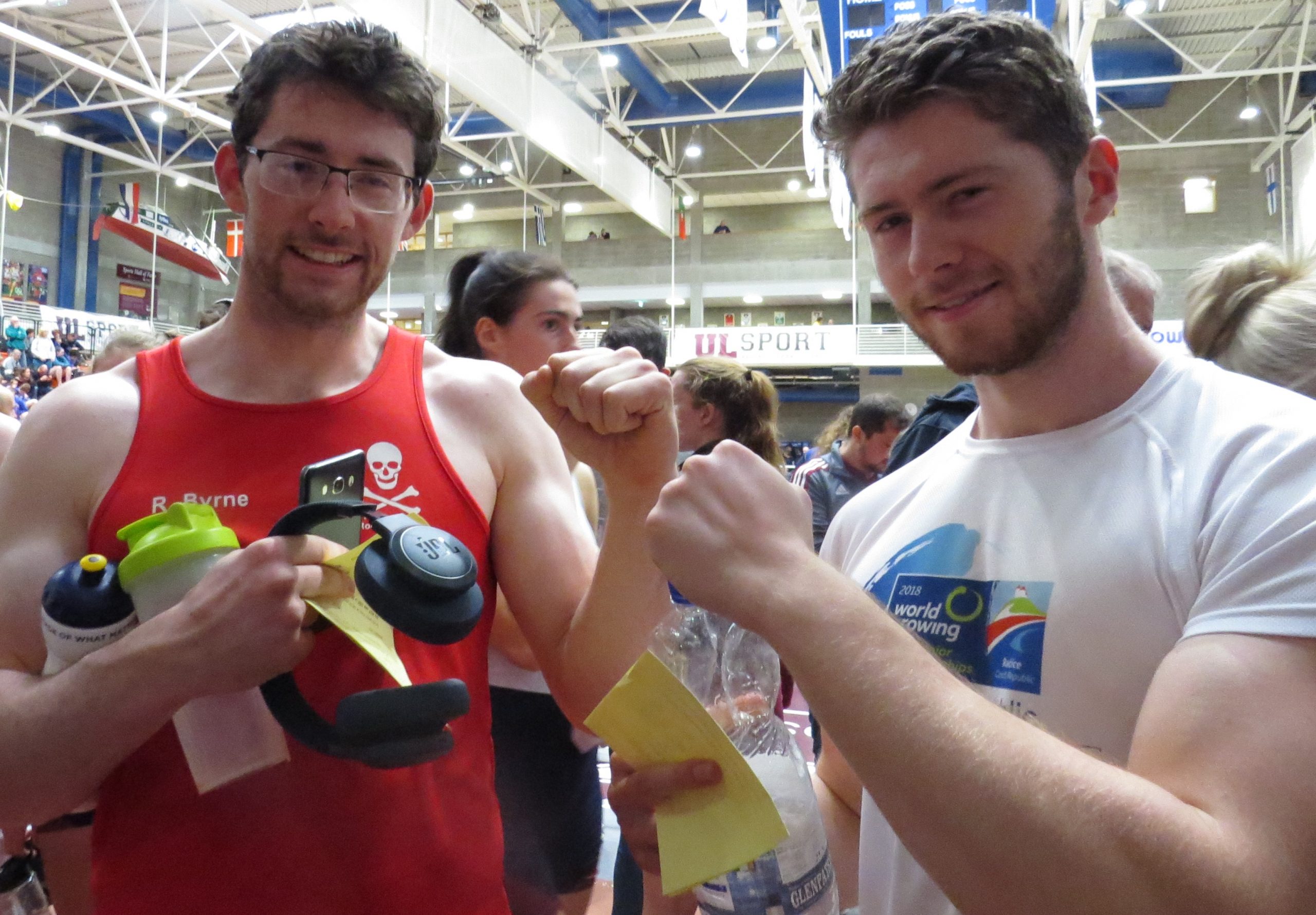 The Irish Offshore Championships this weekend (September 4th and 5th) will be the biggest so far, with heats for all the senior events. There is a strong women’s representation – there are 19 women’s coxed quads and 16 men’s.
The Championships in Bantry features races for women and men in singles, doubles and quads and one mixed event.  The mixed double has drawn a some impressive entries: Tokyo Olympians Monika Dukarska (Killorglin) and Ronan Byrne (Shandon) team up, while Arklow’s crew matches Sionna Healy with Cormac Kelly. Healy was seventh in a single at the World Coastal Championships in 2019 in Hong Kong. Dukarska is a former world coastal champion in the single.
Ronan Byrne and his younger brother Alex (pictured above), are set to compete in a Shandon/Portmagee coxed quad. The Byrnes could be in line for a remarkable achievement – they made up half of the UCC quad which won at the Irish Championships in August.
Paul Griffin, an Ireland Olympian in 2004 and 2008, will be the bowman in the Muckross coxed quad.
The event starts a busy four weeks for offshore rowers. Four Ireland crews compete at the World Beach Sprints in Portugal in three weeks’ time, while 36 club crews – including Ronan Byrne and Monika Dukarska in a mixed double – will compete at the same venue at the World Coastal Championships, starting October 1st.