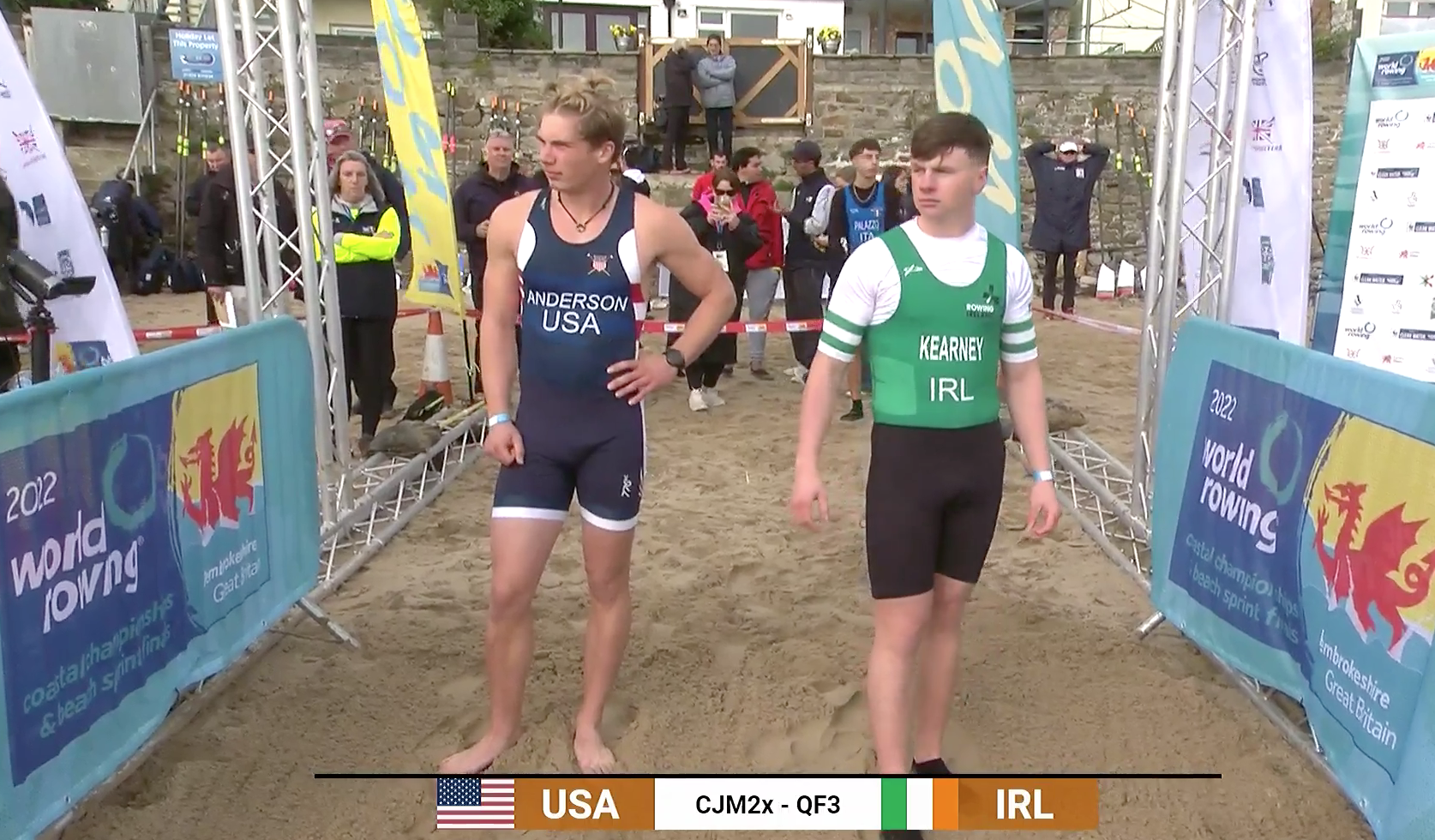 The end of the World Rowing Beach Sprint Finals hit the wrong note for Ireland – even if the cancellation of much of the final round was well-merited on safety grounds. In windy conditions, the waves were dangerous: Khadija Krimi of Tunisia was flattened by her boat and had to be taken for medical attention after her quarter-final of the women’s solo.
Unfortunately, Monika Dukarska did not get to race against Michala Popislova of the Czech Republic in her quarter-final. Instead, the Irish woman was deemed to have finished fifth, due to ranking there on time in the last-16 round. Emma Twigg of New Zealand was awarded the gold medal; Helen Glover of Britain the single – and Popislova the bronze.
The upside is that Ireland finish in the top six in the womens’ solo and have thus qualified the boat for the World Beach Games in Bali in 2023.
The Ireland men’s junior (under-19) double also reached the quarter-finals. They will have no fond memories of the destructive waves they encountered there.
The Ireland crew faced a strong United States unit and were in the lead after rounding the turning buoy and with about 200 metres to row to the beach. Then Kearney (pictured above at the start) lost his seat and it all went wrong. They still got to the beach, but Malachi Anderson and Gary Rought were there before them. The Americans went on to beat Britain in the semi-final. They were undone by their own boat-stopping wave in the final, while Spain took the gold.