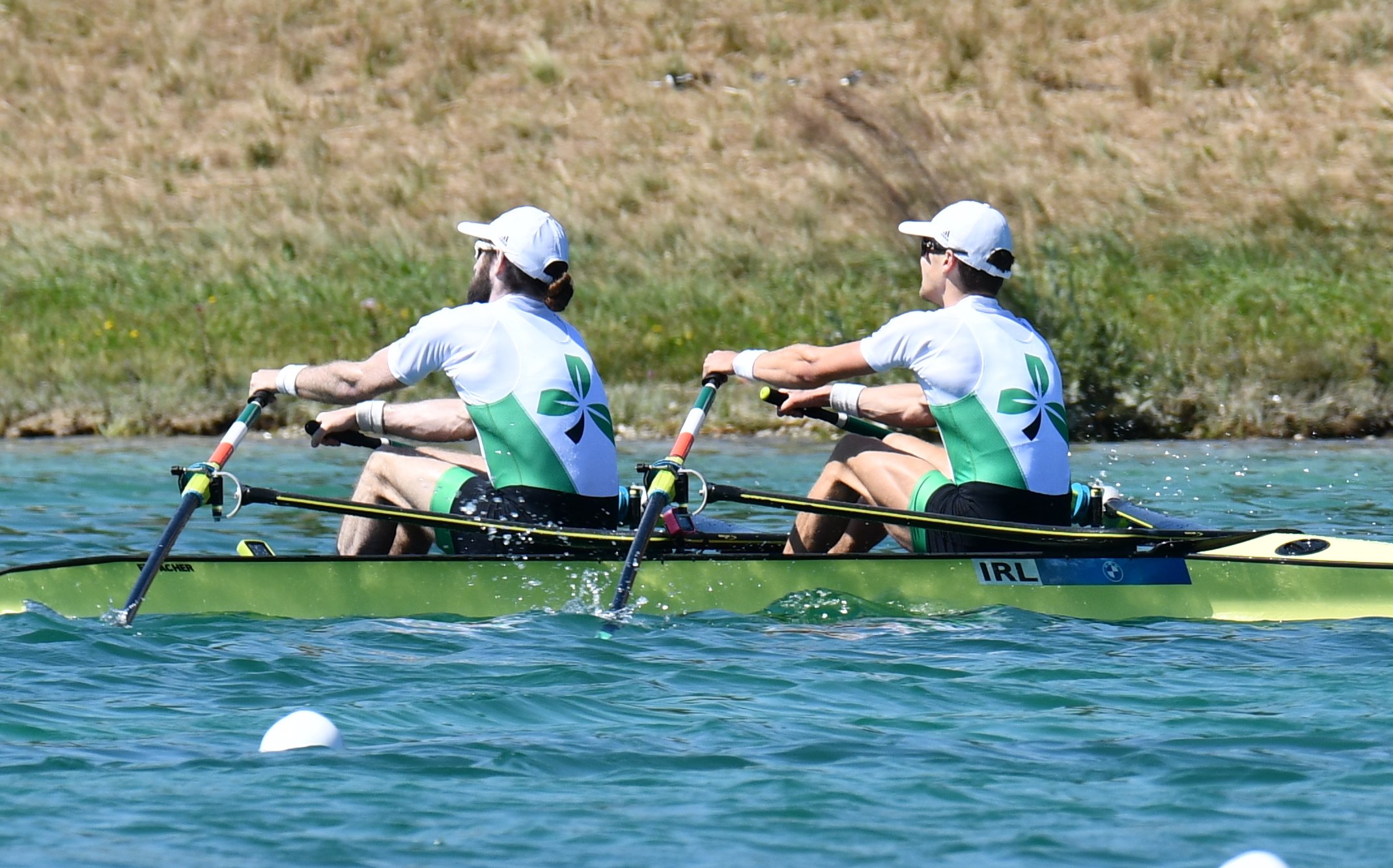 They polish excellence with such a light touch that we may be dazzled. Paul O’Donovan and Fintan McCarthy, masters of the funny interview, leave their admirers with a smile on their face. But this lightweight double are surely Ireland’s most serious players in any international sport just now.
At the European Championships in Munich, O’Donovan and McCarthy defended their title and continued a winning run which has seen them crowned Olympic and World Champions.
They had not rowed together this season competitively, which added a frisson of doubt as Switzerland and Italy eyed them up on the starting line of the A Final.
The young Swiss crew of Jan Schaeuble and Raphael Ahumada Ireland went for it. They led at half way, but O’Donovan and McCarthy, like a loping beast of prey, were already on their shoulders. Through the next 1,000 metres Ireland raced clear, leaving Italy to push into second ahead of Switzerland. As seems to be their lot, Italy’s Pietro Ruta and Stefano Oppo took silver but never really rattled the men in green and white.
The secret of Ireland’s success is no secret: they are faster over the 2,000 metres and have such belief in themselves that no crew can knock them out of their winning rhythm.
“We don’t change much, really. There’s no point worrying what the others can do,” O’Donovan told RTE afterwards. He joked that it was not like you could encroach into the other lane and disrupt the opponents.
Which prompted him to throw out this fantastic image.
“I went up to the Italians before and I gave them a big oul’ shoulder as they were launching the boat. They knew what was going to come, like, down the middle of the track.
“Fortunately, Fintan was able to deliver that – the final blow, as they call it! Worked out well.”
On the issue of whether the two men will team up again at the World Championships in the Czech Republic next month, O’Donovan was keeping his options open.
“That’s in question at the minute. I have to go back to school next week. Many people don’t realise it – most people have realised – I’m a bit stupid and need all the time studying I can get so I don’t fail everything.
“So the World Championships will be in question at the minute for myself. We’ll see.”
Dominic Casey has surely a plan B in mind.
The Skibbereen maestro had two other crews in A Finals, and both took fourth. The lightweight double of Margaret Cremen and Lydia Heaphy started very fast and at a high rating and led at 500 metres. Britain’s Emily Craig and Imogen Grant took over in the lead, and France locked into silver medal position, with Ireland and Italy vieing for third. In the drive to the line Italy had too much – by .64 of a second.
Aoife Casey built her challenge more steadily in the lightweight single sculls. Ionela Cozimuc of Romania took the gold with the look of a woman who wanted to lay down a marker for the Olympic-class lightweight double. If she left the field behind, Casey came through from sixth (500m), to fifth (1,000m) and fourth at 1500m. But Greece and the Netherlands were not about to yield up their hold on silver and bronze in the final quarter and Casey’s final sprint did not quite get there. The Skibbereen woman, who partnered Cremen in the Olympic lightweight double, was making her international debut for the season.
Steven McGowan and Katie O’Brien were also fourth in their A Final of the PR2 Mixed Double, a race won by Ukraine. Their joy at the end did point beyond sport to a troubled world. Victories like this can inspire those in harder circumstances.