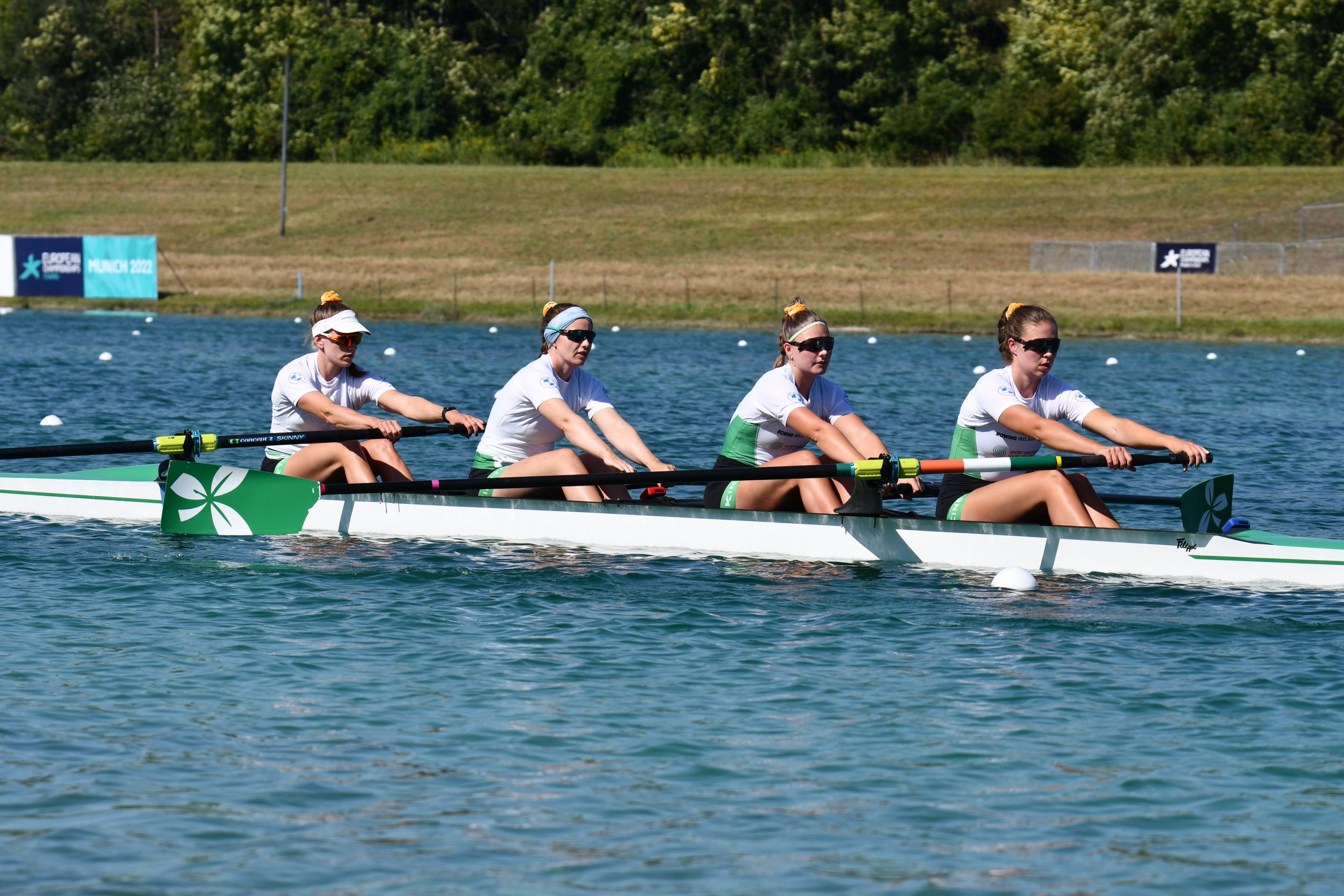 Ireland have taken a silver medal at the European Rowing Championships. The Ireland women’s four of Natalie Long, Aifric Keogh, Tara Hanlon and Eimear Lambe gave it everything at the Munich course.
The final in the women’s pair had seen a Britain crew overhauled because their steady pace was no match for a fast, high-rating crew in Romania, but this race was almost the exact opposite.
Ireland blasted off the start and, setting a high rate of striking led the Netherlands and Britain by a small margin at 500 metres. From there, however, it was Britain’s race. The crew stroked by Northern Ireland woman Rebecca Shorten rowed through the Irish and built a lead steadily into a clearwater margin by the fourth quarter.
The Ireland crew held on very well to take second – the stirring battle behind them meant they could not relent. Romania passed the Netherlands to take bronze.
Earlier, the women’s pair of Emily Hegarty and Fiona Murtagh took fourth in their A Final.
For much of the contest this looked like a fine performance by Britain, who led from the Netherlands at halfway, with Ireland and Romania duelling for third. But then the Romanians upped their rate and took over the race. Neither the Netherlands nor Britain, who clung on gamely, could match them, and Romania went on to a good win.
Unfortunately for Ireland, the British and the Dutch were not to be dislodged from second and third.