Fine Haul of Medals for Ireland at World Coastal Championships 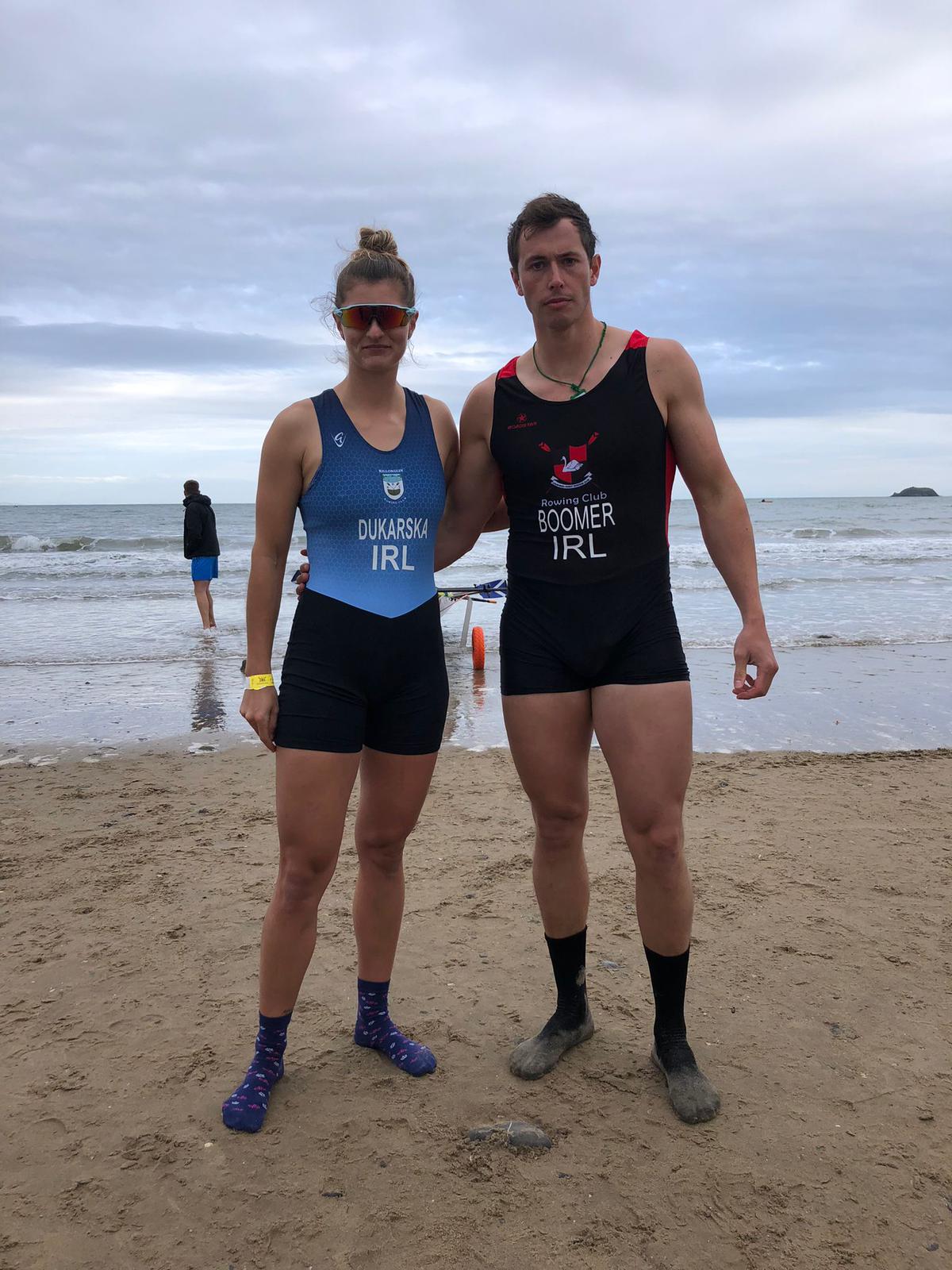 Ireland won a gold, a silver and two bronze medals at the World Rowing Coastal Championships.
The gold was won by Adrian Quiroga, rowing for Wicklow Rowing Club. On a very difficult day, with strong winds and rough seas, the Spaniard was one of the most comprehensive winners. He left the field behind from the first turning point, at one kilometre.
The silver medal was also well merited. The Killorglin women’s double of Monika Dukarska and Rhiannon O’Donoghue looked on course for gold. They made their move at the first turning point, two buoys in quick succession, sweeping past the Netherlands One to lead. But Janneke van der Meulen and Karien Robbers, who had been picked out by coach Mike Fleming as the main threats, lived up to their billing. They came back at the Irish, got past them around turning point four and then opened up a lead as the crews negotiated the final set of buoys, arranged as a tricky set of chicanes.
Dukarska had a day full of drama. Right at the end she and Patrick Boomer of Loughros Point formed a mixed double which finished like a train and might well have taken silver – they missed out by less than a 10th of a second, with Spain crews taking silver and gold.
In her first final, the women’s solo, Dukarska’s boat took in water and she came home tenth. Ireland might well have taken bronze here, as Sionna Healy was a close-up fourth. Her Arklow team-mate, Xena Jordan was fifth and Miriam Sheehan of Castletownbere eighth.
The Castletownshend women coxed quadruple of Ella Cialis, Eileen Whooley, Karen Hickey, Orla Hayes and cox Jack Calnan took bronze in their A Final.