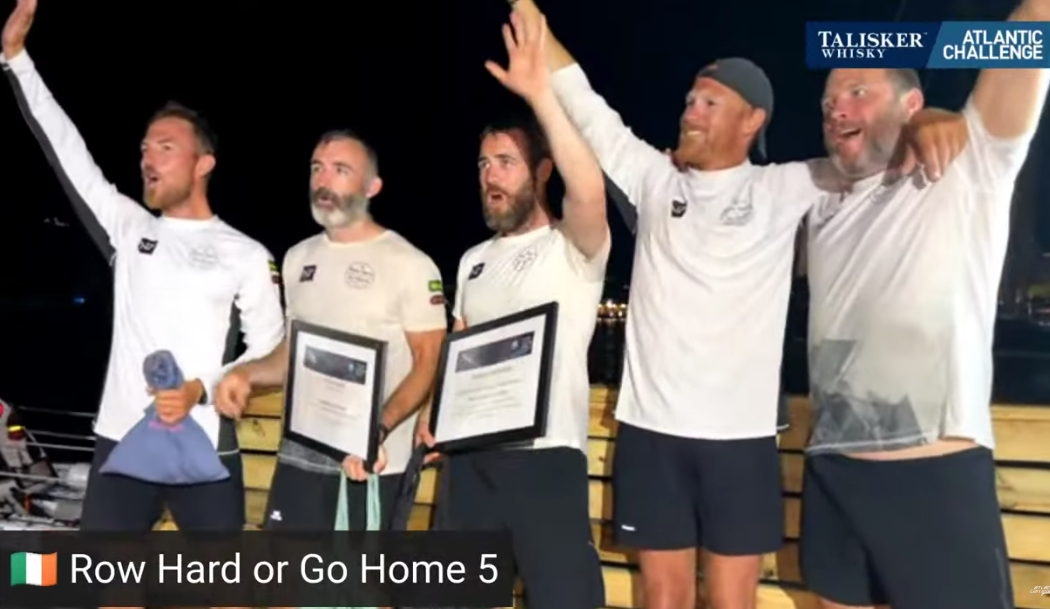 Five-man Irish crew Row Hard or Go Home has rowed across the Atlantic. They crossed the finishing line in Antigua, having set off from La Gomera in the Canaries on December 12th. They finished fifth in the Talisker Whisky Atlantic Challenge and set a new record as the fastest Five to row across the Atlantic, coming in on day 34 and beating the old record, set in 2019, which was more than 35 days.

The crew of Gearóid Ó Briain, Derek McMullen, Shane Culleton, Tom Nolan and Diarmuid Ó Brian were greeted by a big group of relatives and supporters in English Harbour. They raised funds for the RNLI and Laura Lynn Children’s Hospice.

The row had been hard and they struggled with a loss of electrical power early in the race. Weather conditions on the final day were difficult. They thanked their sponsors and supporters and said they had missed their families during the row.

There is also a Four racing under the Row Hard of Go Home banner. They are due to finish in the next few days.

Irish solo rower Jamie Carr, rowing as Nothing Ventured, is set to finish at the end of the first week of February.