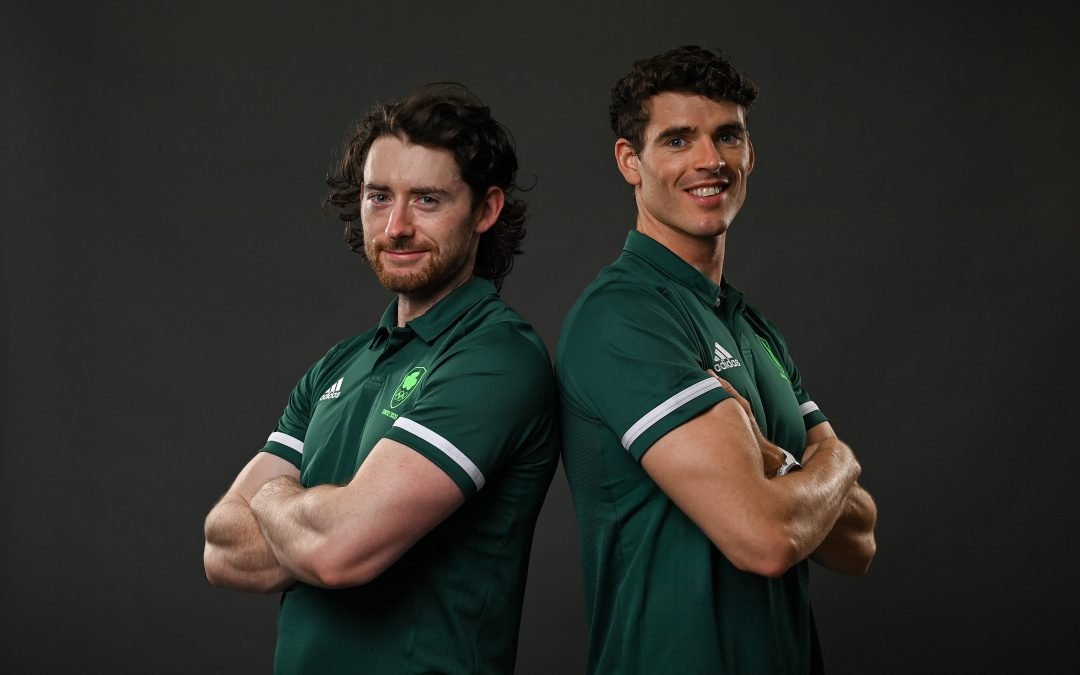 The Ireland rowing team has arrived in Tokyo and the big show is just days away. Ireland rowers start their Olympic Games programme in the early hours of the morning, Irish time, on Friday, July 23rd. Single sculler Sanita Puspure will be the first to take to the water of the Sea Forest Waterway.
The world champion will be followed into action in this round of heats by Ronan Byrne and Philip Doyle (pictured). As with Puspure, the men’s double scull did very well at the most recent World Championships, in 2019. They were silver medallists.
Here to download and print is the full programme for those who want to follow the Ireland rowing team. The races in bold chart the path of the crews which progress directly from each round; the italic script is for the second-chance round of the repechages and the other routes crews may go if they do not stay on course for A Finals.
Best of Luck to Ireland!