Four Reach World Under-23 Final on Good Day for Ireland 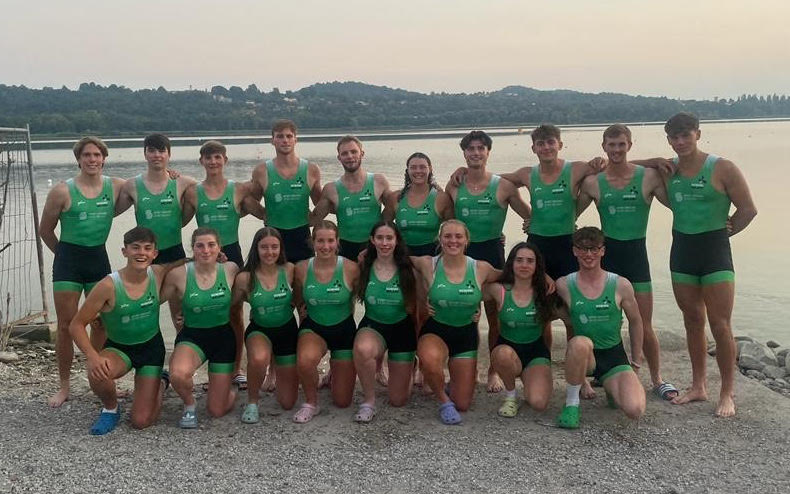 A good day for Ireland at the World Under-23 Championships in Varese in Italy. The men’s four qualified for the final and the lightweight double won their repechage to make the semi-finals.
The all-Queen’s University double of Ciarán Purdy and Hugh Moore drew plaudits from the commentators at Varese for their win. They started with a rating in the high forties and made it count. They pulled clear and left Japan, Germany and the United States fighting for the other two qualification places: Germany fell back and the US and Japan took second and third.
Italy had a similar race pattern in their win in the men’s four repechage. Two places in the A Final were at stake. Germany and Ireland looked best placed to join Italy, but while Ireland pushed up on Italy coming to the line – they were just under a second behind – Germany faded to third.
Ireland had men’s and women’s doubles in action in the two Under-19 events in the morning.
In the Under-19 women’s double, only a heat win would do to qualify at the first attempt for the A/B semi-final. Greece made it theirs with a stunning performance, leading all the way. Anna Keating and Holly Davis took second, but were over seven seconds behind them at the finish and go to a repechage.
It was a case of ‘don’t finish last’ in the men’s doubles heat. Four of the five crews in Ireland’s race would go on to the quarter final. This time it was Turkey which dominated the race, with Ireland’s Ciarán O’Sullivan and Fergus Bryce battling with Poland for second; the Poles came through to push Ireland into third.