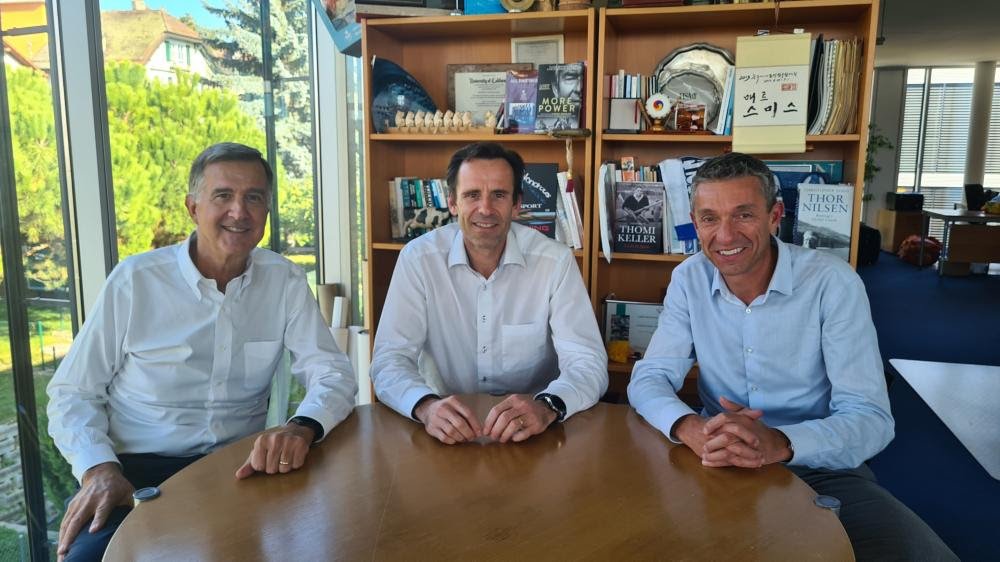 World Rowing, the international governing body for the sport of rowing, has announced the appointment of Vincent Gaillard (Switzerland) as its new Executive Director effective January 2022, replacing Matt Smith. Smith announced last year that he wished to step down by the end of 2021 after more than 25 years in the role, prompting the launch of an international recruitment process which has now been completed.

Matt Smith joined FISA as Development Director in 1992, before taking up his current position in 1995. During his tenure, under the successive presidencies of Denis Oswald and Jean-Christophe Rolland, he has overseen an unprecedented development of the sport of rowing, as well as the development of World Rowing which now counts 156 member countries worldwide.

With international experience that includes the NBA, Coca-Cola’s Olympic and FIFA projects, and successively as CEO of GAISF and EPCR, Gaillard will work alongside World Rowing President Jean-Christophe Rolland and Council to develop the organisation’s current and future strategic plans, and will lead the staff from the headquarters in the Olympic capital of Lausanne. His priorities will include the global development of all rowing disciplines (including coastal and indoor rowing), the commercial promotion of rowing around the world and the acceleration of the organisation’s ongoing governance and sustainability efforts.

On Smith’s departure and Gaillard’s appointment, Rolland said: “On behalf of all of us at World Rowing, I would like to warmly thank Matt for his immense contribution and dedication over almost three decades, which has not only allowed our sport to grow but also our organisation to become more professional. The arrival of Vincent starts a new chapter for World Rowing and his experience, including the development of commercial and sustainability strategies, is particularly well suited to the challenges that our organisation now faces.”

Gaillard added: “I am particularly honoured by the confidence placed in me by World Rowing and looking forward to contributing to the development of rowing around the world in the years to come, building on the outstanding work done by Matt. I am optimistic about the potential for growth in the various rowing disciplines, as well as with the organisation itself and I look forward to working with the entire World Rowing team to achieve it.”