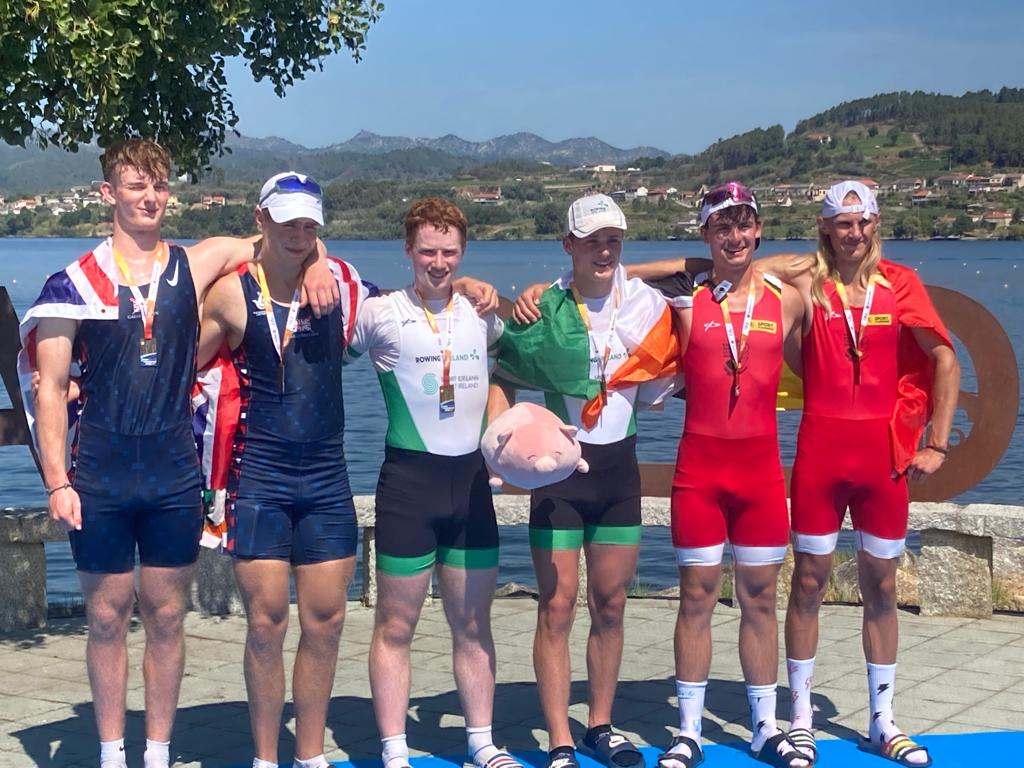 Ireland’s junior men’s double of Shane Rafferty and Zach Meegan won gold, and two other crews reached A Finals on the first day of the Coupe de la Jeunesse at Castrelo de Mino, Spain, today.
Rafferty and Meegan nailed their race plan as they won. They led early on, and while Belgium took over the lead at the 1,000 metre marker, Ireland shot into the lead again and won from Britain and Belgium (our picture shows Rafferty and Meegan (gold) with Britain, silver, and Belgium, bronze).
Rafferty was part of the junior quadruple which won the Irish Championships this year for St Michael’s of Limerick, while Meegan’s Athlone crew finished second.
Rohan O’Hara Nolan from Sligo Rowing Club finished fifth in an excellent A Final of the men’s single. Britain had been winning final after final and James Graham led this race coming into the final quarter. However, Italy’s Marco Gilardoni had been tracking him all the way and pushed him into second by .2 of a second. The Irish sculler won his battle with Florian Groenewegen of the Netherlands for fifth.
The men’s coxed four took sixth in their A Final, having finished second in their heat.
The women’s four took fourth in their heat and thus missed the A Final. However, they won their B Final by over 17 seconds from the Netherlands.