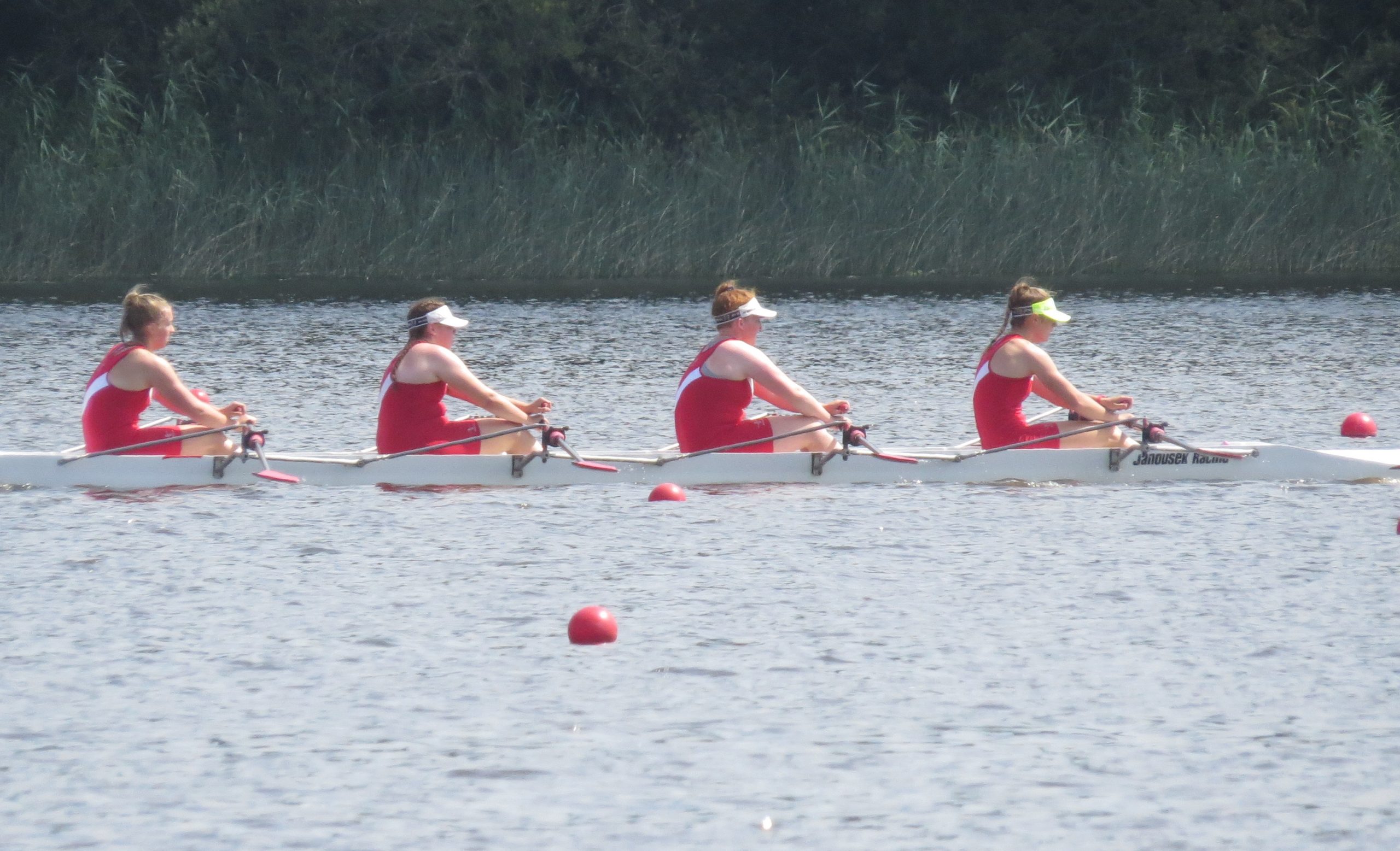 Lough Rinn regatta enjoyed beautiful weather and the event showed the developing Leitrim venue in a good light. The stewarding of the traffic and pedestrians was impressive; a commentary would have completed the picture.

The Dublin college should have a great chance of retaining their Irish eights title at the upcoming Championships, boosted by strength and class of men like David O’Malley and Andrew Griffin.

NUIG won the women’s senior four, on a day when some of the strength and breadth of rowing up and down the island was on show.

The Enniskillen eight, along with a boys’ quad, is being targeted at Henley Royal Regatta.

In one of the best races of the morning session, Castleconnell’s junior 16 coxed quadruple came out on top.