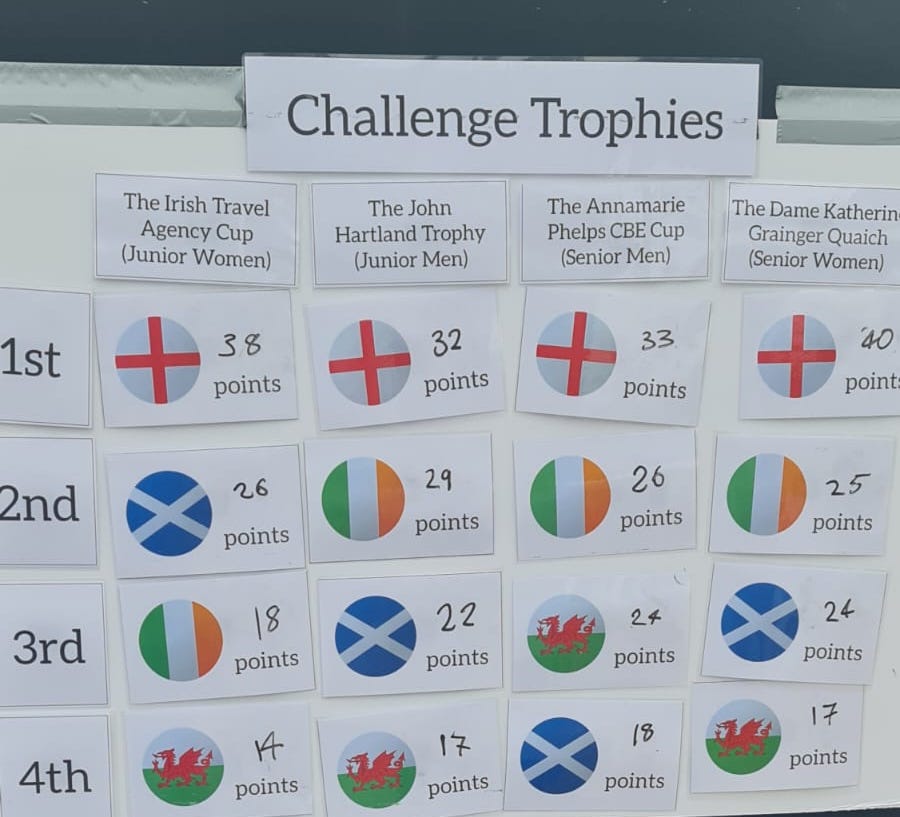 Ireland had some standout results and won eight gold medals at the Home International Regatta at London Docklands today. However, England topped the rankings across the board when the overall totals were calculated.

Two Ireland eights won. The women’s senior eight pipped England by six tenths of a second in a fine race. The crew was coxed by Shauna Fitzsimons of UCD and was made up of rowers from NUIG, University of Limerick and Trinity.

The junior men’s eight, with a strong St Joseph’s base and augmented by St Michael’s of Limerick, had exactly a second more to spare over England in their win.

Ireland’s junior men also won the coxed four and the sprint event over 500 metres for quadruples and the junior men’s B single scull. They came closest to catching England in the rankings: they were just three points away, with 29 to England’s 32. The senior men and senior women also finished second, with the junior women third.

The senior men gained two good wins: the coxless four, with rowers from Trinity, and the double scull of Tom Kelly and Rory O’Neill from University of Limerick.

The senior women’s pair of Emma Waters and Eabha Benson, both from NUIG, took gold with a big win.