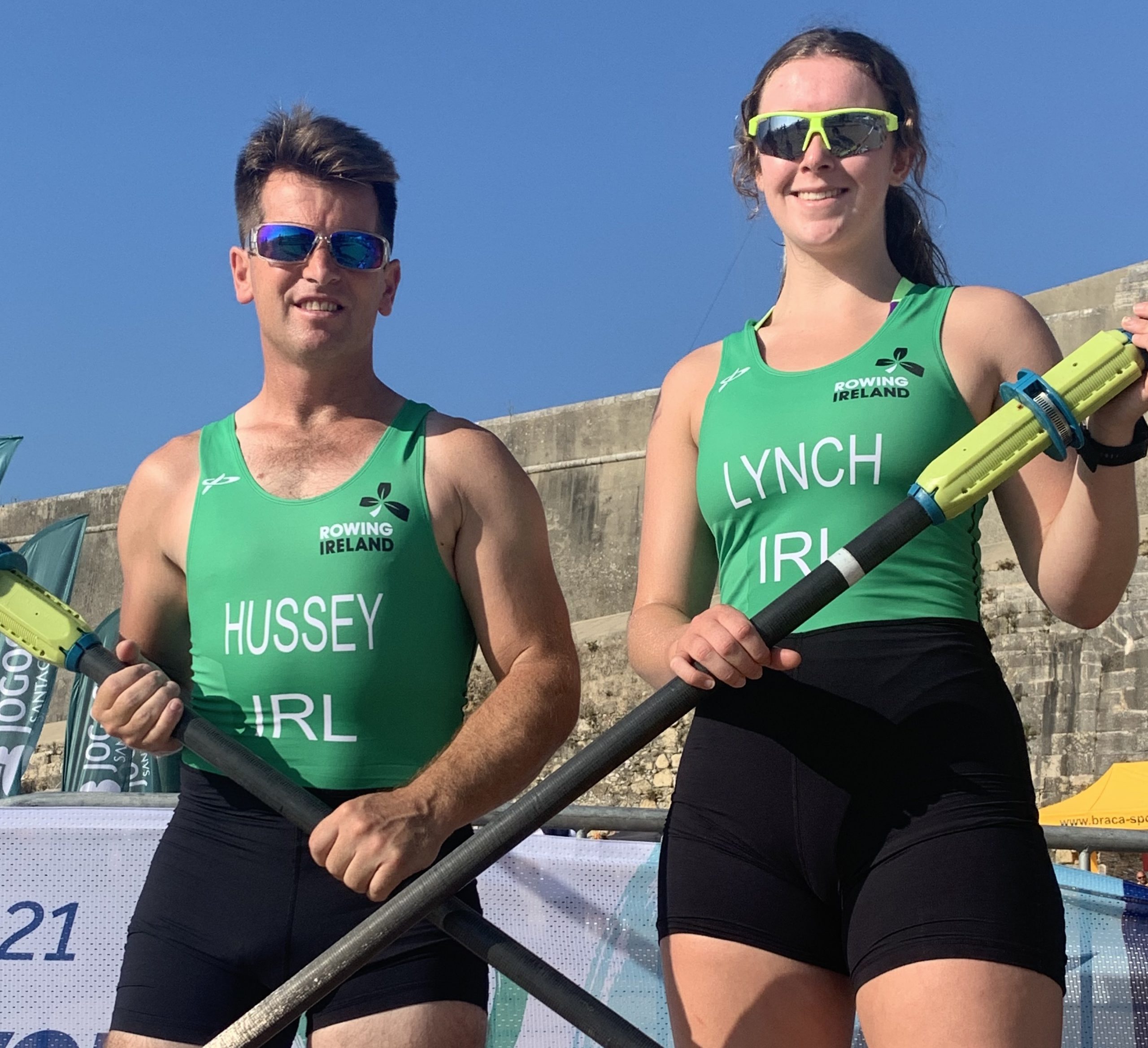 Ireland’s mixed coxed quadruple finished fifth in their time trial and qualified for the top eight at the World Rowing Beach Sprint Finals at Oeiras in Portugal today. The top five in the time trial made it directly to the A Quarter-Finals.

The quad is made up of Luke Keaney and Rosy Temple of Donegal Bay, Sionna Healy and Cormac Kelly of Arklow, with David Hussey of Portmagee as cox.

The mixed double (pictured) of David Hussey and Aoife Lynch finished 11th in their time trial. They took on Poland in the repechage, losing out by just one eighth of a second.

Kealan Mannix, in the Ireland single, took 11th in his time trial. The Roscarbery rower came up against a very hot opponent in Christopher Bak of the United States, who sprinted brilliantly and was the fastest overall.

Miriam Sheehan had steering difficulties in her race, which cost her vital seconds.

Both singles go on to a second time trial on Saturday.