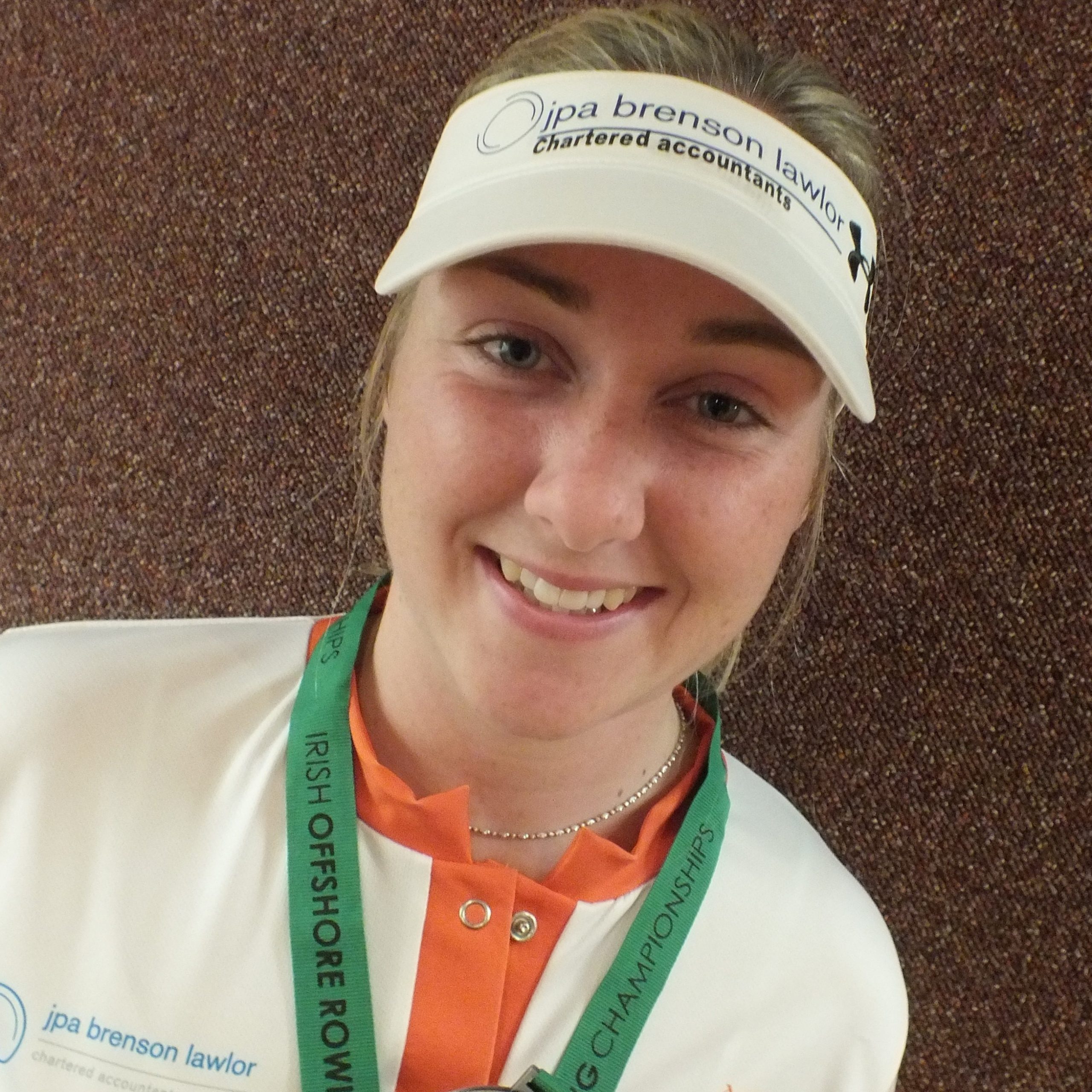 Ireland booked places in A Finals at the World Rowing Coastal Championships in Saundersfoot in Wales today.
Four Irish women came through heats of the solo. Miriam Sheehan of Castletownbere finished second in her heat and Arklow’s Xena Jordan also qualified.
In the first heat, Sionna Healy of Arklow (above) and Monika Dukarska of Killorglin came through in a race run in rain and fog. The heat was won by Diana Dymchenko, a champion from 2018 and 2019, now competing for Azerbaijan.
There were also A Final places for Kincasslagh’s men’s double and the Castletownshend women’s coxed quad.