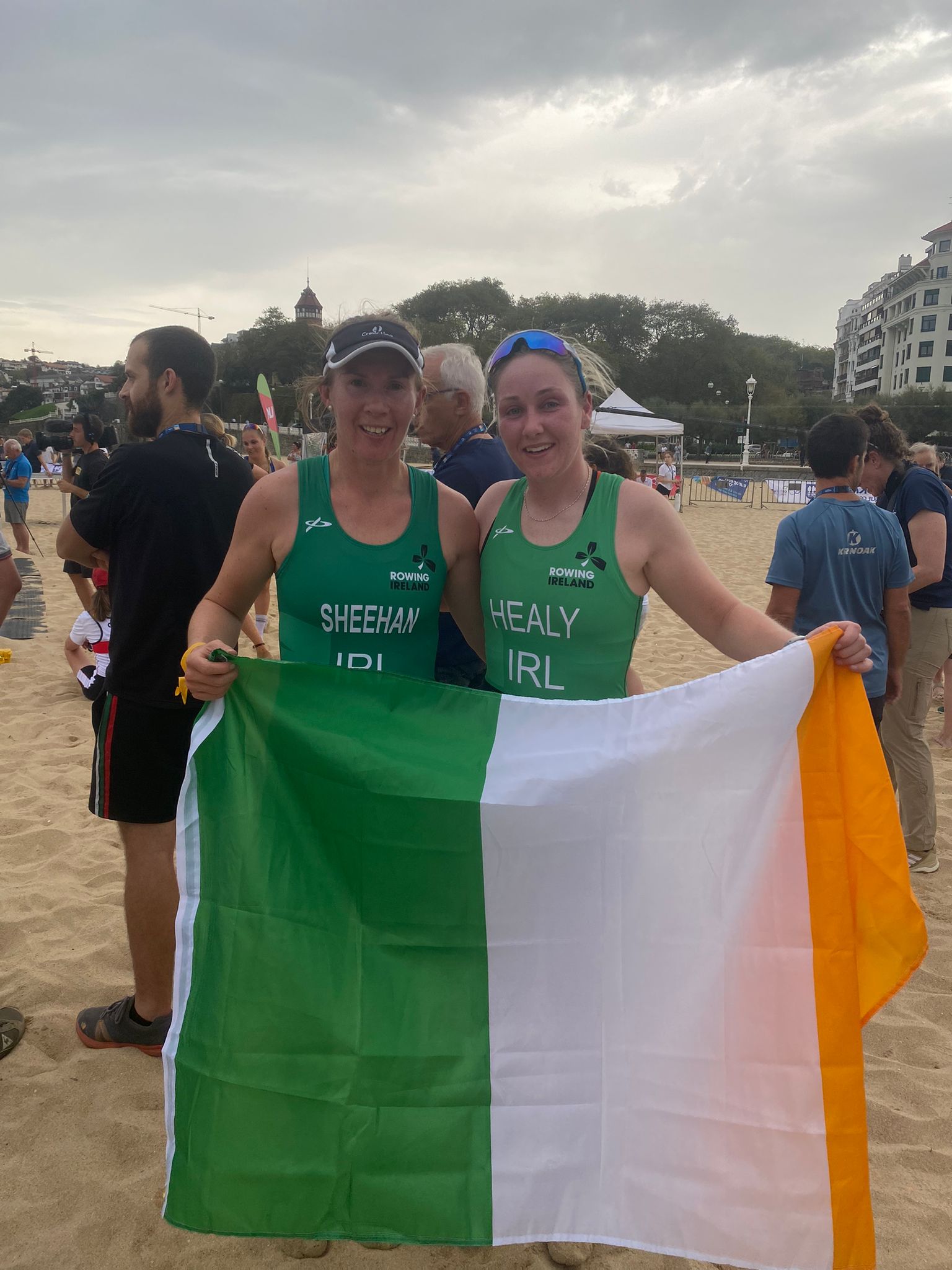 Ireland’s results on the first day of the European Rowing and Beach Sprints Championships in Spain were promising but not spectacular. In the national solo endurance final for men, Kealan Mannix was seventh and Patrick Boomer eighth, while Miriam Sheehan and Sionna Healy (pictured) were ninth and 13th respectively in the equivalent women’s final.
Adrian Quiroga, representing Spain, won gold in the men’s race. He showed great tactical awareness to swiftly move from third to first two-thirds of the way through the six kilometre course and stayed in charge from there to the finish line. Quiroga took gold for Wicklow Rowing Club and Ireland at the World Coastal Championships earlier this month.
Chiara Halama of Austria beat Maria Berg of Sweden in the beach sprint to win gold in the women’s final.
Ronan Byrne of Shandon and Natalie Long of Lee Valley, both proven internationals, raced to an impressvie second place in their heat of the club mixed doubles.