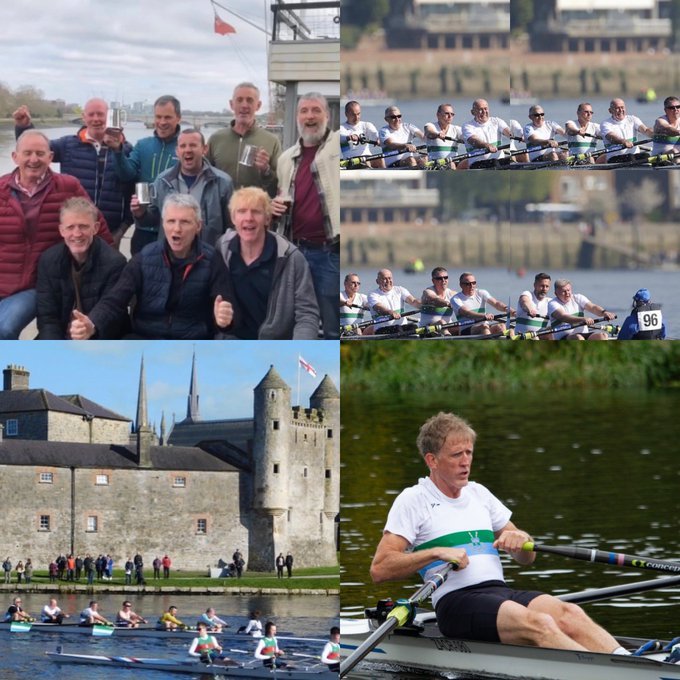 Irish crews and international crews, sometimes made up of rowers from both sides of the border, had a very successful outing at the World Masters Regatta in Libourne, France. Irish rowers were involved in multiple wins on each of the five days, from Wednesday to Sunday.
Denis Crowley of Commercial had a remarkable nine wins, bringing his total to 37 overall. He competed in the men’s F single sculls (60 years or older), the biggest single event. Eighteen finals were raced and, as worldrowing.com noted, he was the fastest overall.
Brendan Dolan, an Olympian in 1996, had his first win at this event.
Crowley teamed up with Brendan Smyth, Patrick Fowler and Gerry Murphy to win in a four in three separate age groups, C, D and E.
The women’s side of Irish rowing also made a mark, with Tribesmen winning in the double through Heidi Sohlberg and Deirdre Larkin.
The World Masters is a huge annual event, returning after a break due to Covid. Crews are sorted by age category and each race is a final.