Ireland Rowers Rack Up A Final Places at World Finals 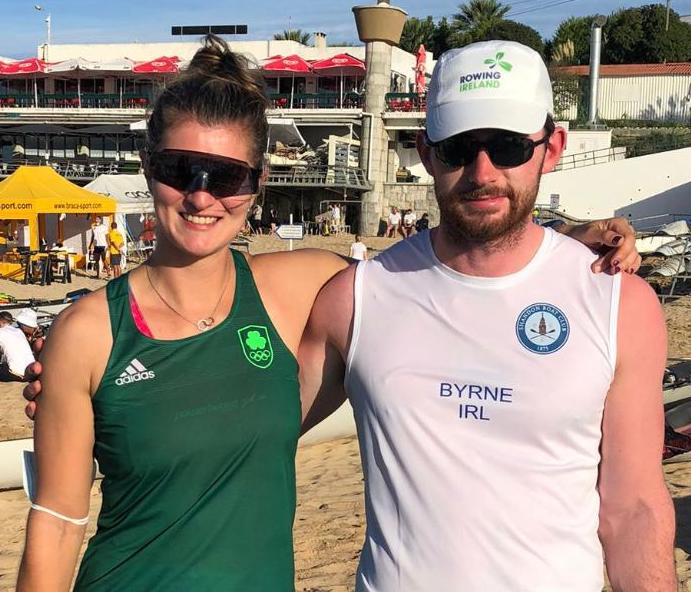 Ireland had a very good day at the World Rowing Coastal Championships in Oeiras, Portugal, today. Six crews qualified for Saturday’s A Finals – some of them in with a good chance of medals  – while Castletownbere won the B Final of the women’s coxed quadruple.

The good run of A Final qualifications started with the all-Olympian mixed double of Monika Dukarska and Ronan Byrne (pictured), who finished second in their heat. The Championships are complicated – and made more exciting – by the variable sea conditions and the pile-ups at the turning points, but Dukarska and Byrne will surely be contenders come Saturday afternoon.

The Shandon/Portmagee men’s coxed quad qualified for their A Final with a fifth-place finish in their heat. The crew’s Shandon men – Sean O’Sullivan, Ronan Byrne, Ciarán Brady and Alex Byrne – are coxed by Portmagee’s David Hussey.

They will be joined in the final by another starry crew: the St Patrick’s/Cairndhu crew features Ireland’s first-ever world champion, in Niall O’Toole. They finished 10th in their heat.