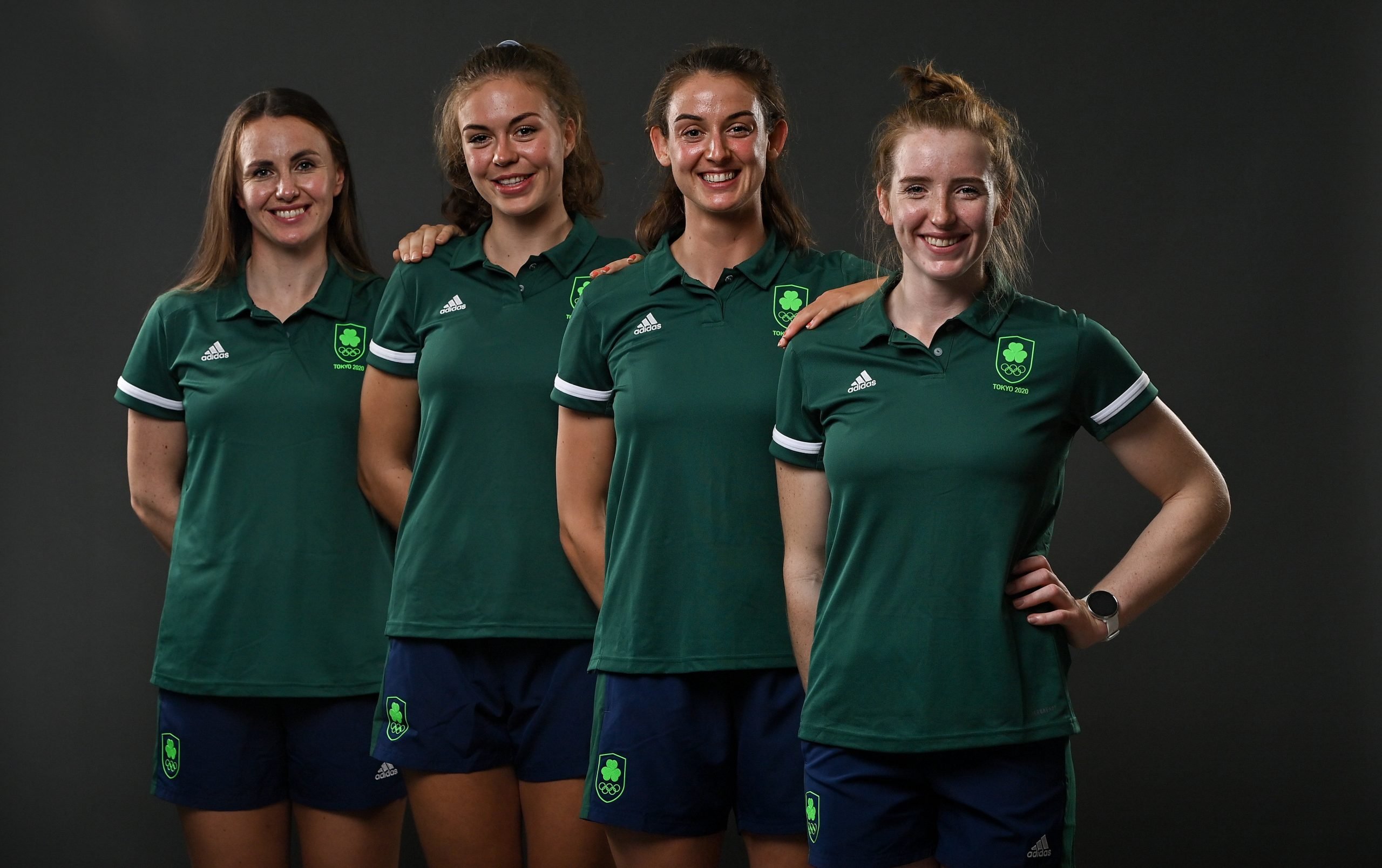 “We have such a great time together!” said Aifric Keogh, and it kind of summed up a great morning for Ireland and Irish rowing.

Keogh, along with her sisters on the water, Eimear Lambe, Fiona Murtagh and Emily Hegarty had just taken a bronze medal in the four – the first Ireland women’s crew to step onto an Olympic podium.

To no one’s great surprise, Australia set the pace and the Netherlands tracked them. But for Ireland, the situation was worrying. Britain were the third-placed crew, and though they had begun to move, Ireland were actually in fifth behind these three and China at 1,000 metres.

But, as this Blog noted a day ago, the Ireland four has speed – and they love to race.

They were just two tenths of a second behind Britain by 1500 metres and had firm hold of the bronze crossing the line.

Anyone who thought that such control in the sometimes tricky conditions was easy should go back and look at the race immediately afterwards – Britain’s men’s four, under pressure in medal position, lost control of their steering and finished fourth.

The Ireland crew held it together. And togetherness is characteristic of this unit – arms around each other for interviews, the matching orange scrunchies, the smiles and jokes which they pass back and forwards down the line.

Hegarty said they will never forget this moment. They won’t.

And neither will we.

Aifric Keogh had name checked the O’Donovan brothers, the first Ireland Olympic rowing medallists, as important influences. The present iteration of the Ireland lightweight double, Fintan McCarthy and Paul O’Donovan, were simply outstanding as they won their semi-final in a new world best time.

It is tempting to label this crew as unstoppable, but each race is a new test – as one of the favourites for a medal, Norway, will attest. They capsized in the closing stages in the other semi-final. Germany won, and look to be the main challengers for Ireland in Thursday’s final (1.50 Irish time).

Aoife Casey and Margaret Cremen in the Ireland women’s lightweight double gave their semi-final a good lash. Britain, France and the Netherlands took the A Final places and Ireland were pushed out of fourth coming up to the line by Switzerland. A finish in the top four in the B Final on Thursday would place this young Ireland crew in the top 10, which would be quite an achievement.

Monika Dukarska and Aileen Crowley can have similar ambitions. They also took fifth in a semi-final which had a jaw-dropping finish. Britain, Canada and Australia were heading for the line in the A Final places when Greece, in lane six, found a different gear and passed them all. The Australia pair of Annabelle McIntyre and Jessica Morrison lost out – completing a surreal day for them, as they had earlier taken gold as part of the Australian four in the race in which Ireland had taken bronze.

A troubling regatta for the Ireland men’s double ended as they took 10th, with fourth in their B Final.