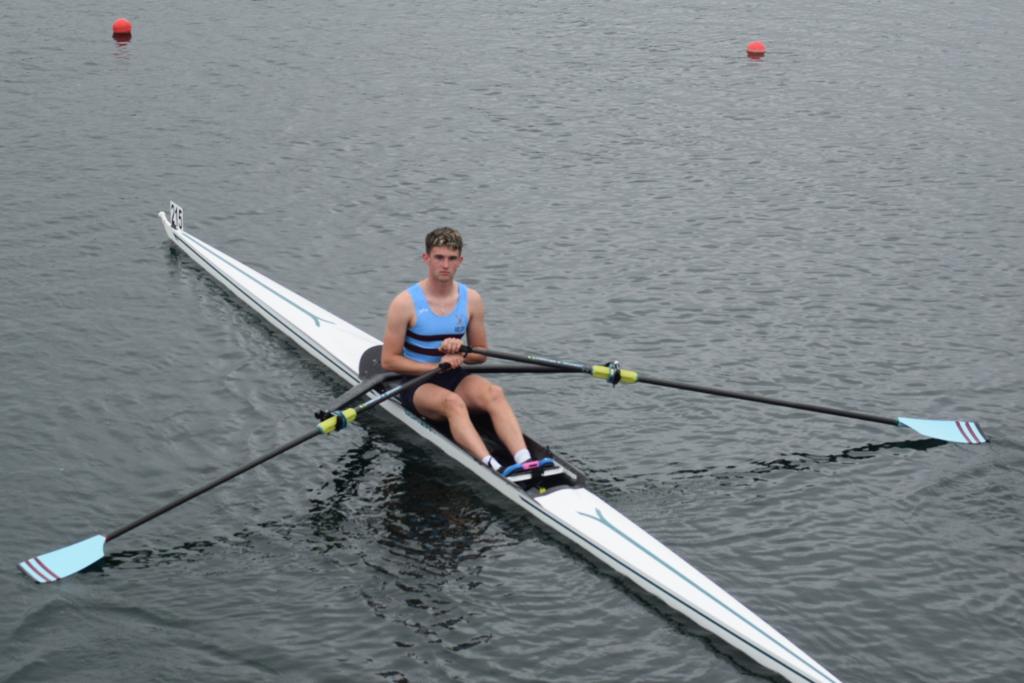 Irish crews turned out in huge numbers at the big Metropolitan Regatta on Dorney Lake on Saturday and Sunday – over 50 crews from this island competed on both days – and there was a good haul of medals.

The placings gave a telling indication of the relative positions of Irish crews in the run-up to Henley Royal Regatta and the Irish Championships next month. They were a major part of an event where not all the top British crews participated.

The organisers put out a call for volunteers and it was well subscribed. Conditions on the Saturday were difficult, with a crosswind.

Ronan Gibbon of New Ross (pictured) was the fastest junior single sculler on both Saturday and Sunday, with Lee’s Ciarán O’Sullivan and Kevin McColgan taking the other podium places on the Sunday.

The University of Limerick had some very good results. On Saturday they won the women’s coxed four, and Kealan Mannix of UL took a silver medal in the Open Championship single, a medal matched by the UL women’s quad on both days. They also took silver in the men’s doubles on Sunday.

Shandon won the women’s coxed four on a good weekend for them, while Cork Boat Club won the men’s club four on the Saturday and took a bronze medal on the Sunday in the Open Fours.

NUIG were also podium finishers. They took bronze in the women’s double on the Sunday.

UCD were impressive in the battle of the Irish eights. Their top men’s eight took bronze in the Championship eights on Sunday, behind Thames and London University. Cork Boat Club were sixth and Trinity seventh.