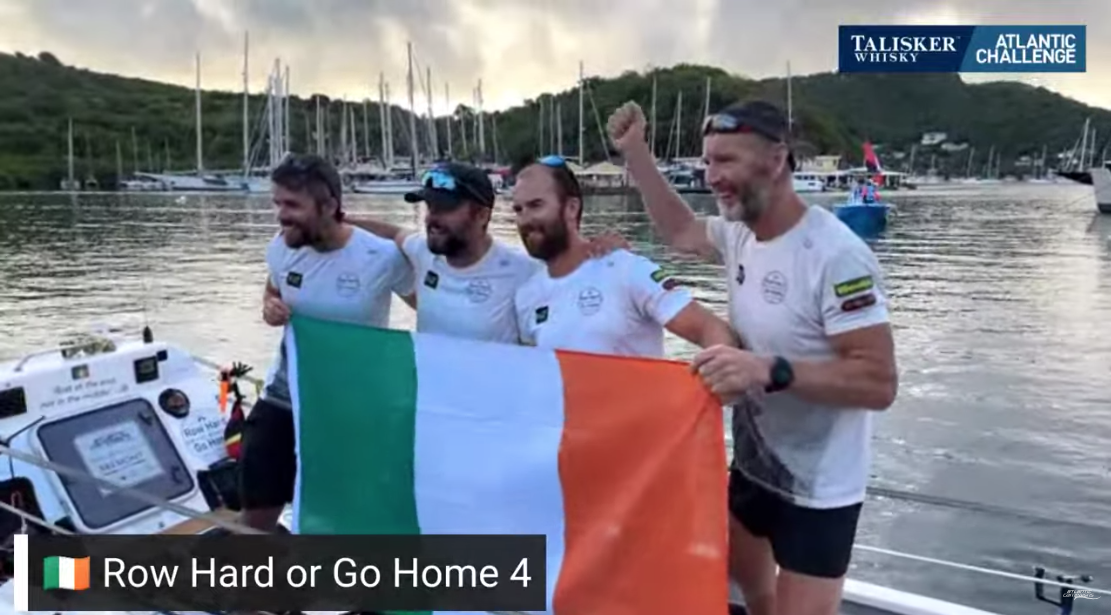 All nine rowers in the Row Hard or Go Home team have now rowed across the Atlantic. The Four arrived in Antigua this morning having completed their row from the Canaries in 35 days, 23 hours and 41 minutes as part of the Talisker Whisky Atlantic Challenge.

The five-man crew of the Brugha had finished their row early on Sunday morning, setting a new record time for a five-person crew.

It was a particularly special day for Dan Buckley, who celebrated his 36th birthday on the other side of the Atlantic, having set out from La Gomera in the Canary Islands on December 12th. Twins Eugene and Frank Mohan and Jim Bailey were his crewmates.

The four men were in good form as they were greeted by family members in English Harbour. Though they had lost two oars and encountered high winds, they said the were frustrated by the calm seas which made their final drive for the finish difficult.

Rowers from the Five were also waiting for them at the finish. Row Hard or Go Home have been major fundraisers – with a reported €50,000 raised – for Laura Lynn Children’s Hospice and the RNLI.

The Four finished 10th overall. One Irish rower remains in the race: Jamie Carr, whose team name is Nothing Ventured, lies second in the solo class and is set to finish on or around February 5th. 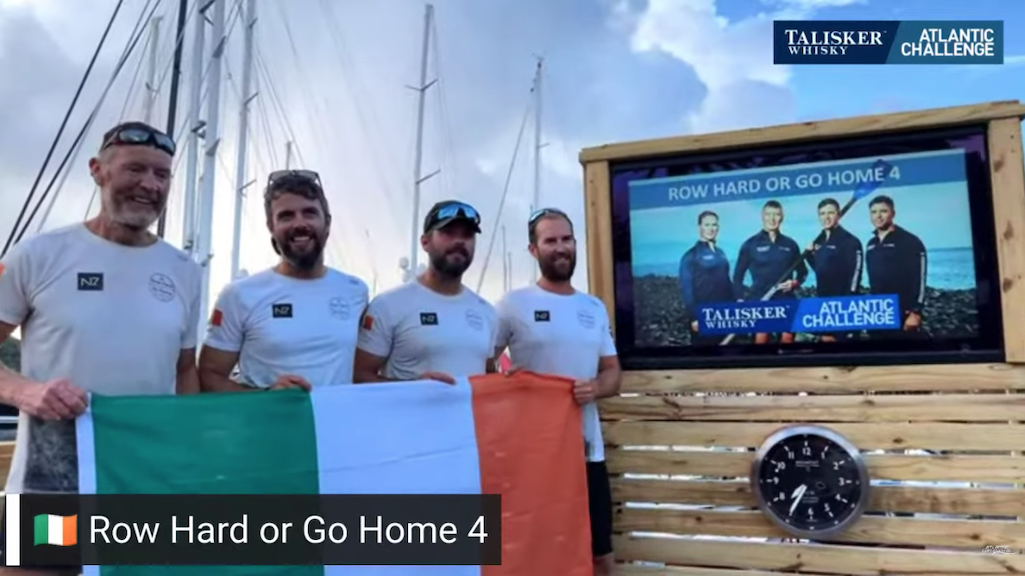