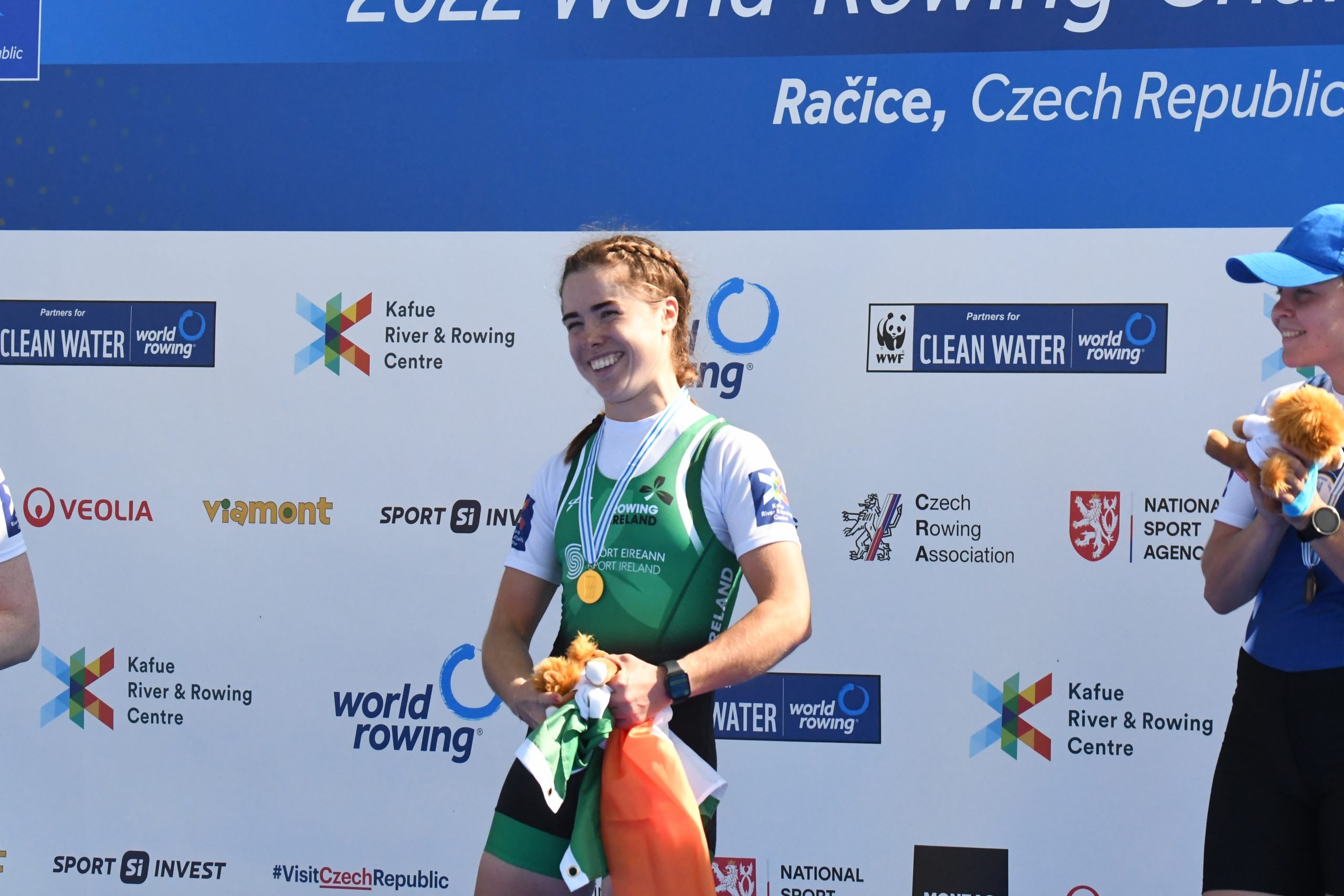 The weather in Racice provided a perfect backdrop for the winning smile of Ireland’s gold medallist, Katie O’Brien. The early-morning mists were banished by bright, warm, sunshine.
The 26-year-old Galway woman won the PR2 single sculls with a dominant display, throwing down a challenge from early on to defending champion Kathryn Ross, who she had never beaten before.
“It fairly went to plan: go out hard, open up a bit of water and hold [the lead] to the finish,” O’Brien said. Ross came in 10 seconds behind the Ireland sculler.
“It’s just a dream come through,” O’Brien said. “It’s every rower’s dream. I can’t put it into words, to be honest; it’s everything.”
On Saturday, O’Brien will partner Steve McGowan in the PR2 double sculls, a Paralympic event. It will be a harder challenge, and their placing will be a good indication of where they stand as they target competing at the Parlympic Games in Paris.
In the run-up to the Olympic Games in two years’ time, Ireland look to be in good shape. In addition to the pararowing race (12.05 Irish time), Saturday’s programme features three A Finals in which Ireland crews with Olympic ambitions compete: the lightweight women’s double (Aoife Casey, Margaret Cremen), the lightweight men’s double (Fintan McCarthy, Paul O’Donovan) and the women’s four (Aifric Keogh, Eimear Lambe, Fiona Murtagh, Emily Hegarty). The three races come in quick succession from 1.07 Irish time.
There are also B Finals for the women’s pair and the Ireland men’s four, which gets a chance to place well in their first senior World Championships.
Sanita Puspure and Zoe Hyde moved the dial up to six finals for Ireland – from 13 crews – at the championships as they qualified for the medal race in the women’s double through placing second in their semi-final. The Dutch double of Roos de Jong and Laila Youssifou were very impressive winners. The final is set for Sunday (12.54 Irish time).
On Friday, Lydia Heaphy took ninth in the lightweight single through a third-place finish in the B Final. Hugh Moore’s third in the D Final of the men’s lightweight single placed him 21st.