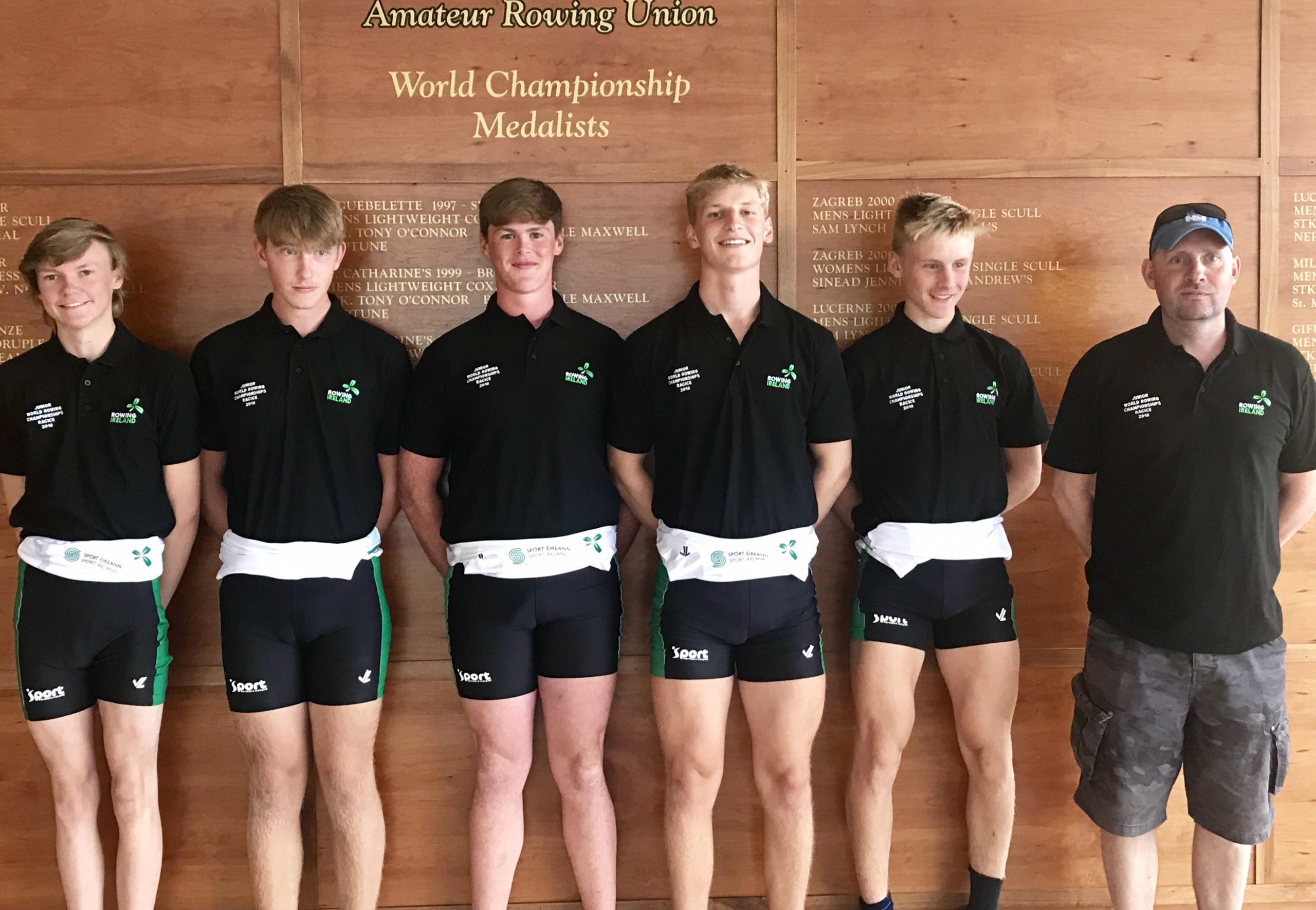 The announcement of Fran Keane and Giuseppe de Vita as new head coaches at Rowing Ireland has prompted some debate.
De Vita will be the women’s head coach and Keane the men’s head coach.
The initial statement on Rowing Ireland gave strong prominence to Keane, with de Vita given lesser mention. That post was taken down and a more comprehensive one has just been posted, in which the two are both given prominence.
De Vita won plenty of praise for his work on the women’s side, in which the Ireland heavyweights won their one medal at Tokyo 2020, a bronze in the women’s four.
Keane’s coaching CV is light on hands-on experience with senior crews. He came into the system from a schools coach background with Presentation College. He worked with Ireland underage crews (he is pictured with the junior men’s coxed four in 2018) and after he was staffed in the high performance system he worked in a managerial role, more recently moving on to coaching.
While the lightweights under Dominic Casey starred at the Olympic Games – a gold medal and an eighth place for the two crews – the single medal for the four heavyweight crews might have prompted an opening up, with some new blood on the coaching side. This announcement suggests that there is instead a doubling down. Antonio Maurogiovanni, who values loyalty and puts strong faith in his programme, is being backed fully.