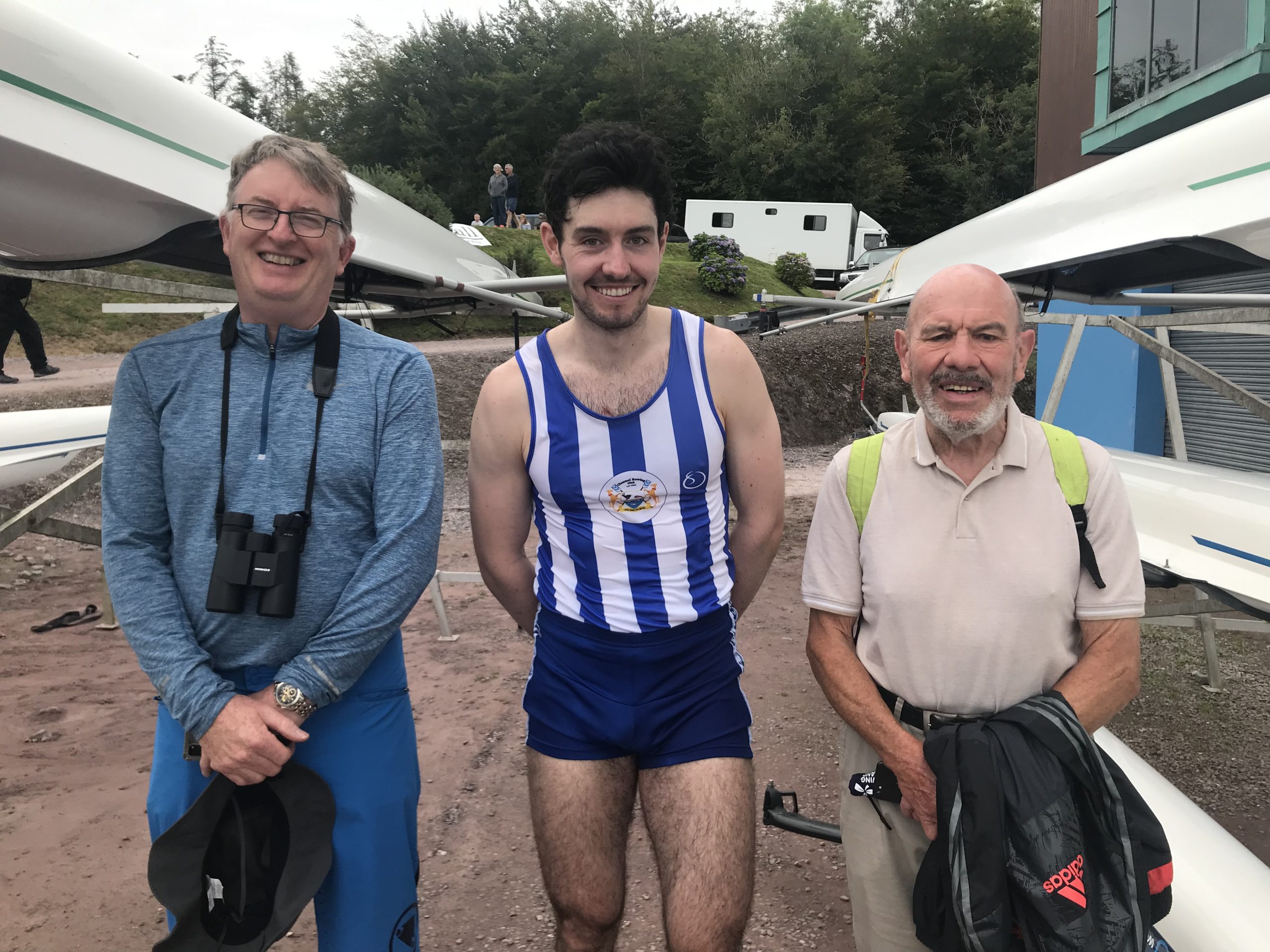 What an Irish Championships! Close finishes, Olympic medallists and a good spread of winners. What it did not have was a surprise win – until this morning.
Daire Lynch beat Paul O’Donovan in the final of the single sculls. The Clonmel man held off a powerful charge by the Olympic gold medallist to take the title by just under half a second.
He was pleased to beat O’Donovan – a first win for him in their contests. “He said well done. We’re good friends,” Lynch said.
“It was great fun, like,” O’Donovan said. “There’s been some close racing all week and some tough competition. And that’s what it is all about this weekend, and that’s why we (the internationals) did it.”
UCD retained the men’s senior eights title. They fashioned a lead by half way, and came under most pressure from Cork Boat Club.
The year before had no Championships, so UCD, who won in 2019, were retaining their crown.
“That’s two in-a-row. The most we’ve ever done is three in-a-row. So, we’ll go for three in-a-row,” said their coach, Martin Feeley. He paid tribute to the crew, who faced serious challenges because colleges had very restrictive rules because of Covid-19. “I have to say they’re a fantastic group. Unbelievable young men.”
UCC, stroked by Tara Hanlon and featuring Olympians Emily Hegarty, Aifric Keogh, Aoife Casey and Margaret Cremen, were also strong winners, though they were kept honest by NUIG/Galway Rowing Club.
“It was a nice way to finish off my time with UCC,” said Keogh, who will study in Trinity this year. “For as long as I have been here we have always been striving to field a full UCC women’s senior eight.”
Two of the strongest features of the Championships were the very high standard of competition, and the distribution of the titles through the country – from the one title won by Bann (the women’s junior 18 quadruple) to the remarkable 10 taken by University of Limerick.
The secret of UL’s success? Coach Frank Nugent speaks about culture and sports science. “It’s about looking at the individual and seeing what they need,” he notes. He gives strong credit to his performance manager, James Mangan.
UCC ran them close with nine titles, though they are trying to find a permanent home now that the National Rowing Centre is becoming a high performance facility.
Other strong impressions? Wonderful conditions through much of the weekend, the presence of crowds again – kept away from the rowers as they came off the water – and the advent of the drone.
Margaret Cremen was a shining light: the UCC woman, who took a break from the sport just a few years ago, is now a fully-fledged Olympian. At the National Rowing Centre, she took the senior single, the double, the four and the eight.
A host of clubs had a really encouraging regatta, one of the most notable being Athlone: they won the junior men’s quadruple and they took the single through Donagh Claffey and junior double (Claffey and Martin O’Grady). Shannon took a title, Enniskillen had a highlight when their women’s junior 18 eight swept to a fine win.
St Joseph’s of Galway, the men’s junior eights champions, Galway, Trinity, Lee Valley and Queen’s had their moments, and while Skibbereen never looked to be burning up the event, they racked up five titles.
And then there was Clonmel. As our picture shows, Tom Fennessey stood on one side of Daire Lynch and club captain Pat Kinsella on the other. Fennessey, who devotes huge amounts of time to Irish rowing behind the scenes, announced that this was the first senior title for the club in 20 years.
The athletes of today, the stalwarts who live to see them succeed.
A great Championships.