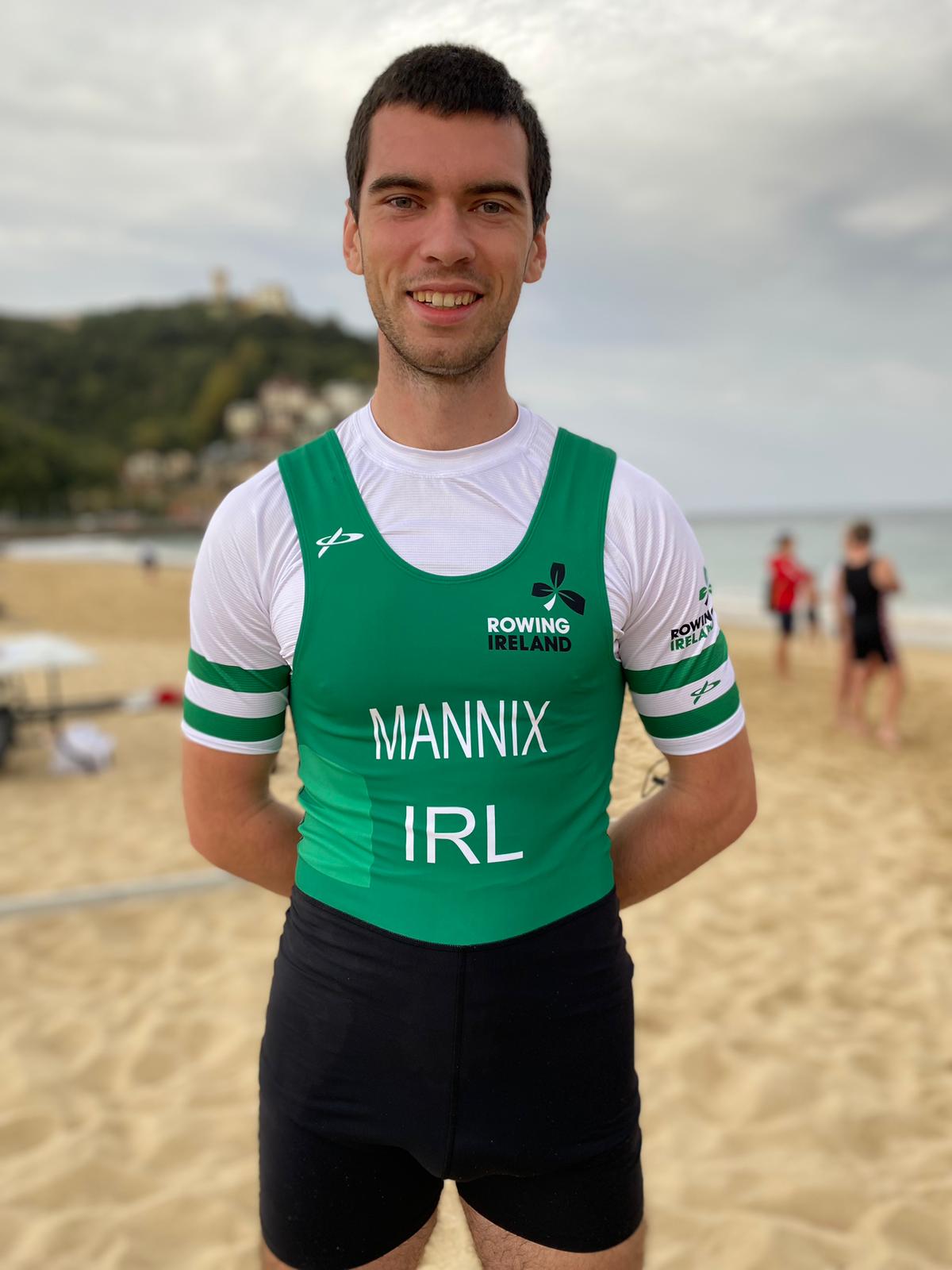 “I’m delighted to be here and to be in for a medal,” Kealan Mannix (pictured) told the interviewer just before his race in the B Final of the men’s solo at the European Rowing Beach Sprint Championships in San Sebastian in Spain.
In the event, the Irishman fell just short. He was beaten by Ales Susky of the Czech Republic in that B Final, so finishing fourth overall.
Mannix had shown persistence and skill to come through to that stage. In the last 16 he took on Karl Schulze of Germany, who had a better time in the time trials. But Mannix was better in the race, especially in transfers into and out of the boat on the beach, and won well.
The Corkman came from behind to win his quarter-final. Austria’s physically impressive Iurii Suchak hit the beach well in the lead, but Mannix jumped out of his boat swiftly and strode across the finish line just ahead of Suchak’s unavailing dive.
In the semi-final, Mannix had hit a buoy and lost out to Zygimantas Galisankis of Lithuania, who would go on to win gold in the A Final, ahead of Spain’s Carlos Gonzalez Buzon.
The venue was spectacular and the event was a success, though more thought needs to be put into coverage and the general organisation if more events of this sort are to held in San Sebastian.
Ireland took a medal on Friday in the endurance events through Ronan Byrne and Natalie Long, but the Beach Sprints were not as productive. Xena Jordan lost to multiple medallist Janneke van der Meulen of the Netherlands in the women’s solo last 16. The Dutch competitor rounded the turning buoy much better and gained an advantage she did not lose.
Michael O’Boyle was beaten in the quarter-final of the Junior (under-19) solo by William Burrows of Britain. A false start seemed to unnerve O’Boyle.
In the mixed double, the Czech Republic were too strong for Miriam Sheehan and David Hussey in the last 16 round.