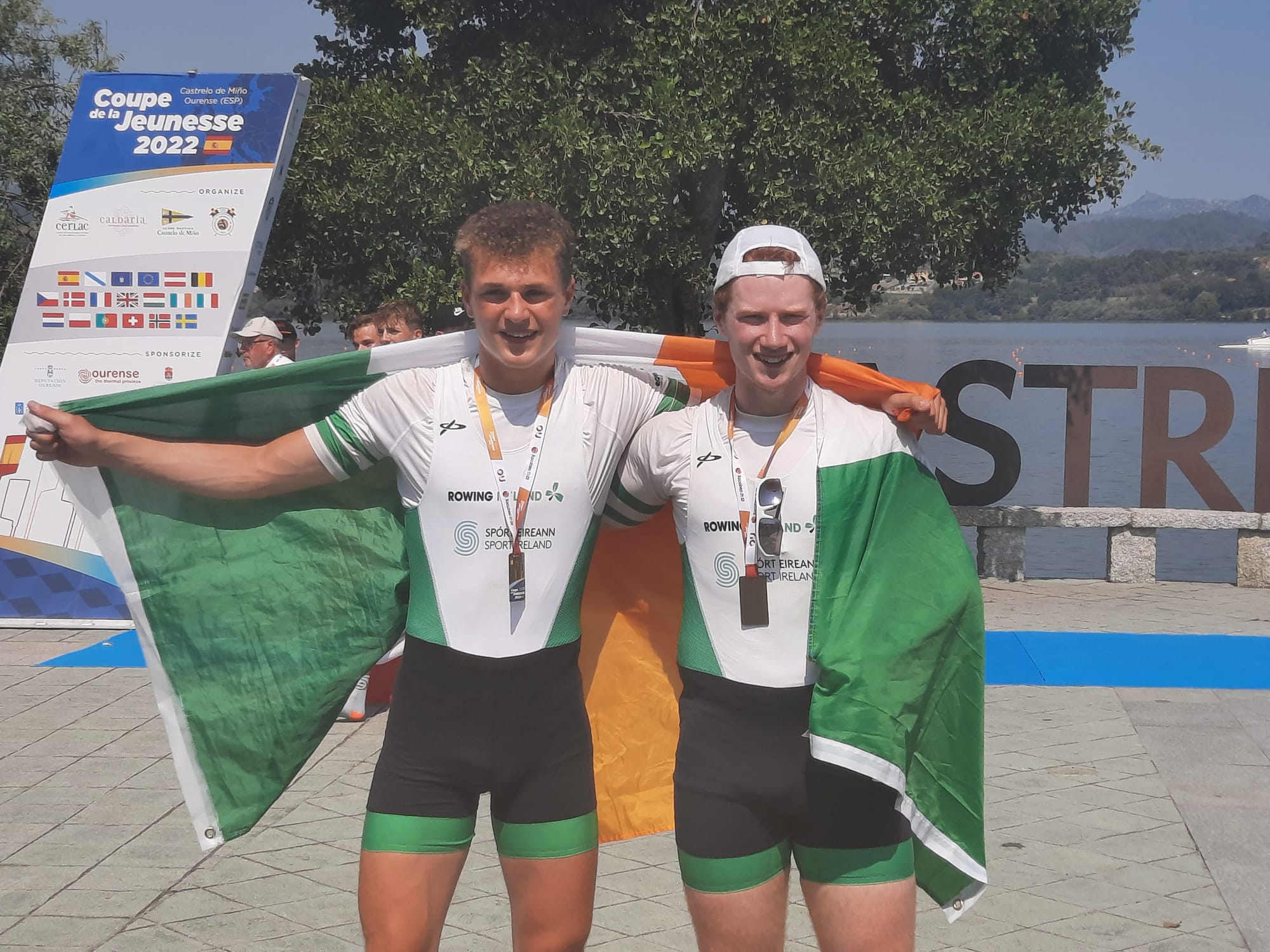 Two A Finals, two gold medals. Zach Meegan and Shane Rafferty could not have done any better for the Ireland team at the Coupe de la Jeunesse in Castrelo de Mino in Spain.
Britain have been outstanding at the European junior tournament, and their double of Harvey Orskov and Edward Andrews, who took silver on Saturday behind Meegan and Rafferty, were not going to give Ireland an easy time on the Sunday. They took the race to the Irish in the middle stages, but the Athlone/St Michael’s combination were ready. They raced well in the final two quarters and said they knew they had the British bested in the final quarter. Switzerland took silver and Britain bronze.
The Ireland junior men’s coxed four were contenders for a medal in their A Final. Christopher O’Donovan, Harry Feeney, Andrew O’Leary, James Young and cox Noah Giltinan were just three seconds away from a bronze in a close race won by Hungary, with Britain taking silver and France bronze.
The women’s four of Amy Barrett, Kelly Oforji, Alannah O’Donohoe and Ranya Praxmarer finished sixth in their final, as did Rohan O’Hara Nolan in the junior single sculls.