More A Final Places for Ireland Crews at Coastal Championships 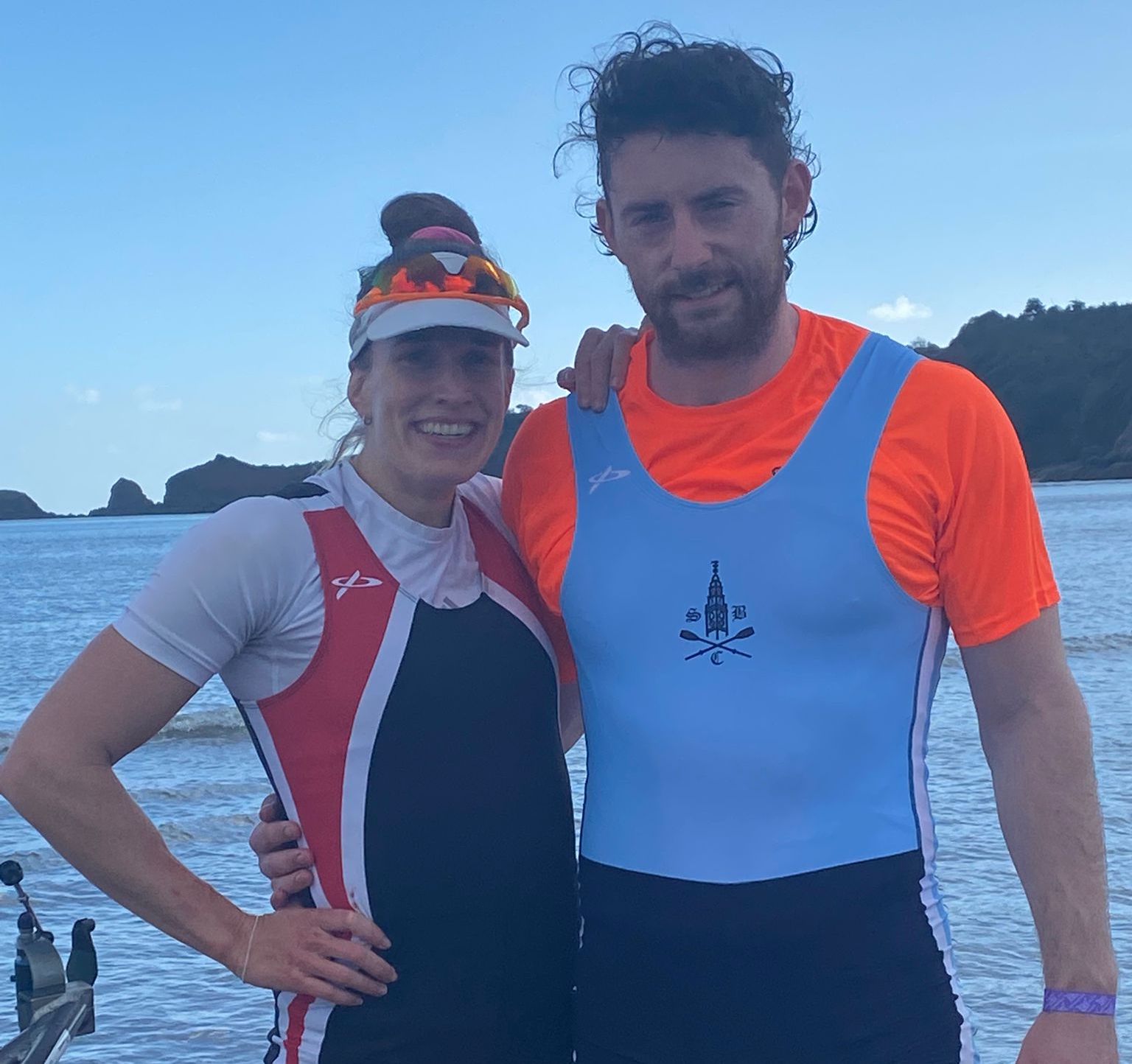 Ireland crews go into Sunday with a big representation in A Finals at the World Rowing Coastal Championships in Saundersfoot in Wales.
The Killorglin women’s double of Rhiannon O’Donoghue and Monika Dukarska set a good tone for the day as they won their heat, while crews from Arklow, Kincasslagh and Castletownhend join them in the medal race.
Natalie Long and Ronan Byrne (pic) grabbed their place in the mixed double with a strong second place in their heat; the feat was matched by Dukarska and Patrick Boomer of Loughros Point, while the Killurin/Arklow team of Tom Stafford and Xena Jordan brought the A Final set to three.
Byrne won his heat of the men’s solo, while Boomer showed his stamina by switching out of the mixed double directly into the solo and also qualifying for the 18-boat final. Adrian Miramon Quiroga will be one of the favourites – the Spaniard who is a former champion, competed for Wicklow Rowing Club and Ireland. Kealan Mannix and Noel Creedon brought Ireland’s complement in the men’s solo final to five.
An eighth place in their heat qualified the Wicklow’s men’s coxed quadruple for their A Final.
In the B Finals, Olderfleet won in the women’s coxed quadruple, while Cian Sweeney and Michael O’Boyle of Loughros Point Rowing Club took second in the men’s double.