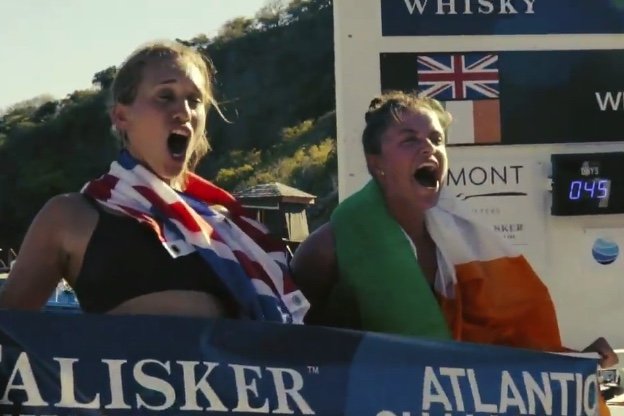 Jessica Oliver and Charlotte Harris, a British/Irish crew which had no rowing experience before they took up the Talisker Whiskey Atlantic Challenge, have become the fastest women’s pair to row across the Atlantic.

The crew, rowing as Wild Waves, left La Gomera in the Canary Islands on December 12th and landed on January 26th. They set a good pace despite conditions without much following wind. They overcame a capsize and encounters with sea birds and a shark, which swam right up to their boat. They also had hallucinations – including Jessica believing she could hear children laughing.

Another British/Irish crew, Saf Greenwood and Victoria Carroll, who is the grand daughter of Irish coach Noel Casey, have under 500 nautical miles to go and should reach land in the next few days.