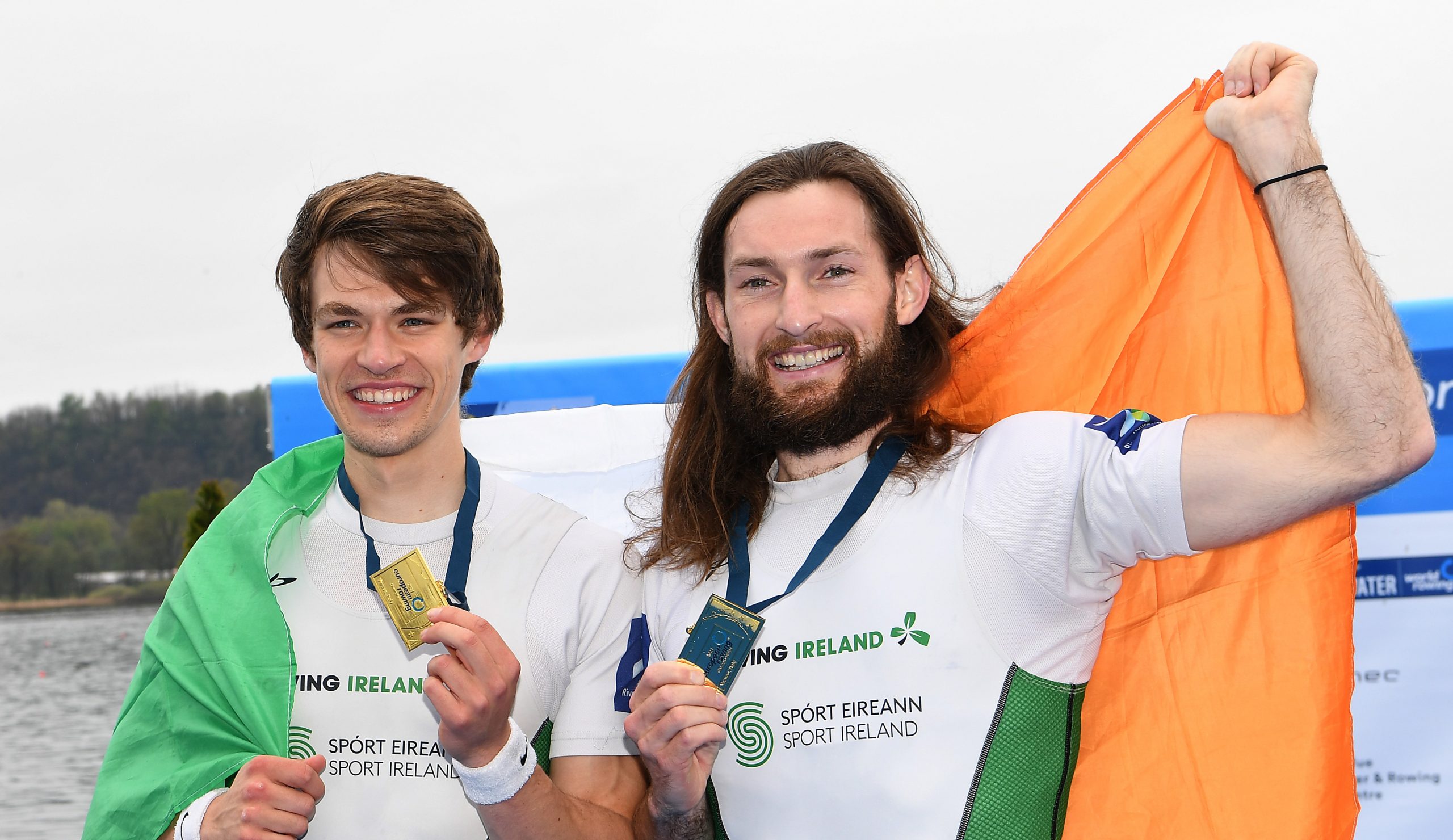 Ireland’s rowing schedule for Thursday at the Olympic Games is both compact and very promising for early-morning viewers at home.

The two B Finals involving Ireland crews go off at twenty to one Irish time (0.40) for the pair of Aileen Crowley and Monika Dukarska and 1 am for Aoife Casey and Margaret Cremen in the lightweight double sculls.

And then there is the Big One. Fintan McCarthy and Paul O’Donovan, pictured with their European Championship gold earlier this year compete in the A Final of the lightweight double sculls at 1.50 Irish time.  They are in lane three, flanked by Italy and Germany in two and four. They are hot tips for gold.

And then comes another Ireland medal hope. Here is Sanita Puspure’s chance to reach her first Olympic final in the single sculls. She competes at 2.30, taking on Hannah Prakatsen, the Russian who has won all her races so far this year. The top three go to Friday’s A Final.