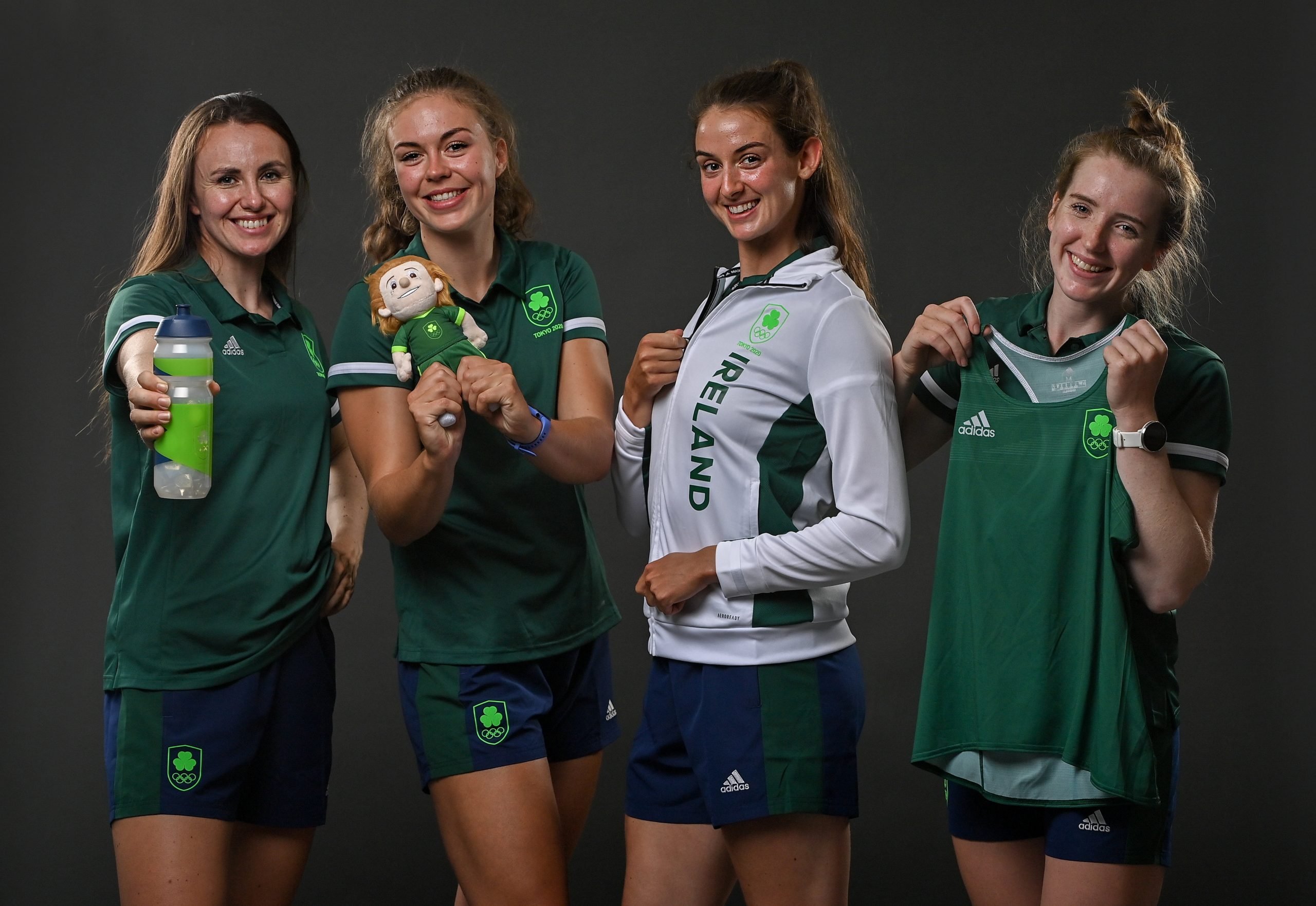 Worth waiting for! Ireland’s last two races on the second day of the Olympic regatta in Tokyo gave the rowing public at home plenty to smile about. The women’s four qualified for an A Final, while the Ireland men’s lightweight double won their heat and booked a semi-final place.

Fintan McCarthy and Paul O’Donovan gave the best performance of the regatta so far by an Ireland crew. They started well and remained cool as complete outsiders Uruguay shot away from the others in the first 500 metres. Coming up to half way, Ireland took over the lead – and there was an inevitability about the result from there.

The Czech Republic took the second qualifications spot ahead of Poland. Germany and Norway won the other heats in similar times to Ireland.

The Ireland women’s four also looked very slick in their heat. Two crews in a good lineup would go straight to the A Finals in a field of 10 crews in this revived event.

The Australians took command early on, but Ireland’s Aifric Keogh, Eimear Lambe, Fiona Murtagh and Emily Hegarty [pictured] would not let them build a big lead. Indeed, they raced the women in yellow to the line – these two crews moving well clear of the rest.

Very encouragingly, this was the faster of the two heats and an Olympic regatta record for this revived event. The Netherlands, the favourites, led in China in the other.

The day had started for Ireland with a pressure race for the Ireland men’s double of Philip Doyle and Ronan Byrne. If they did not take a top-three spot in their repechage, the regatta was over for them. In an unusual race profile, the Czech Republic set the pace – and then faded back to fourth as Germany took over. Lithuania took second.

Philip Doyle stressedd – as he had before the regatta – that the crew has good form, but must access it. “We’re struggling to find our groove, our click.”

Next up is the semi-final and only a top-three spot will keep them on course.

Two Ireland crews are off to repechages. The Ireland lightweight women’s double, like the women’s four, came through the Olympic Qualifier this year. But this level of competition is a big step up for Margaret Cremen and Aoife Casey. They finished fifth in their heat.

The women’s pair of Aileen Crowley and Monika Dukarska took fourth in their heat, won by the outstanding New Zealand crew of Kerri Gowler and Grace Prendergast.