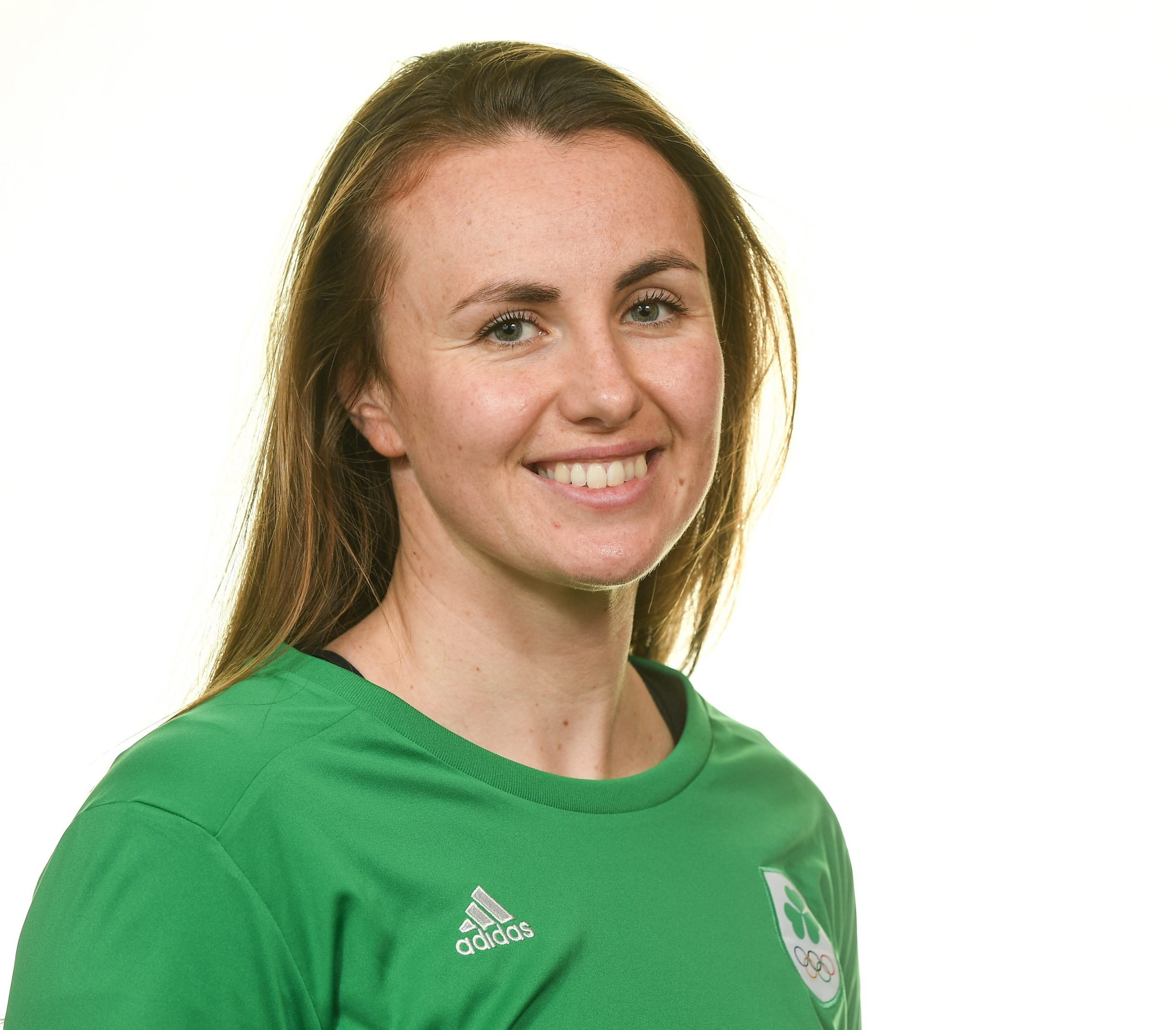 Eight years ago, Aifric Keogh appeared in her first big international event. The Ireland women’s four finished just outside the medal positions at the World Under-23 Championships in Linz, Austria. She returned, unknown, to her studies and her rowing.

This week as she walked down the street in Dublin where she now lives, a woman – a complete stranger – threw open a window above her and shouted out to her.

“It’s pretty weird, to be honest,” she tells RowReport. “We’re used to racing and no one taking any notice apart, obviously, from your family and friends. It’s quite weird when neighbours and even people you’ve never met start getting in touch.

“Yesterday, I left here – at this stage I’ve spent about four nights – and [as] I was walking around to the car some lady next door starts shouting out the window at me. I’d never met her before!

“Those things are kind of bizarre.”

The Ireland women’s four which took bronze in Tokyo – Keogh, Fiona Murtagh, Eimear Lambe and Emily Hegarty – have all impressed as communicators. Keogh, at 29 and with the most experience, was often called on first.

She says that the medal was something they had all worked hard to win, “but I don’t think anyone thinks past that; what that means going forward”.

She still has to decide whether she will put herself in the mix for Paris 2024.

Olympic success and a certain level of fame seemed unlikely for Keogh through the five years from 2013 to mid 2018. There were no international medals, a succession of B Finals. Even the early part of 2018 did not seem promising.

“I raced two World Cups that year (in the pair with, respectively, Emily Hegarty and Tara Hanlon) but they didn’t go that well.”

But the World Championships in Bulgaria, in which she raced a pair with Hegarty – then just turned 20 – was a turning point. Even at the time, to astute observers, it seemed like it might presage very good things in the future for Irish women’s rowing. It was the first time an Ireland women’s sweep boat had reached an A Final at this level.

And yet, going into the Worlds this seemed very unlikely.

“We weren’t expecting that result at all,” Keogh explains. Their prognostic times (the system which ranks performances against the expected winning time at the biggest events) were amongst the worst among the Irish crews at their training camp in Varese in Italy.

“We were never up there – never. We were always the last by a long bit.”

Giuseppe de Vita, who would go on to coach the successful women’s four at the Tokyo Games, came over to their camp and helped them.

“I didn’t know him at all at that stage,” Keogh says. “He was (assisting) us because we were kind of the runt of the litter. It made such a difference. And it kind of clicked [from there on], I think.”

Looking back, they had taken the first steps on the road which led to the podium in Tokyo. There were more twists to the story – two very big ones. In 2019, the women’s four (Hegarty and Keogh, Lambe and Hanlon) missed out on Tokyo 2020 qualification by two places. Covid 19 threw the whole process up in the air, only for it to land in spring 2021 with Keogh and Hegarty at either end of a frig-rigged four and Lambe and newbie Fiona Murtagh rowing the same side in the middle.

It worked. They won at the Olympic qualifier, medalled at the European Championships and took bronze in Tokyo. Keogh became an overnight sensation after a decade or so of hard work and five years of Spartan training at the National Rowing Centre in Cork.

She will race for UCC at the Irish Championships later this month – “my last race with them” – and then settle down to masters in business in Trinity College, where she can “just be a normal person”.

She will row with the college, but has made no decision as to whether she will go forward in the Ireland programme for Paris 2024.

“I still have to decide whether I’m going to do it or not,” she says.

There will be a discussion with Ireland high performance director Antonio Maurogiovanni on how the training regimen might work. Keogh does not see herself relocating to Cork for the next 12 months at least.

In the run-up to Tokyo, very much like Paul O’Donovan, she chose not to judge all the work to be a success only if she came home with a medal.

“I think it was worth it, not only for the result, but for the whole experience. It was great. I think that’s something I need to remember going forward, if I am to continue.”