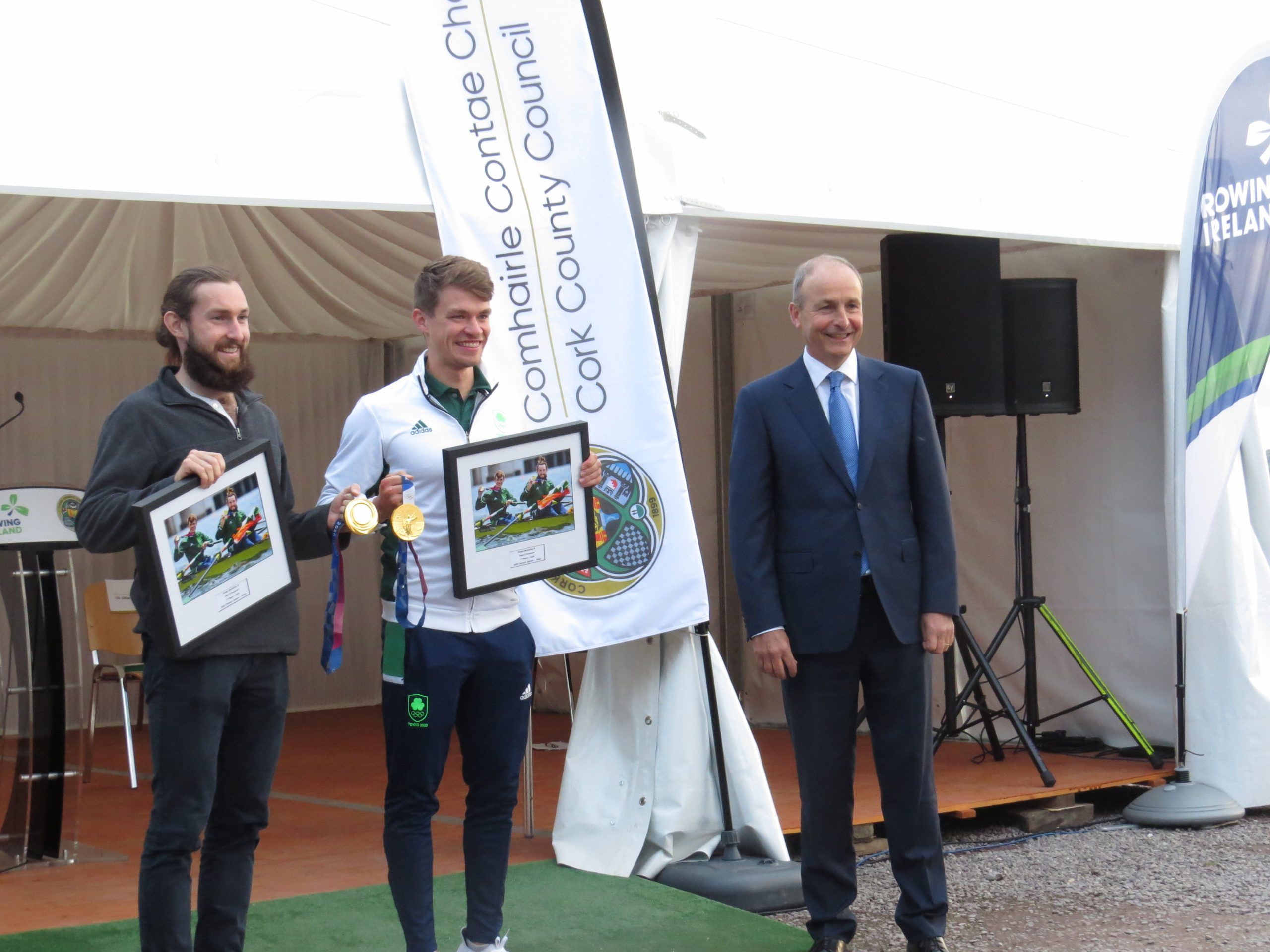 Paul O’Donovan casts a long shadow – and it’s not because of that beard.

Having the most famous rower in the world at your national championships guarantees some class racing – and a few noses out of joint.

Later in the evening, the Olympic team and coaches would be honoured in a ceremony which featured an Taoiseach, Micheal Martin (pic).

But after his race, Paul dealt head-on with the fact that some do not feel that top internationals should race at the Championships. In a very funny ‘rant’, he complained that UCC’s “poor students” were up against professionals from Skibbereen and “the likes of Commercial up there in Dublin, the big city, there’s guys up there with big jobs, able to buy the fancy boats, gadgets and all that goes with it.”

It doesn’t seem fair that a man with two Olympic medals and a medical career in prospect could probably pursue a lucrative career as a stand-up comedian!

Emily Hegarty of the Ireland women’s four brought a medal back from Tokyo and today brought more glory to UCC. She teamed up with Tara Hanlon to win the senior pair.

All in all, whether with internationals or not, university crews had a good afternoon.

The men’s club single was won by Tom Stevens of Trinity and the women’s novice eight champions are Commercial.