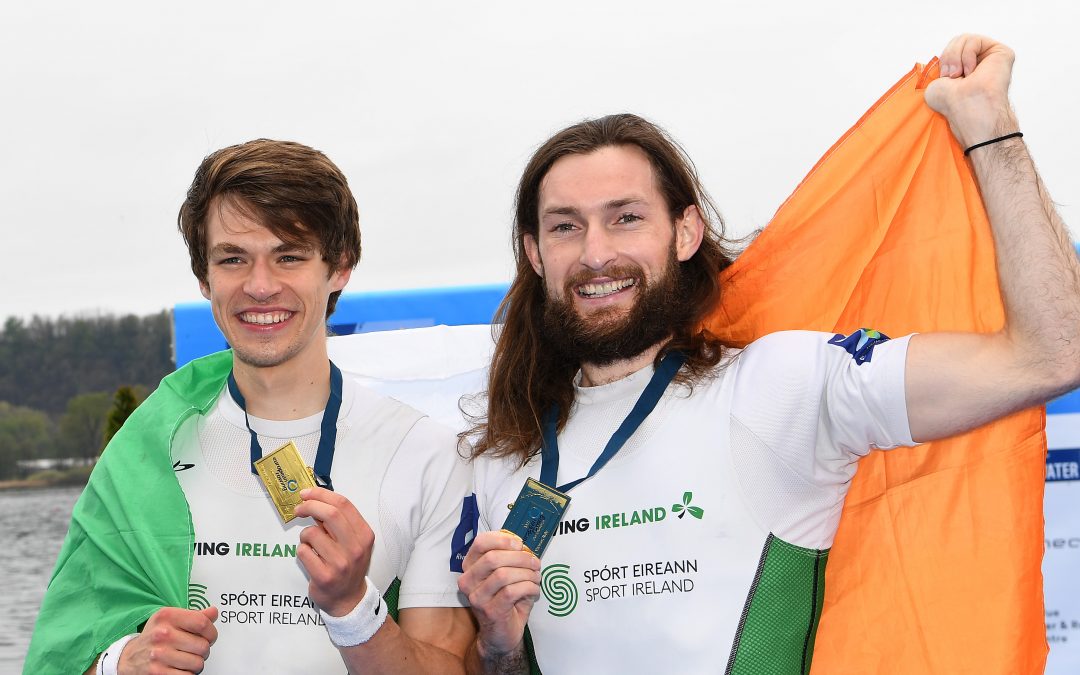 Welcome to this new Blog. We’re glad to have you on board.

If you’re a general reader, you are very welcome. You can read yourself into the sport, maybe get beyond the technical terms, learn about some of the people.

If you are already involved, great. Over time, we would hope to benefit from your expertise and your views.

We arrive at this extraordinary time in Irish rowing when six boats have qualified for the Olympic Games. So are the Irish rowers going to win medals in Tokyo? I think so, and in the next few posts I will tease out some of the possible outcomes.

A few caveats. The Games always yield some results which do not follow expected patterns. We are in the midst of a pandemic, with formlines patchy at best – and rowers will race in very high temperatures and humidity on the Sea Forest Waterway, a saltwater course.

But let’s have a go.

We will have a look first at three crews: the men’s and women’s lightweight double sculls and the women’s four. Next time we will take on the other three: Sanita Puspure in the single sculls, the women’s pair and the men’s double sculls.

Let’s start with the lightweight double sculls. Scullers have two oars each (sweep rowers have one). Lightweight women’s crews have to average 57kg (8st 13lb) or less and individuals cannot be above 59kg. Men’s crews average 70kg (11 st 0.3 lb) and a rower cannot be over 72.5 kg.

Paul O’Donovan is an astounding sportsman, a prodigy. A few years ago he and his brother Gary headed for New Zealand, home of some of the best heavyweight rowers. It was the Irish winter, the competitive summer in the southern hemisphere. In the single sculls, Paul mixed it with men 10 and 20 kilos heavier than him, beating many of them.

He is the best lightweight rower in the world. He came back from Rio 2016 a popular figure: he and Gary broke open rowing in the country for many people with their banter and their silver medal in the lightweight double, the first Irish rowing medal at the Olympic Games. But Paul was not happy. He headed immediately for the World Championships and won the lightweight single (72.5 kg). More importantly, he felt that Ireland should have won gold at Rio.

Now, five years later, comes the chance to right that. The big alteration for those looking in from outside is that Paul O’Donovan now teams up with Fintan McCarthy in the lightweight double. In 2018, Gary and Paul were World Champions, in 2019 it was Paul and Fintan. Gary had been injured early in the season when the transition was first made and he still waits in the wings. This is a better boat. I was lucky enough to be on hand in the first Ireland trial in which Paul and Fintan nailed it – there was a palpable sense of a crew that was ‘on it’.

The progress of the boat since has franked that form: now they win the heat, the semi-finals and the finals. Serial contenders Italy and Germany have been vanquished in contest after contest, most notably in that 2019 World Championship final in Linz in Austria. Paul and Fintan were way behind at 500 metres – a quarter of the race gone. They hunted down Germany and Italy and beat them well.

The Olympic champions in 2016 were France, but with the retirement of Jeremie Azou, they lost ‘their Paul’ and are no longer a force. Norway’s Are Strandli and Kris Brun, who took bronze behind the Irish in Rio but have not rowed lightweight consistently since, could be the dark horses.

Gary O’Donovan, gracious and articulate, has acknowledged that his brother is a ‘freak’, and that the overarching aim is to put out the best boat for the Games.

In big tests the crew have shown themselves to be the best crew in the world in this very difficult discipline. Now Fintan McCarthy and Paul O’Donovan can become Olympic champions.

The progress of this boat has been astounding. The crew of Aoife Casey and Margaret Cremen, both 22, have some good results at junior and under-23 level – they took silver at the World Under-23 Championships in 2020 – but, to put it mildly, they were not hit tips to qualify for the Games this year when the likes of Germany could not.

In tracking this rise it is hard to look past Dominic Casey. The World Coach of the year in 2018 has been a huge force in Skibbereen’s success, and was behind the drive by Paul O’Donovan and Gary O’Donovan to Olympic silver in 2016.

Aoife Casey is Dominic’s daughter. And yet, there is a sweet irony here. Dominic success has come with the criticism that he is a one-club man: the O’Donovan brothers, Fintan McCarthy, Shane O’Driscoll, Mark O’Donovan – all Skibbereen. But Margaret Cremen is originally from Lee Rowing Club, though Aoife and herself now row for UCC.

Their year so far has been one of big challenges accepted and surmounted. An A Final placing at the European Championships (5th), then that third place at the Olympic qualification regatta. This was the very final place available, added only after New Zealand  had surprisingly handed back their Olympic spot, with Canada taking it up.

The profile of the Ireland crew is of a unit on the rise. The ability of Dominic Casey to hone his rowers to the exact point needed to succeed makes them a wild card. And wind and swell, if they arise, might actually play into the hands of a crew which will be well used to choppy conditions.

Italy, the Netherlands and Britain all finished ahead of them at the Europeans – and the Dutch crew of Marieke Keijser and Ilse Paulis went on to set a world best time at the third World Cup in June, an event at  which Ireland did not compete. Add in the United States and Switzerland, who bettered the Ireland crew in the qualifier, and that suggests Ireland a long way to climb.

An A final placing would be superb.

The Ireland women’s four came through the Olympic qualifiers, but their hopes of a medal are real.

The Ireland women’s openweight group is strong. At the World Championships in Linz in 2019, Aileen Crowley and Monika Dukarska qualified the pair [we will get to this boat’s prospects in the next Blog post]. The women’s four, in a different form, came very close to matching the feat at that regatta in Linz. Their starts were not good enough and they were unfortunate with a decision to not alter the lane draw after the weather changed. China also missed out.

Wind forward the guts of two years and Ireland and China nailed the remaining places available at the qualifier in Lucerne. The Irish won the final.

The qualifier route is no one’s idea of the perfect way to prepare for the Olympics – to ensure you book your ticket you must peak months before you want to show your very best form.

This time there are few factors which – maybe – alter that calculus.  This Ireland four of Aifric Keogh, Eimear Lambe, Fiona Murtagh and Emily Hegarty came together from that group which had been training really well through an extended period, with reportedly very good times in ergometer (rowing machine) tests. As a crew they looked slick on their first competitive outing: they took a silver medal at the European Championships, behind the Netherlands, who look a good tip for gold in Tokyo.

There are imponderables here. Because of Covid, some southern hemisphere crews did not, as they usually would, travel to Europe for the season, so their form in Tokyo is not predictable. And unlike, say, Paul O’Donovan and Fintan McCarthy, the women’s four in this form have not got a long record of good form in top regattas.

And yet, in rowing, the crews with the fastest proven times in the season  often end up on the podium. The Ireland women’s four were only half a second behind the Netherlands at the one event this season in which they met.

If they can be as racy in Tokyo, the Ireland women’s four could take a medal.