Purdy A Silver Star at European Under-23 Championships 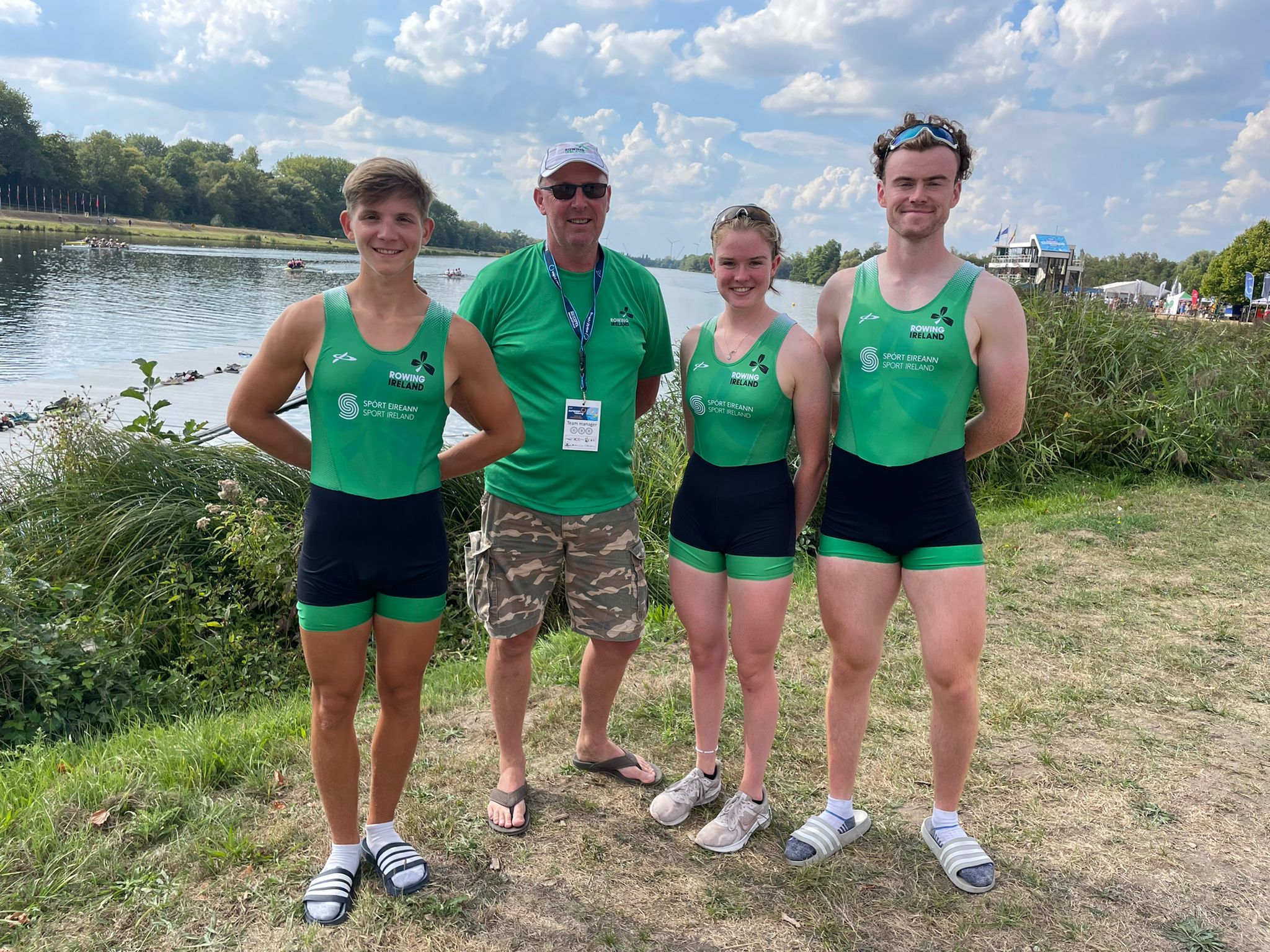 Ireland took a silver medal at the European Under-23 Championships in Hazewinkel in Belgium today, and the team in green also took seventh and 10th placings.
Lightweight single sculler Ciarán Purdy of Queen’s University covered the final 500 metres very well to take second behind Petros Gkaidatzis of Greece, with Peter Strecansky of Slovakia taking third.
Niamh Coffey won the B Final of the lighweight women’s single sculls, for seventh overall. The University of Limerick sculler was unlucky to be drawn in the toughest semi-final – three of the first four in the A Final (Greece, Britain and Italy) came from this semi. However, there was a shock in that final, as they finished second to fourth. The world under-23 champion, Evangelia Anastasiadou of Greece, could only take silver behind Turkey’s Elis Ozbay, who won the first semi-final.
Ryan Spelman, also of UL, placed fourth in the B Final of the men’s single sculls. He had taken fifth in his semi-final.
Picture shows: Ciarán Purdy, coach John Armstrong, Niamh Coffey and Ryan Spelman.