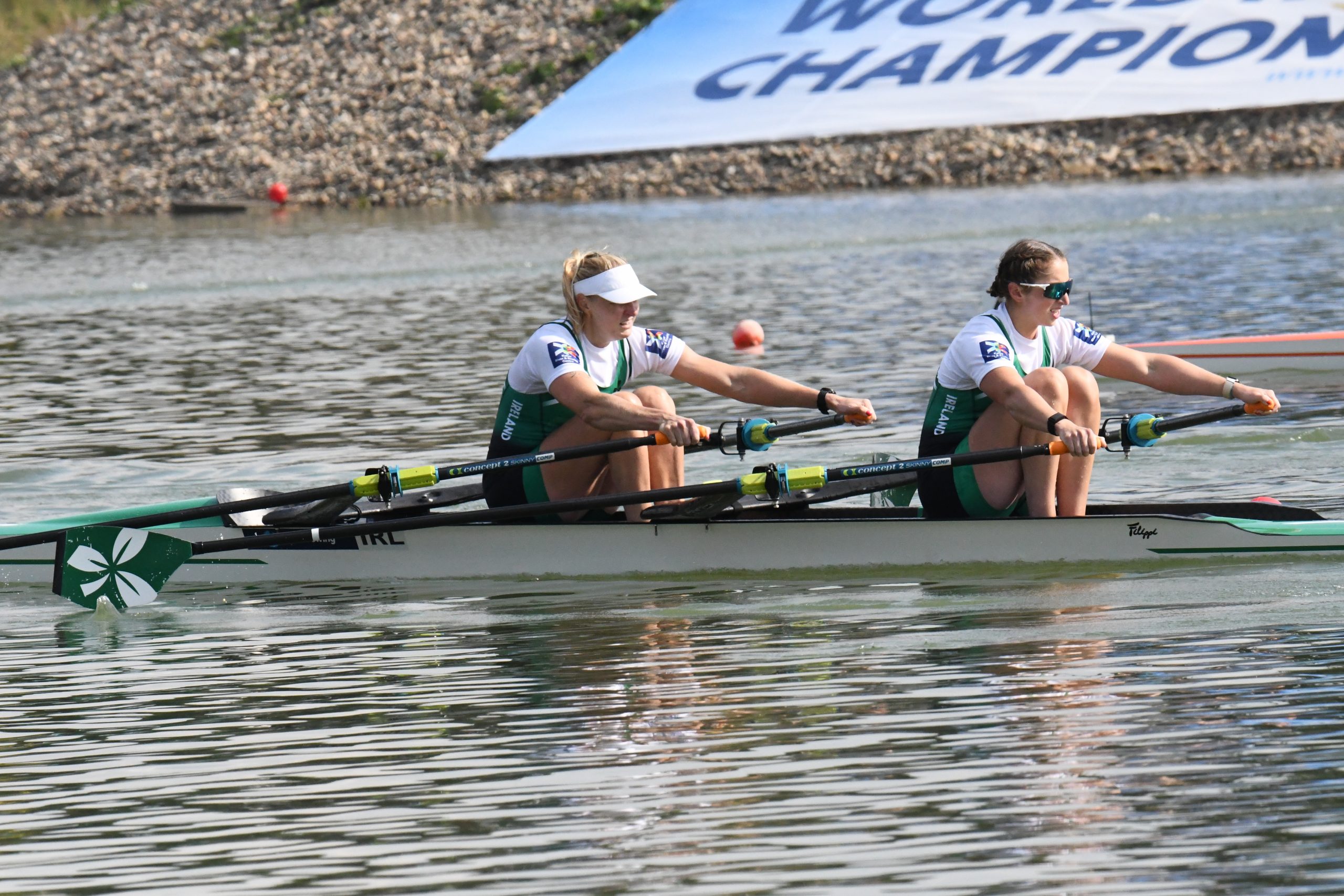 Sanita Puspure and Zoe Hyde (above) won a fourth medal for Ireland on the final day of the World Rowing Championships in Racice.
The women’s double sculls final served up an exciting finish. Romania and the Netherlands annexed the top two places, but Ireland and Austria fought to the line. Puspure and Hyde dug in and gave it everything and deservedly took the bronze.
The successful Sunday followed a starry Saturday and exciting Friday. Paul O’Donovan and Fintan McCarthy won gold in the lightweight double sculls; Aoife Casey and Margaret Cremen pulled out the stops to take bronze in the women’s lightweight double. Katie O’Brien started the run when she won gold in the PR2 single.
The Sunday session produced a sobering moment for the Sinkovic brothers. The famous Croatian crew could not make the podium in the double sculls as France took the gold. The United States won the B Final, while Ireland’s Konan Pazzaia and Phil Doyle won the C Final, placing 13th overall.
The Ireland crew had been desperately unlucky not to have qualified for at least a B final – in the quarter-finals the lost out by 0.03 of a second in a time which would have put them through in any other race. They had overlapped with the United States.
Brian Colsh took third in his C Final of the single sculls. This placed the 20-year-old 15th overall at his first World Championships.
In the women’s single, Alison Bergin was fifth in a race won by Kara Kohler, an American star who came into the Championships with hopes of a medal.