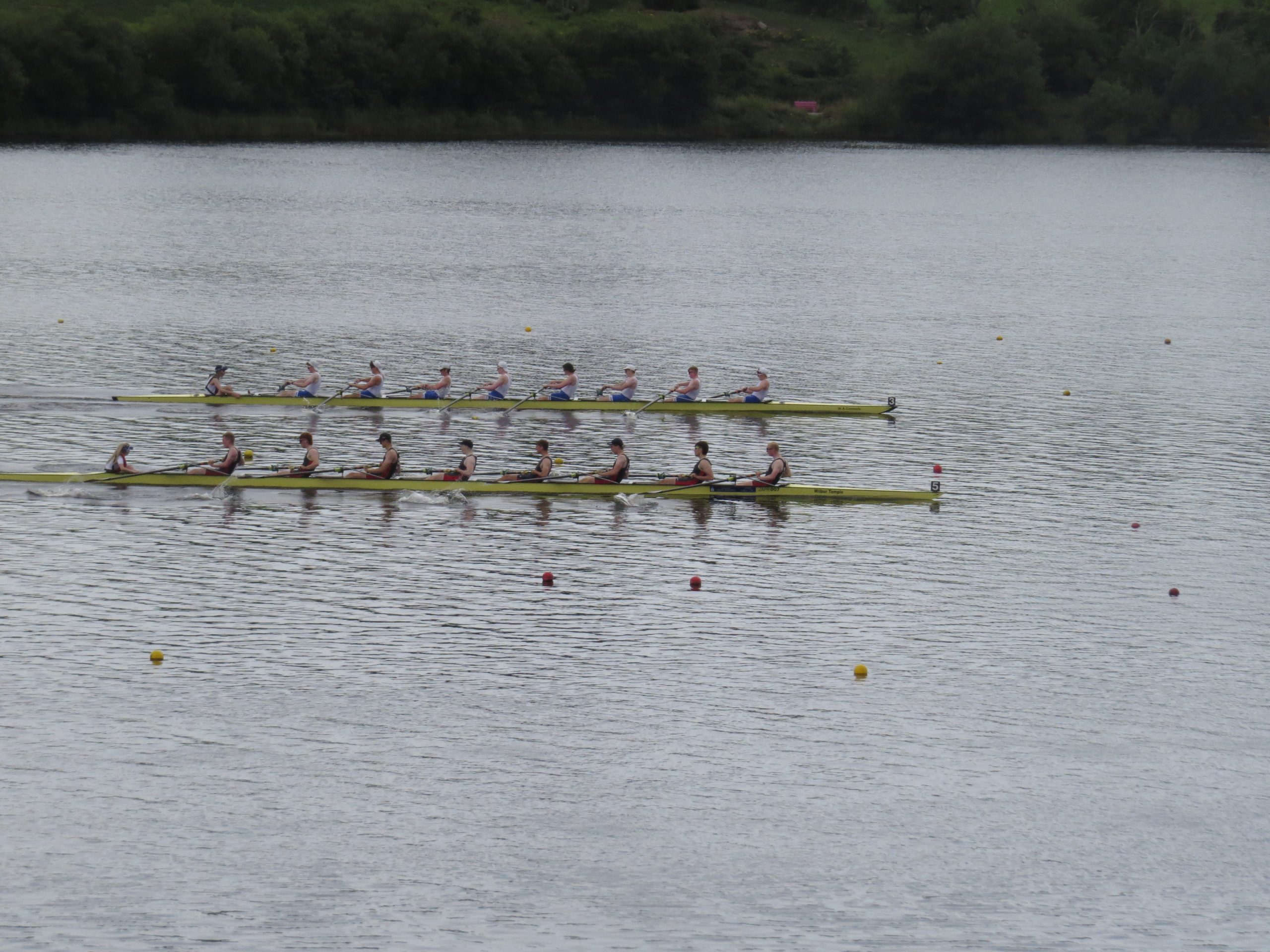 St Joseph’s of Galway (far side) and Enniskillen RBC produced what will surely be the race of the 2022 Irish Championships on Saturday’s second session of finals. The crews in the men’s junior 18 eights were so close crossing the line that both were credited with the same time and only long perusal of the photo finish decided the issue.

Enniskillen sprung into an early lead, but St Joseph’s never let them ‘snap the elastic’. There was less than a length in it with 300 metres to. St Joseph’s clawed their way level and briefly led, before Enniskillen pushed coming to the line. St Joseph’s – barely – won the day.

There was a good mix of winners in the seven other Championship races: Molly Curry of Queen’s and Michael Hourihane of Skibbereen put in eye-catching performances in the women’s intermediate and men’s club singles, while Enniskillen’s women’s junior four were also emphatic winners.

NUIG won the men’s intermediate pair and the women’s club eight, continuing a great run for them at the National Rowing Centre.

The las two finals of the day went to the UCC and a composite including the Cork college. The UCC/Queen’s composite of Nathan Hull, Ronan Byrne, Ross Corrigan and Paul O’Donovan were smooth winners of the men’s senior quadruple, while Emily Hegarty and Tara Hanlon were by far the best senior women’s pair.

Some time trials were brought forward from Sunday because of the forecast of tricky winds.