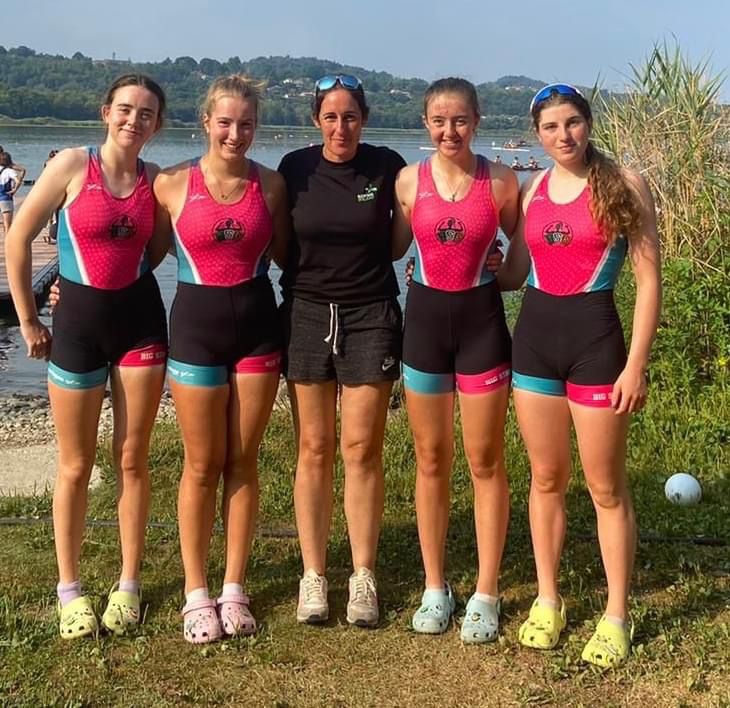 Another excellent day for Ireland at the World Under-23 and Under-19 Championships at Varese in Italy.
Two boats joined the men’s four in qualifying for Under-23 A Finals on Saturday – single sculler Alison Bergin gets the chance to join them from her semi-final at the rescheduled time of 9.30am tomorrow – while both Under-19 crews won to progress to semi-finals.
Konan Pazzaia and Brian Colsh took third in the men’s double semi-final. Belgium, Germany and Ireland raced each other until they were clear of the field. Belgium broke away and won, while Germany then took second and Ireland the final A Final place.
In the men’s lightweight double sculls, Ciarán Purdy and Hugh Moore raced well to take second in a tight race. Four boats were in the hunt for the three A Final places. Turkey took the lead at 850 metres, while Ireland, France and Belgium chased them. The Turks held off a really good finish by Ireland to win, while France won their own battle with Belgium for third.
The Ireland under-19 women’s quadruple (pictured) got the day off to a spectacular start. Stroke Kate Reidy of Lee celebrated her 17th birthday memorably as the crew won. They came out of the pack just after half way and kept that lead. Behind them, Canada lost out on a direct qualification place for the semi-finals, as South Africa and New Zealand took second and third.
This is a really high-class event. In the other two heats, won by Germany and Romania, the six qualifying crews all came home inside Ireland’s time – but Ireland had over a length to spare in their win. The semi-finals should be interesting!
There were no second chances for Holly Davis and Anna Keating in the repechage of the Under-19 double sculls – finish in the top two or drop to the C Final. The best way to do this was to win. The two 17-year-olds saw it that way too: they duelled with Switzerland to 60 metres short of halfway, then took over. They had clear water over the Swiss at the end.