UCD and Shandon Light Up Henley for Irish 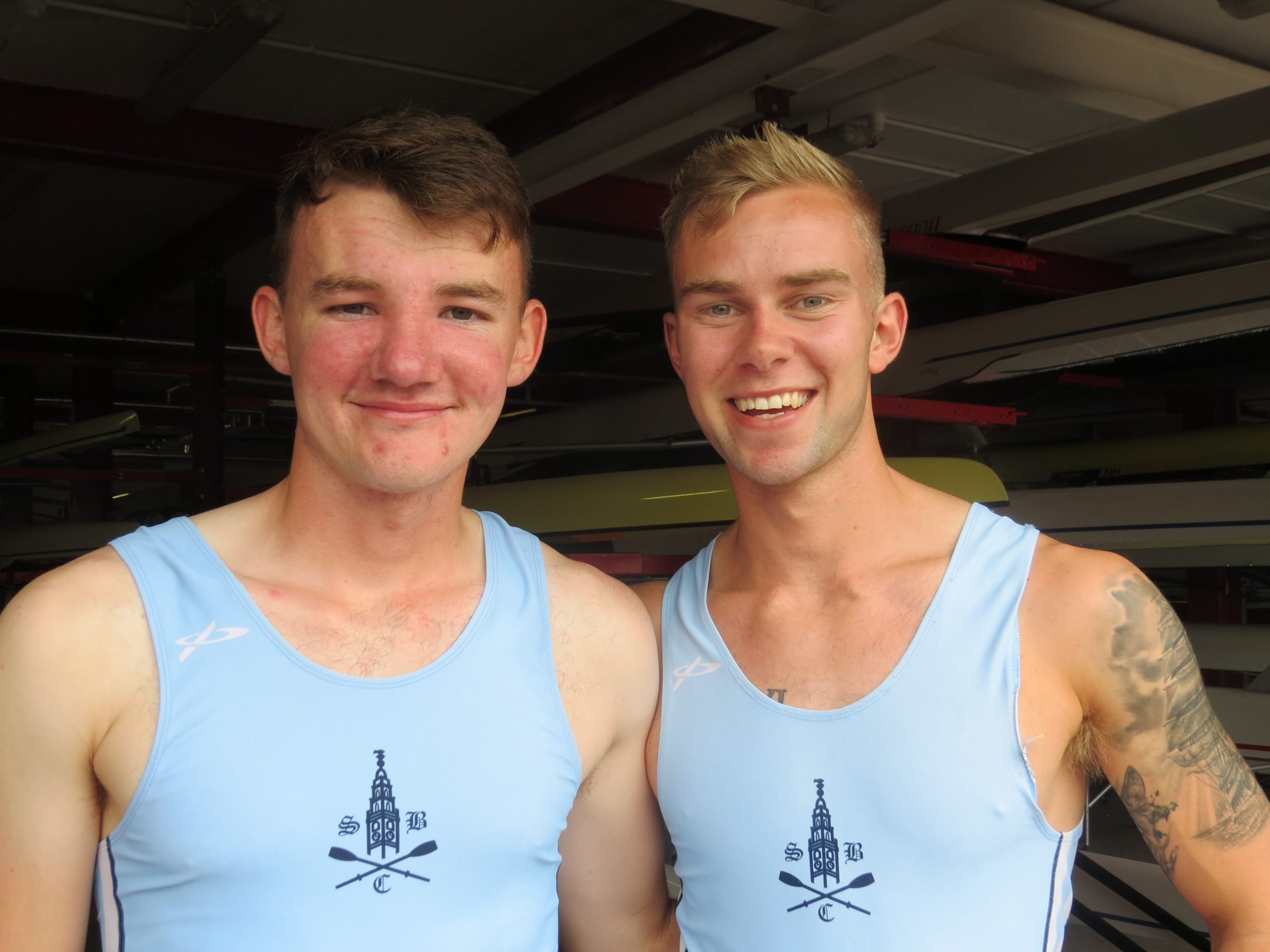 Shandon, who are new to the regatta, have looked right at home over this course and distance. The Wyfold club four of Colm Hennessy in bow and Stephen O’Sullivan in stroke (pictured), with Conor Butler (two) and Ciarán Brady (three), won convincingly for the second day in succession.

Today, City of Cambridge provided the opposition. While the Irish crew started well and kept a very steady line in the choppy water and windy conditions, the Cambridge men were off line early on and when they finally built up momentum they never really troubled the men in blue.

In the Island for women’s student eights, UCD also looked the part. They rowed off the Bucks station but were not inhibited – indeed, driven by Alison Daly in the stroke seat, they set a rating of 37 and got out in front of Oxford University Women’s Boat Club. They then dug in, rating in the mid 30s, and were never caught. They won by one length in a good time of 7 minutes 54 seconds. They go on to meet Yale, who are a selected (seeded) crew.

In the Visitors’ Cup, UCD’s men’s four were the selected crew, but they lost out to Cambridge University. UCD steered poorly.

Not every crew makes a good go of starting off the Bucks station, but Vesta did in their race against Commercial. This round of the Britannia was a good contest from there. Vesta built a lead of three-quarters of a length. The Commercial crew of Patrick Moreau, Sam Kennedy, Colm Dowling, stroke Jack Smith and cox Elizabeth Moody pushed hard in the Enclosures, but could not catch Vesta, who were given the verdict by half a length.

UCD came up against a selected crew in University of Washington in the first round of the Prince Albert for student coxed fours. The American crew, on the Bucks station, started a little better than UCD and took the lead. They pushed on and built it into a win by two and a quarter lengths.

Eton are going for their third successive trophy in the Princess Elizabeth for junior men’s eights. Their win over Enniskillen in the Princess Elizabeth was expected – but remained impressive. The boys in light blue were strong and long in their stroke, building a lead steadily. Enniskillen could not bite into it and were almost four lengths behind at the finish line.

In the final race of the day with Irish involvement, Enniskillen lost to Headington in the Prince Philip for junior women’s eights. The Irish crew started crisply but could not deal with the speed of the bigger Headington crew. Headington are the defending champions.