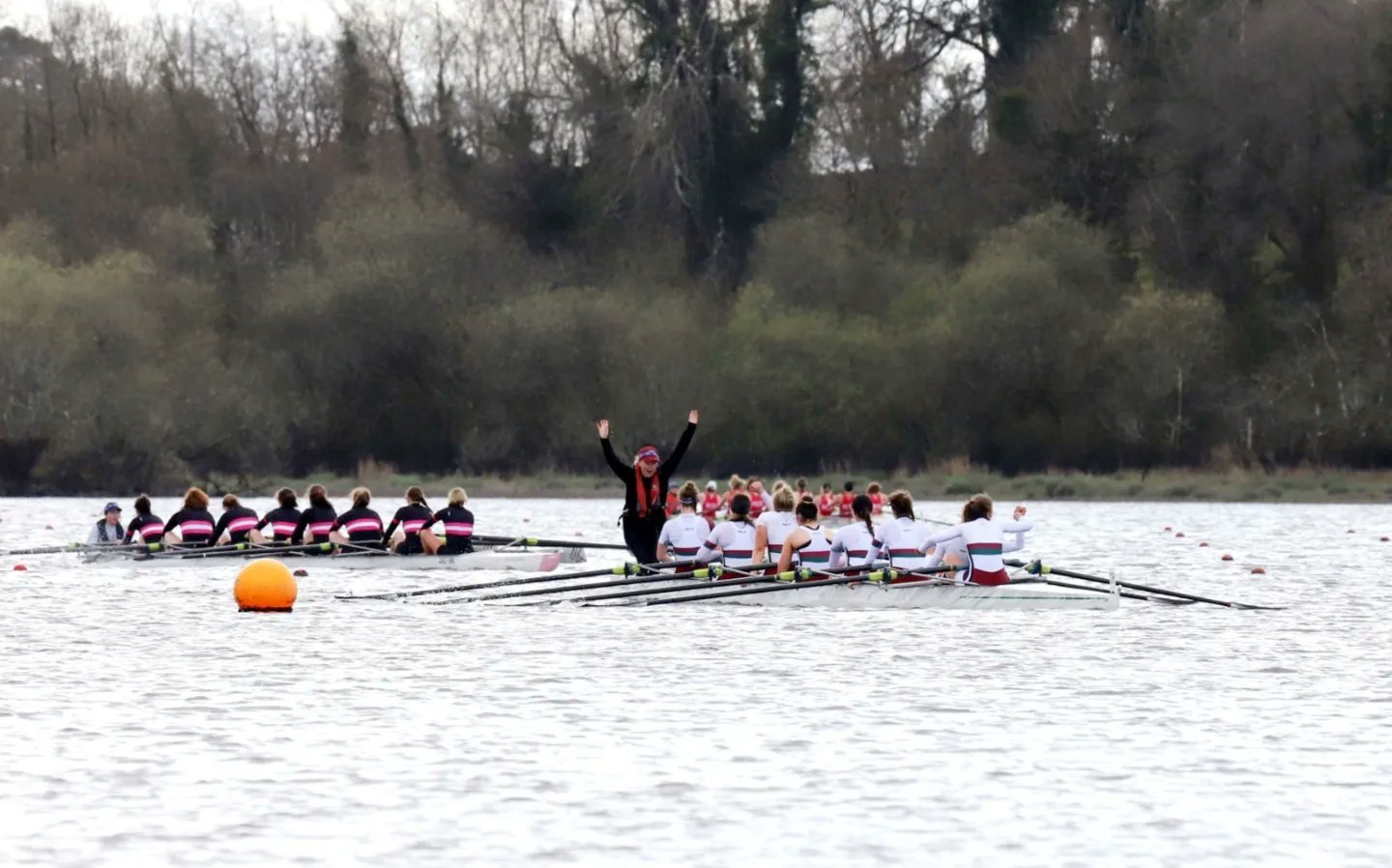 UCD won the men’s and women’s senior eights to finish off a very successful day for them at the University Championships of Ireland at Lough Rynn in Leitrim.

The Overall winners’ award went to UCD. They won the Wiley Cup for men, as they had won the men’s club eight and novice eight before taking the senior eight. Trinity came out victorious in the men’s intermediate eight.

The UCD women took the Bank of Ireland trophy through their wins in the senior and intermediate eights. NUIG (above) won the Club eight.

The two races at the end of the programme matched the tenor of the day. UCD’s men’s senior eight beat Trinity by 3.6 seconds, while in the women’s senior eight, NUIG were the closest to UCD, coming in over eight seconds behind the winners.