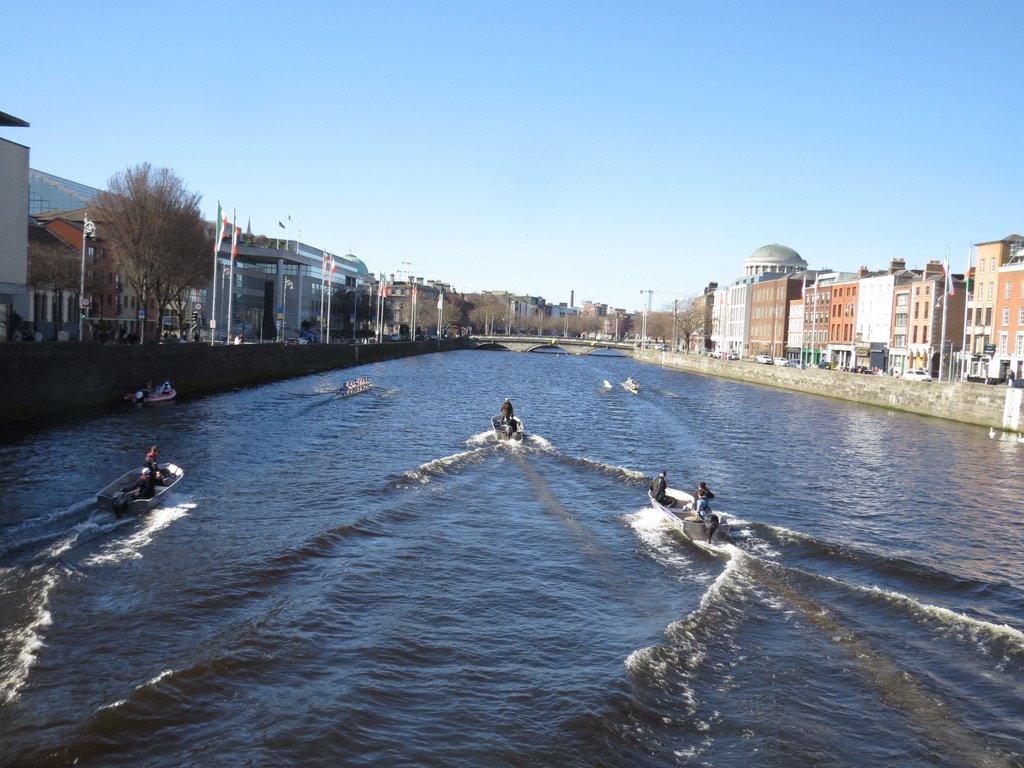 UCD won three of the four titles on offer at the Colours Rowing Races on the Liffey today. Good starts were crucial on a bright day with a strong tailwind, and UCD also took advantage of the favourable North Station to win the Gannon Cup for senior men, the Corcoran Cup for senior women and the first race of the day, the Sally Moorhouse trophy for novice women. Trinity’s novice men’s crew won the Dan Quinn Shield.

The men’s senior race was shockingly one-sided. Trinity came in as favourites, but as the crews passed under Capel Street bridge, UCD had already taken command. They had 9.3 seconds to spare at the finish.

The UCD six man, Andrew Kelly, had lost his mother, Olwyn, during the week, but the medical student did his part and rowed. “I decided only yesterday,” he said.

Trinity were without their coach, Paul Thornton, due to Covid issues, while Ireland Olympic medallist Aifric Keogh also missed out on rowing for Trinity’s senior women’s crew.

UCD’s women have been building in recent years after a lean spell, but their 20.2-second winning margin in the Corcoran after a five-year gap (albeit the race was not held in 2020 or 2021) was a surprise. Coach Tom Sullivan, who is 86 this year, looked as sprightly as ever as he worked through the race with the women at the end.

The day had started with a good win for UCD’s novice women, in a contest which was close through the opening stages. The balance was then quickly restored through Trinity’s big win in the Dan Quinn Shield, though it would be UCD’s day in the end.